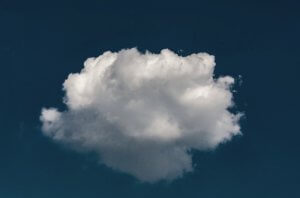 As you may recall, the JEDI contract was contentiously fought over by Microsoft and Amazon, even after the Pentagon announced that they had selected Microsoft. Eventually, the JEDI cloud contract was cancelled.

According to CNBC, the GSA announced the following: “The Government anticipates awarding two IDIQ contracts — one to Amazon Web Services, Inc. (AWS) and one to Microsoft Corporation (Microsoft) — but intends to award to all Cloud Service Providers (CSPs) that demonstrate the capability to meet DoD’s requirements.”

This is being handled differently than how things were handled with the JEDI contract. This new cloud initiative appears to have an interest in working with both Microsoft and Amazon Web Services – but also seems to want to award other CSPs that can demonstrate the capability that meets the Department of Defense’s requirements. The JEDI contract was “winner take all” and that led to some complaints when the DoD chose Microsoft over Amazon.

According to TechCrunch, Microsoft and Amazon went to court over the decision, and the Pentagon got tired of it and decided to scrap the JEDI project altogether. As such, there is now a new cloud infrastructure project that appears to be interested in accepting both Microsoft and Amazon Web Services at the same time.

I cannot help but wonder if teams from those two companies will be able to work together, or if one will insist they are not being treated fairly. There is also the possibility that smaller CSPs, who don’t meet the DoD’s requirements, will end up going to court over this.