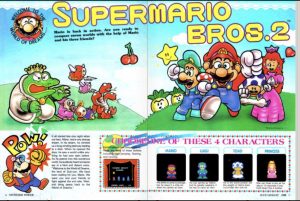 Coverage of the gaming industry is virtually inexhaustible at this point. Pick any console, platform, franchise, or game title, and you’re likely to find a plethora of blogs, vlogs, and podcasts catering to that subject. But back in the days when the original Nintendo Entertainment System (NES) reigned supreme over the gaming world, news about the console and its attendant game titles wasn’t so easy to find. As a video-game obsessed kid, I remember the wait in between new editions of Nintendo Power magazine (and its predecessor, Nintendo Fun Club News) felt like a lifetime, despite the publication’s bi-monthly print schedule.

In its day, Nintendo Power magazine was required reading for anyone who took their gaming exploits seriously. Each issue came packed with news on the latest games and gaming accessories, as well as helpful things like gameplay maps and cheat codes. Just in time for the upcoming release of the NES Classic Edition (was this planned or just pure coincidence?), the entire run of Nintendo Power magazine has been digitized and archived online.

I took a quick flip thru the first issue, which features write-ups on NES classics Super Mario Bros. 2 and Double Dragon. The digital magazine even contains a reader survey that was filled out by the magazine’s original owner but never clipped and sent. There’s also a short piece on the latest Pee-Wee Herman film, as well as a celebrity player profile section devoted to Candace and Kirk Cameron.

Get your own Nintendo Power nostalgia fix at Internet Archive, where the magazines can be flipped thru in all their original glory.