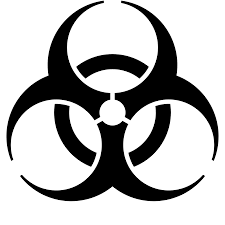 When exactly does your milk go bad? There’s a helpful “sell-by” date printed on the packaging to give you an idea of the liquid’s shelf life. But at best, that date is an educated guess. Of course, sometimes it’s really obvious when milk has gone sour. But sometimes, it’s not so easy to tell. Fortunately for me, Jen has a keen skill for detecting when food products have gone bad. But on my own, I know I’ve consumed my fair share of food items that were probably better sent down the drain or into the trash.

Once again, new technology comes to the rescue in the battle against spoiled milk. Using 3-D printing, engineers have developed a cap that can be used with milk jugs to determine when the milk has gone bad. The cap uses a special sensor that’s able to detect changes in electrical signals caused by the proliferation of bacteria. To test your milk, all you need to do is tip the container until some of the milk comes in contact with the cap. From there, the cap will indicate if the milk is still good or not.

Researchers are hoping to find ways to expand this technology to other food products, eventually including things like Internet connectivity so food sensors can report directly to computers or smartphone apps. Finally, we’ll able to use an actual product of science to know when our leftovers have become an actual science project of their own!