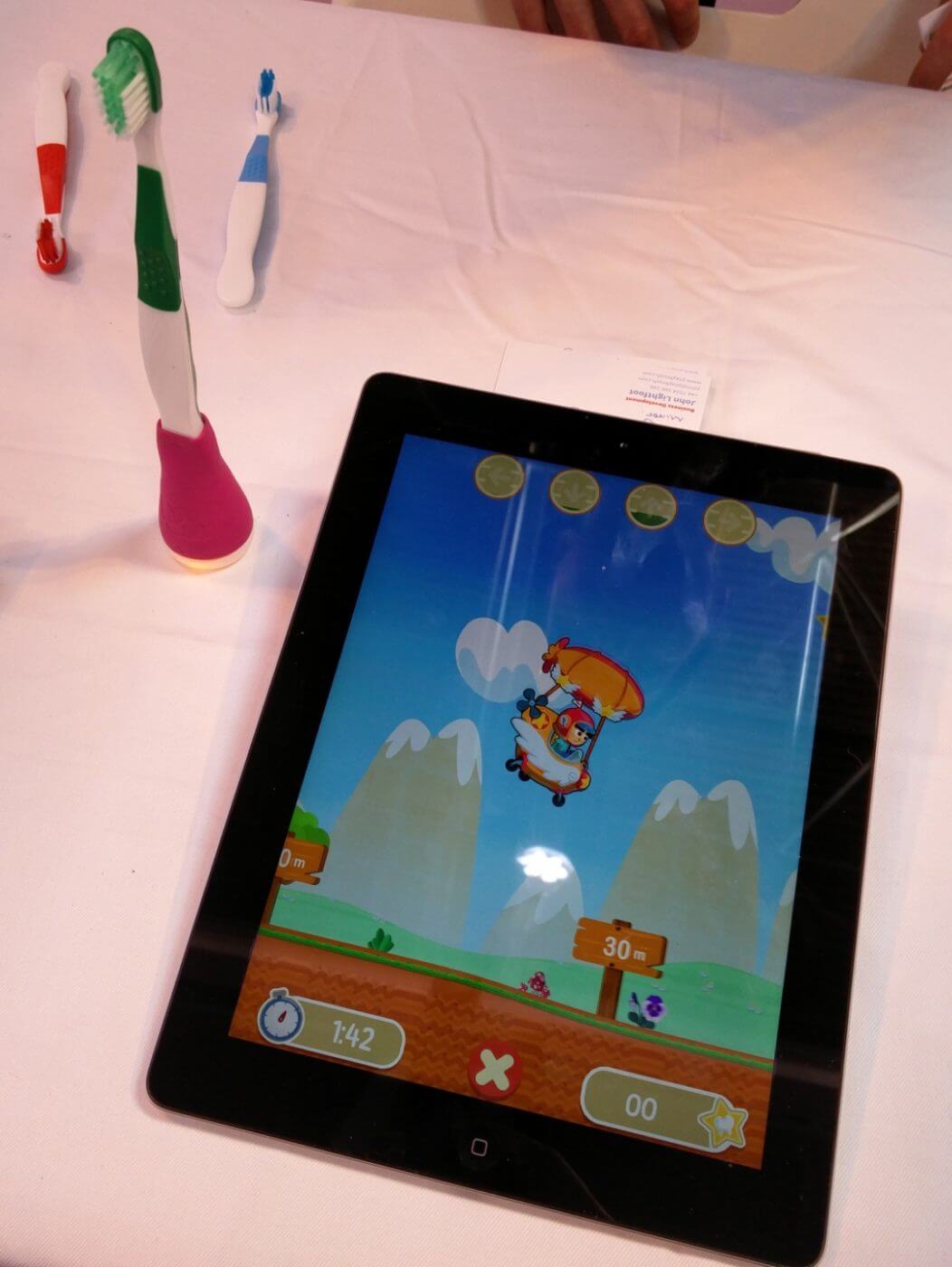 TikTeck are coming to market with the sole purpose of bringing affordable products direct to the consumer and cutting out the middleman. With only a few gadgets available, Daniel chats with Rex Chen, VP Product Development of TikTeck to find out what’s in store.

In the first wave of products, there’s a Bluetooth-controlled smart LED bulb displaying 16 million colours for only US$9.99. You don’t need me to tell you what a bargain that price is. The companion smartphone app runs on both iOS and Android, providing group controls and timers, much like some of the market leading apps. Available for pre-order now with delivery expected end of February. 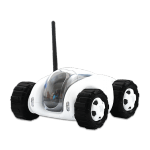 Combining both security and fun, the next product is a wireless camera rover. It’s a digital video camera on a remote controlled buggy which can be steered and monitored by wifi from a smartphone. US$69.99 when it goes on sale. I want one – the black version in the interview looks positively menacing.

Finally, TikTeck have a smart finger ring that measures heart rate and tracks activity and sends the data back to the smartphone by Bluetooth. It looks far more like a man’s ring than it does a fitness tracker. Price not finalised but likely to be in the $50-$100 range. 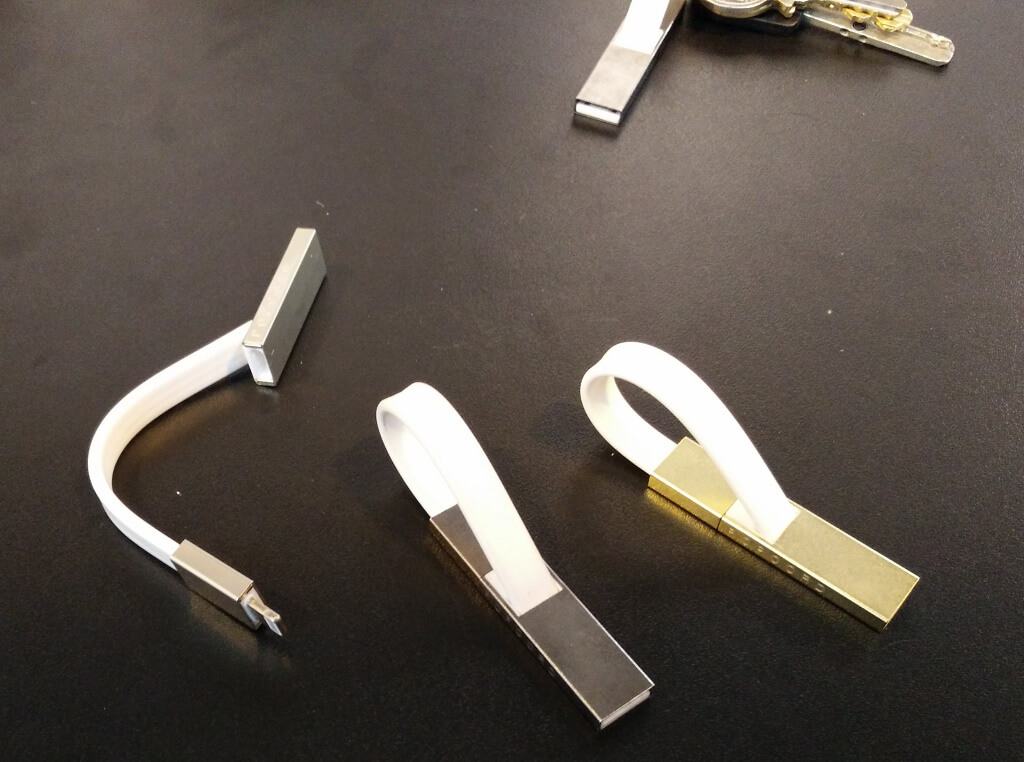 Child-friendly products are fertile ground for inventors and it’s no surprise to see a number of ideas presented at Gadget Show Live as part of the British Inventors’ Project. Here is Doddl, a cutlery (flatware) set for children that has uniquely shaped handles to help the child hold the knife, fork and spoon. 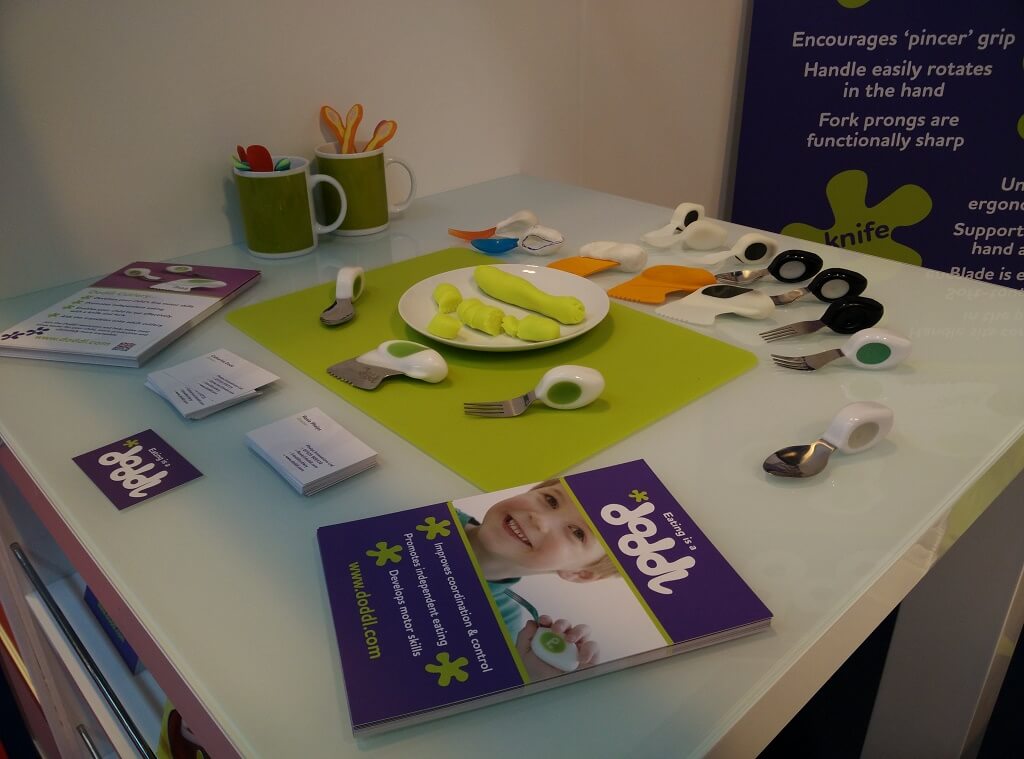 Doddl will be pre-ordering on Kickstarter from Sunday 3rd May (though there is an older campaign on CrowdShed). Make eating a Doddl!

SafeSip is a reusable drinks cover that fits almost any glass, mug, cup or can to stop spills. It’s a simple product that has myriad uses with children, the elderly, during travel, on picnics or in places where a liquid leak would be disastrous.

Made from food-grade silicone rubber, the SafeSip can be pulled over a wide range of drinking vessels, including fizzy drink (soda) cans, with a straw pushed through a self-closing hole in the SafeSip. It’s dishwasher safe, works with both hot and cold liquids, and comes in eight different colours. Another great product from the British Inventors’ Project at the Gadget Show Live. 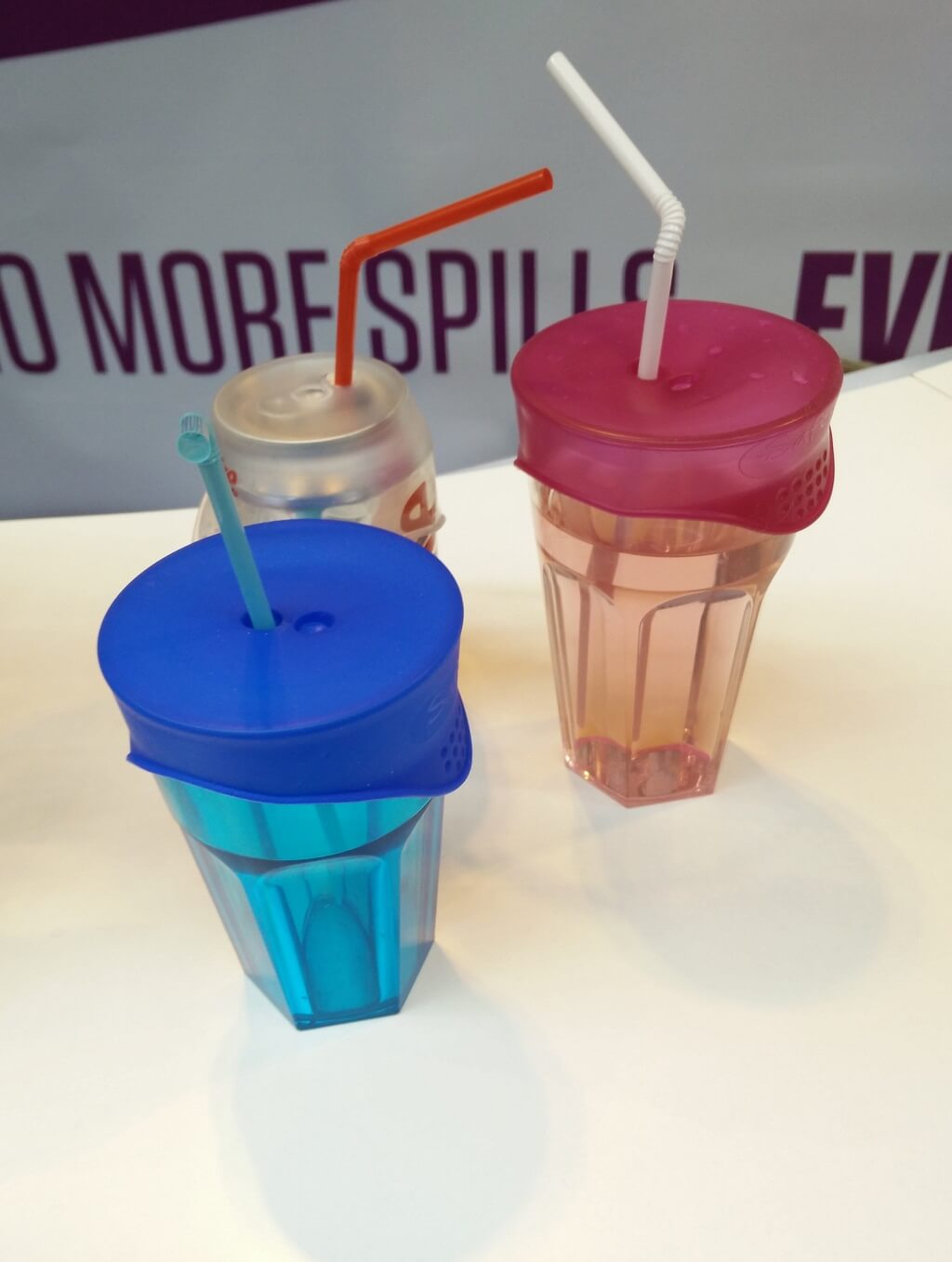 The next invention from the British Inventors’ Project at the Gadget Show Live continues the culinary theme and aims to fix the eternal problem of spreading butter straight from the fridge. Introducing the EasiSpread heated butter knife.

The first implement in the EasiChef range of kitchen utensils, the EasiSpread heats the leading edge of the knife to a little under 40C, softening the butter and making it much easier to spread on bread or bagel. The knife is heated electrically and the built-in battery can be recharged in the optional EasiDock charging unit. The blade itself is detachable and dishwasher safe, and it is expected that additional implements will be available in the future, including a heated ice cream scoop. I’d buy that version – nothing worse that chiselling out ice cream at -25C when the fancy takes you! 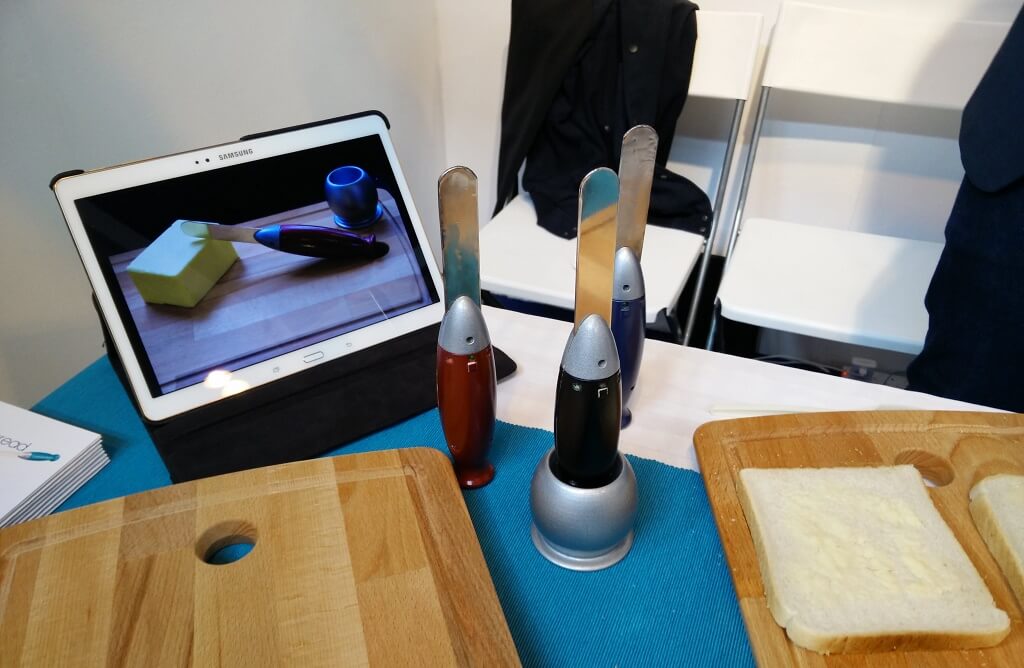 I received my Fitbit Force on Saturday, although I wasn’t able to pick it up at the apartment rental office until Monday. I have now been using  it for two days now and overall I love it.

In the package is the Fitbit Force, a charging cable and the wireless syncing dongle. The only directions you get is to go to the Fitbit setup site. It is there that you down load the software to link the Fitbit Force to your computer and finish the set up. The one thing I did appreciate was the fact that the Fitbit Force was charged up enough when I received it so that I could use immediately after the setup. After two full days of usage I am currently charging it. With a full charge it is supposed to last 7–10 days. It actually finished charging in about an hour.

If you are unfamiliar with the Fitbit family of products, they are basically pedometers on steroids. They measure the number of steps you have taken, how far you have walked or run and how many stairs you have climbed (except the Fitbit Flex). You can also use them to measure your sleep profile. The Fitbit Force is similar to the Fitbit Flex in that unlike Fitbit’s previous products you wear it on your wrist instead of clipping it to your clothing. However, unlike the Fitbit Flex the Force has a screen so you can see everything right on the device. I have used it both at night and during the daytime and  the OLED screen can easily be seen in both bright sunshine and in the dark. There is one small button on the side that you use to toggle through the various screens and to start or stop the stop watch if you are timing your walk or run. It can also be used as a watch, although you do have to hit the button for the screen to become visible. If you want to use it to track your sleeping habits you simply tap on the button twice just before you fall asleep to start the timer. Then in the morning tap it twice again to stop it.  The Fitbit Force can tell when you have been awake at night or restless and when you have been asleep.   It is also water-resistant, I wore it while bathing and washing dishes without any problem.  However I wouldn’t recommend wearing it swimming or snorkeling.

Now the bad news, the Fitbit Force is ugly. The band is made of a rubber like material and at this point comes in only two colors, black and a dull metallic blue. It is ugly but it appears to be durable. It is slightly wider then the Fitbit Flex for the screen. Everything is in one piece, so if you have a problem with the wrist strap or the screen you have no choice but to send the whole device back. It is also a pain in the neck to put on if you are doing it by yourself. You have to put little nibs into their corresponding holes and then press them together. Try to do that with one hand it is not easy.