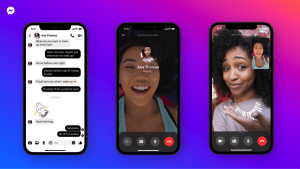 Facebook Messenger announced that they are rolling out the option to make voice and video calls end-to-end encrypted on Messenger, along with updated controls for disappearing messages.

People expect their messaging apps to be secure and private, and with these new features, we’re giving them more control over how private they want their calls and chats to be.

Here is a quick look at what’s new:

Updated controls over Disappearing Messages: Messenger also updated the expiring message feature within their end-to-end encrypted chats. They updated this mode to provide more options for people in the chat to choose the amount of time before all new messages disappear. From as few as 5 seconds to as long as 24 hours.

Here are some things Messenger says are coming soon:

End-to-end encrypted group chats and calls in Messenger: They will begin testing end-to-end encryption for group chats, including voice and video calls, for friends and family that already have an existing chat thread or are already connected. They will also begin a test for your delivery controls to work with your end-to-end encrypted chats. That way, you can prevent unwanted interactions by deciding who can reach your chat lists, who goes to your requests folder, and who can’t message you at all.

I find it interesting that this Messenger post appeared shortly after Apple’s controversial decision to scan the iCloud photos of some users hit the news. Messenger, which is part of Facebook, appears to be trying to look like the “good guys” in this situation.

It is important to keep in mind that Facebook (and its extensions) will continue to gather your data and track you. They are giving you the option to use end-to-end encryption on calls and videos, but probably hope you won’t actually opt-in. 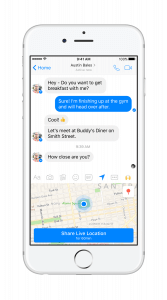 Facebook has introduced a new way to share your location in Messenger. The new Live Location feature makes it simple and seamless for you to choose to share where you are in the real world with your friends and family. This is rolling out globally and is available on both iOS and Android.

We’ve been testing this for a little while, and people tell us that Live Location is helpful when trying to coordinate with friends, telling people how close you are when you’re on your way to an appointment, or even sharing where you are with your roommate when you’re on your way home at night. You can share your Live Location with a group of friends in Messenger or just with one person – it’s up to you!

Once you share your Live Location, the person or people you share it with will be able to see where you are on a map for the next 60 minutes. Users have the option to stop sharing their location at any time – by tapping a button called “Stop Sharing”.

This new feature also enables people to share a static point on a map (instead of sharing their Live Location). It is useful for when a group of people want to meet at a specific place. I can see people making use if this feature at crowded conferences or cafeterias.

The Live Location feature is still rolling out. You can check to see if it is available where you are by visiting the Facebook Help Center.  The last sentence on that post might say “Live Location isn’t available in your area yet.”