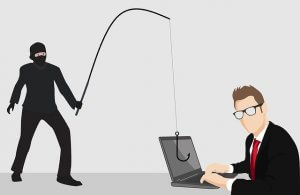 The U.S. Department of Justice (and the United Kingdom’s National Crime Agency) announced the unsealing of criminal charges against a 32-year-old hacker who goes by the name “aqua”, of Moscow, Russia. He has been charged with international computer hacking and bank fraud schemes that started in 2009 and spanned a decade. In addition, a second person from Yoshkar-Ola, Russia, was indited for his role related to the “Bugat” malware conspiracy.

Wired reported that these hackers were part of a group called Evil Corp, through which they siphoned off tens of millions of dollars from unwitting victims. Wired provided a good explanation of what the hackers were allegedly doing.

They’d convince victims to click on a malicious link in a phishing email to download Bugat. Once installed, the malware would use a variety of techniques to steal: a keylogger to grab passwords, or creating fake banking pages to trick someone into voluntarily entering their credentials. Armed with that information, the hackers would arrange for electronic funds transfers from victim bank accounts to a network of so-called money mules, who would then get the funds back to Evil Corp.

While I do not condone what these two individuals allegedly did, I cannot help but laugh at the name they chose. Evil Corp sounds like something the bad guy in a cartoon would name their organization.

The name is also used in Mr. Robot, where one of the characters refers to a multinational conglomerate called E Corp as “Evil Corp”. One of the plot lines in Mr. Robot involves hackers wiping out E Bank (the most prominent portion of E Corp) in an effort to free millions of people from debt. To me, it seems like the hackers picked the most obvious name imaginable!