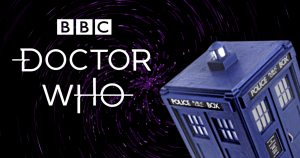 Twitch announced that they will stream 26 Seasons of Doctor Who starting on May 29, 2018. That’s over 500 episodes for Doctor Who fans to binge watch.

Join us and tons of other fans in Twitch chat for over seven weeks of classic Doctor Who, starting with the 1963 episode “An Unearthly Child.” Together we’ll make our way through the first seven Doctors spanning 26 seasons. Come relive (or experience for the first time ever) the origins of the iconic Daleks, the Cybermen, and the trusty Sonic Screwdriver.

Twitch will stream new episodes every day for eight hours starting at 11AM PDT, followed immediately by two eight-hour repeat blocks. There will be exclusive Doctor Who emotes for everyone who subscribes to /twitchpresents and a shiny new Tardis Cheermote.

Twitch is partnering with Yogscast to bring you seven new episodes featuring a cast of Doctor Who screenwriters, experts, and fans who will introduce each new Doctor and highlight some of the best upcoming story arcs.

There will also be prizes. Twitch will be giving away Doctor Who fan packs (which include a Tardis money box, a themed Monopoly set, and Doctor Who doormat) and a grand prize trip to London Comic Con. For more details about how to enter this sweepstakes, and to read the Official Rules, please visit the Twitch blog.