It’s rare that products sent for review offer any great surprises: usually gadgets arriving on my desk meet my expectations in terms of build, functionality and price. However, occasionally a device delivers more than expected and I’m pleased to say that this is one such occasion. The Divoom Airbeat-10 punches well above its weight with loudness and clarity that belies its diminutive size. Sorry if this ruined the review but let’s take a look anyway.

The Divoom Airbeat-10 is portable Bluetooth speaker with speakerphone. It’s splashproof and comes with a suction cup and bike mount, though Airboot is just as happy to sit on the table or hang from a hook. A USB to micro-USB cable is included for charging and a 3.5 mm stereo lead comes in the box for devices without Bluetooth. 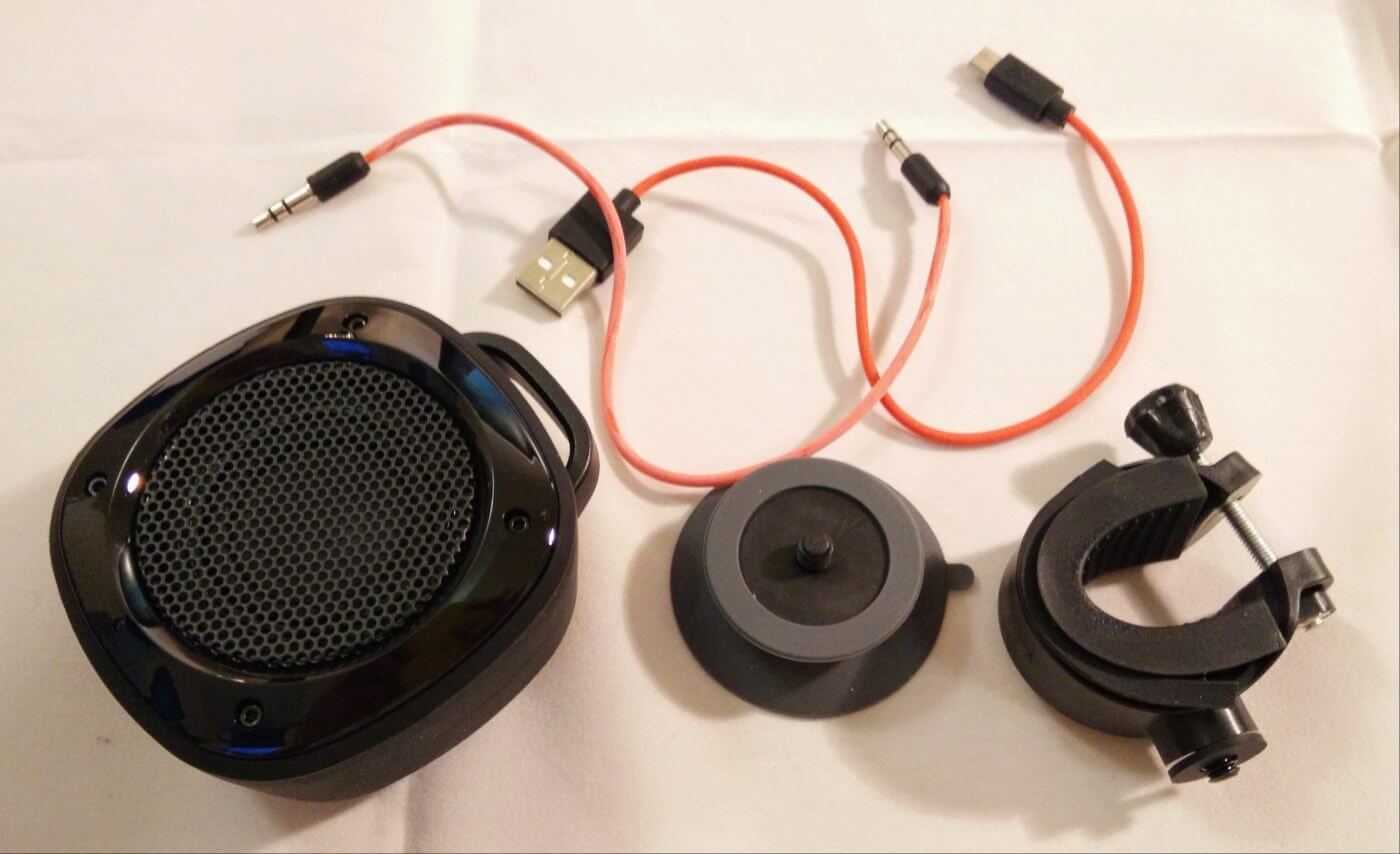 The Airbeat-10 is about 9 cm along the sides and around 4.5 cm tall. Covered in a soft touch rubber, it’s available in four colours; black, white, red and blue. An LED on the top lights up to show Bluetooth and charging activity, on the side there are four buttons for power, phone functions and volume up/down, along with a covered port for USB charging and 3.5 mm aux in. On the back of the Airbeat is a standard camera screw mount which is used for the suction cup and bike attachment but can be used with other camera accessories such as a GorillaPod. The Airbeat 10 weighs in at 155 g, meaning that it’s not hollow plastic.

Pairing is straightforward. Turn the Airbeat-10 on, search from the Bluetooth settings on the phone or tablet and pair up. Easy-peasy and time to make some noise.

And this is where the Airbeat-10 delivered well beyond my expectation – it produced rich and surprisingly loud sound for such a small device. Certainly it’s not audiophile hi-fi and it’s not stereo but for a pocket-sized portable device the Airbeat-10 is very good indeed. Music comes across well through the range with little of the tinniness normally associated with small lightweight devices and good amount of lower end bass. 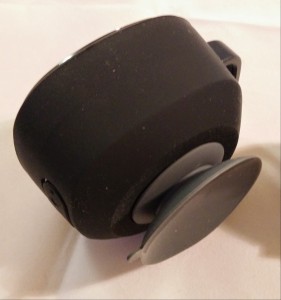 I had the Airbeat on my desk for the review period and it was great to have it handy for a quick listen for both music and podcasts. It’s portability and wireless connectivity meant that I could move it round my desk as I needed space. Battery life is a claimed six hours and that seems about right – I found that I needed to charge the Airbeat-10 once or twice a week depending on usage.

The Airbeat-10 is splashproof as well and with the suction mount, it’s ideal for use in the shower. I whacked it onto the tiles with the sucker, started the radio app before stepping in and listened to the morning news in the shower without getting my smartphone wet. Excellent.

There are three minor issues that I found with the Airbeat. First, when using it as a speakerphone, the microphone on the side needed to be pointing at the speaker otherwise the caller on the other end of the line didn’t hear too well. The second was that sometimes “silence detection” seemed to be overly aggressive and between music tracks or between people talking in podcasts, the Airbeat would go silent (presumably to save power) but then there would be a small pop as the sound restarted and the first half-second of speech or music would be lost. Adjusting the volume upwards on the smartphone or tablet usually helped. Finally, the soft touch rubber coating was a bit of a fluff magnet!

These niggles aside, I was impressed by the Divoom Airbeat-10. Although small, the quality of the sound and volume is better than anything I’ve heard at this size, and the portability and wireless connectivity make it the perfect casual speaker whether in the office, in the shower or out-and-about. At this time of year, I’d recommend it to the music Festival crowd and later in the year I’d be suggesting it as a great stocking-filler.

The Divoom Airbeat-10 is available from retailers worldwide with an RRP of £29.99 in the UK.

Thanks to Divoom for the Airbeat-10 for review.