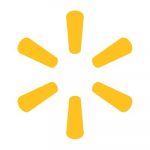 Walmart announced that they are set to launch a new pilot called Alphabot. It uses first-of-its-kind automation to help Walmart associates to fill online grocery orders faster than ever before. In other words, Walmart will use specially made robots to gather up groceries for orders that were placed online.

Individual Alphabots move through a specially designed warehouse with a bin. They go around and collect the items that are on a Walmart customer’s online shopping list. The Alphabots are under the control of a single Master Control System (MCS).

Each Alphabot will automatically bring items from storage to Walmart associates who will consolidate the items in the order. Human workers will handpick the fresh produce and meats that are part of an individual grocery order.

The Alphabot system is being installed at the Walmart Supercenter in Salem, New Hampshire, as part of that store’s grand opening. Walmart plans to have Alphabot online and running by the end of the year.

Associates and Alphabot will soon be teaming up to make Online Grocery Pickup even better through a small pilot at the Salem, N.H., supercenter. https://t.co/7pz0AXX9gd pic.twitter.com/JD2BLn1Qon