The Massachusetts Institute of Technology (MIT) has created a unique opportunity. They created the first-ever MIT Media Lab Disobedience award.  The winner will receive a cash prize of $250,000 – with no strings attached.

The award will go to a person or group engaged in what MIT believes is “an extraordinary example of disobedience for the benefit of society.” The award will honor work that impacts society in positive ways, and is consistent with the following set of key principles: non-violence, creativity, courage, and taking responsibility for one’s actions. Some examples include: scientific research, civil rights, freedom of speech, human rights, and the freedom to innovate.

People nominated for the award must meet eligibility requirements:

MIT will be accepting nominations from March 6, 2017 to May 1, 2017. You can nominate someone by filling out an online form. They plan to announce the winning recipient at their summer event on July 21, 2017. MIT will announce a shortlist of nominees prior to that event. 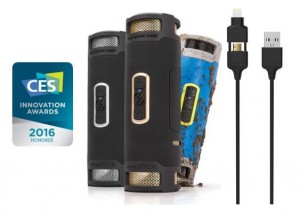 The boomBOTTLE+ is a waterproof, Bluetooth speaker designed to keep up with active lifestyles. The cylindrically shaped speaker, perfect for cyclists and outdoor adventurers, delivers impressive sound via large 55mm drivers and two passive radiators.

The smartSTRIKE Charge & Sync Lightning / Reversible Micro USB Cable is a two-in-one cable that utilizes a striking adapter that allows users to charge and sync their devices with either the Lightning or Micro USB connector. Ideal for users with multiple devices, this versatile cable alleviates consumers from having to carry two different charge and sync cables by offering one efficient solution.

The smartSTRIKE is equipped with the EZTIP Micro USB connector, which means the connector can be inserted into the Micro USB port either side up. Its slim barrel design fits most cases, providing the added convenience of not having to detach a case from your device in order to charge or sync data. It will be available in black or white in 3 convenient lengths: 10 inch, 3 ft., and 6 ft. – in early 2016. 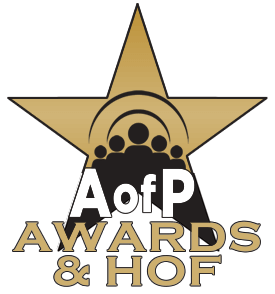 Every year, CES is packed with interesting and innovative products. I think it must be rather difficult to figure out which ones are the very best. CNET, however, has done exactly that. CNET announced the official “Best of CES” Award winners at International CES 2013 from the CNET Stage.

This year, Razer Edge received both Best of Show and the People’s Voice Award. Lindsey Turrentine, Editor-in-Chief, CNET Reviews had this to say about it:

The People’s Voice Award was decided upon based on hundreds of votes that came from the online audience of people who wanted to see their favorite gadget at CES 2013 get some recognition. The Best of Show Award was selected by more than 90 CNET editors who reviewed hundreds of products at CES 2013

There were also several Best of CES 2013 Award Winners. They are:

Gaming
Razer Edge
As a winner of three Best of CES 2013 awards, one can safely say that Razer Edge did really well this year.

PCs and Tablets
Lenovo 27-inch Horizon Table PC
Yes, it really should say “table” and not “tablet”. The device is large and could easily take over the entire surface of your coffee table!

TVs
Samsung UN85S 4K/UHD TV
It is a floor standing television that is mounted on what looks very similar to an artist’s easel. You can tilt it up and down. It is backlit with a full array of LEDs and has 4K ultra high-def resolution.

Car Tech
Chevrolet MyLink 2nd Generation
The new version of MyLink will be on the 2014 Chevy Impala, and released later this year.

Wearable/Health
Fitbit Flex
A soft bracelet with a rubbery skin that is designed to be worn all day to track your movement, sleep, and calories burned.

Emerging Tech
3D Systems CubeX
It can print 3D objects in two colors and with both ABS and PLA plastic.

Networking and Storage
Seagate Wireless Plus
This is a wireless storage expander/media-streaming server for mobile devices.

Mobile
YotaPhone
The YotaPhone is a high-end Android 4.1 Jelly Bean smartphone with an e-ink display on the back.

And, there you have it! What do you think? Did CNET give awards to products that were your favorites, too? Or, do you have a differing opinion about what should have won a particular award?

The system is not just limited to power management as other remote monitoring and control technologies such as lighting and video can be included. The complementary iPad app allows the homeowner to select individual rooms within the property and make adjustments if necessary – for example, a thermostat could be turned down or the timings changed to alter when the heat comes on.

The overall solution won a CES 2012 Innovations Award so congratulations to GreenWave. Available now, starting from $200.

Congratulations to all of the shows that where nominated in this years Podcast Awards. With over 1.4 million listeners nominating almost 2,700 shows the review team had a hard time getting 220 selected. Nearly 13,000 people tuned in to watch the slate announcement. Congrats.

The 2008 People’s Choice Podcast Awards start in about a week and I have been very busy getting the site ready for the kick off. This year I have made some significant changes to the sponsorship model.

For the first time ever podcasters are going to be able to become sponsors to help promote their shows. This was done because we have had a huge demand in the past for a podcaster sponsorship category.

I am expecting a little over 3 million individual nominations and over 13 million page views in the next 6–9 weeks of the event.

For all of you that have asked to be a reviewer this year, I will be contacting you within the next week or so and getting you up to speed on how the process will work.

If your a podcaster get your audience members ready to nominate you as we are about to kick this thing off.