Geeks over a certain age will recall that smartphones and PDAs didn’t originally have finger touch interfaces and instead of using a digit to control the device, a stylus was used to tap and poke the buttons on the screen. Partly this was a limitation of the screen size – the original Palm Pilot 1000 only had 160 x 160 pixels – and the touchscreen technology, which was resistive and needed pressure to register a touch. The stylus was perfect for this kind of interface as the narrow point could accurately and forcefully tap an individual pixel. Today’s smartphones use a capacitive technology which senses electrostatic fields and the need for a pointy objected has faded in favour of fat fingers. 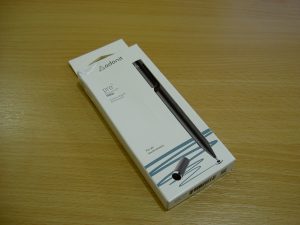 This doesn’t mean that the stylus has gone away but they certainly are a rarer. On my desk today is the Adonit Pro 3 precision stylus, which is the first quality capacitive stylus I’ve ever used. Yes, I’ve had a couple of those ones with the squidgy rubber tops, typically given away as freebies, but that’s like comparing a ballpoint with a fountain pen. The Pro 3 is a quality instrument. Let’s take a closer look.

The Adonit Pro 3 comes in a simple card box and the stylus itself is a dark grey cylinder with a chunky cut-out for the pocket clip. Adonit call it black, but it’s definitely dark grey, but for something brighter, the stylus is available in silver, dark blue and rose gold. The body is all metal (aluminium) and weighs in at 18g. It’s pen size at 126 mm long and 8 mm diameter. There’s a little light texturing on the barrel where fingers rest. It’s stylish in an industrial kind of way. I like it. 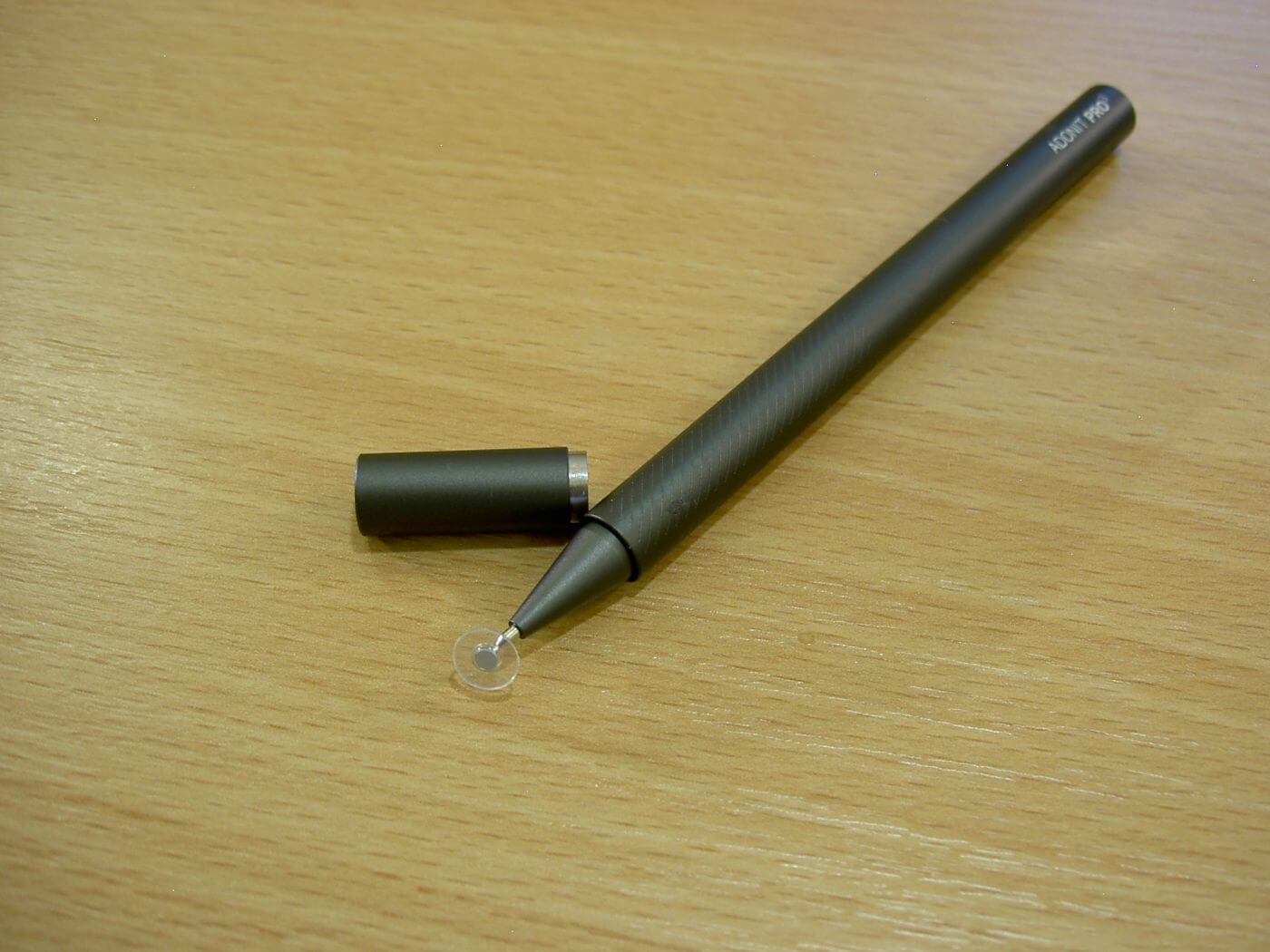 To protect the tip, there’s a stylus cap which is kept in place with magnets and when removed can be stored on the bottom of the pen. The cap can be a little wobbly but it never came off accidentally. Returning to the stylus, it’s a little different from styluses of the noughties. Instead of a point, there’s a pivoting small circular disk which flattens onto the surface of the tablet and smoothly glides over the glass. 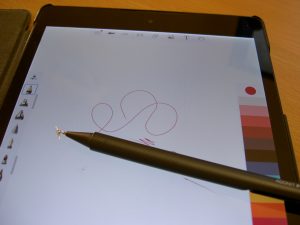 The Adonit web site and apps are very Apple-centric and I’m going to guess that you’ll probably need an iPad to get the most out of the Pro 3. I used the Pro 3 on a selection of Android and Windows touchscreen devices with a spectrum of success which varied from device to device. For me, the Pro 3 was most successful on a Pixel C, with the tablet responding positively to the vast majority of taps and draws. On a Nexus 9, it wasn’t quite as responsive, with the tablet sometimes failing to pick up the first touch in drawing apps. It worked surprisingly well with a Windows 8.1 laptop. 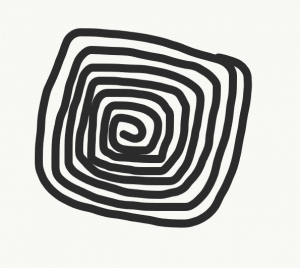 What lets the Pro 3 down is nothing to do with the Pro 3, but rather the lack of palm rejection on most Android and Windows apps. Simply, you can’t rest your hand on the tablet without disrupting the pen’s touch. As a result you have to hold your hand clear of the tablet screen. Apps on the iPad seem to have got this (more) sussed out.

Regardless, a clear benefit of the Pro 3 is the precision provided by the tip and the clear disk. It becomes possible to draw two lines with a millimetre between them. That’s simply impossible with a finger no matter how dainty your digits. A soft-tip stylus would be no better. I’m no artist but here’s a little doodle to show what’s possible.

Thanks to Adonit for providing the Pro 3 for review.