Tumblr announced the release of a brand new app. It’s called Cabana. Right now, the app is for iOS, only. (Tumblr says the Android version should be out in a few weeks).

Cabana allows people to video chat with up to five friends and watch stuff together. In other words, it allows you and five of your friends to watch the same video at the same time – and talk about it. It is a video based chat, not a text based chat. 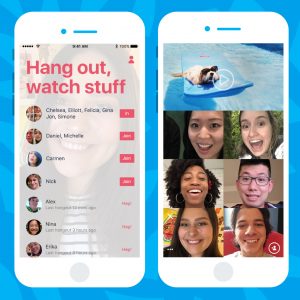 TechCrunch reported that Cabana is not designed to interoperate with Tumblr’s product, and it doesn’t take advantage of existing relationships between Tumblr users. It seems to me that this means that you won’t have to worry about Cabana suddenly trying to connect you to strangers.

Any friend in the “room” can select a YouTube video for the group to watch together. Tumblr says that you must be at least 17 years old to download Cabana. It requires iOS 9.0 or later. In a post on Tumblr about Cabana, there is the implication that Tumblr has some ideas about “where to go with it”, and that maybe they will add more features later.