Here’s the problem….your broadband connection comes into the front of the house and your games room is at the back of the house. The free wifi router from the telco is rubbish and struggles with Netflix, never mind playing online gaming with the PS4. And the Bluray player needs a cabled connection. What are you going to do?

On solution might be to look at Devolo’s brand spanking new GigaGate Wireless Bridge which sets up a point-to-point 11ac WiFi connection and delivers gigabit-level performance. It’s fast. Very fast. Over about ten metres through one brick wall I had a connection speed of over 1 Gb/s in both directions. 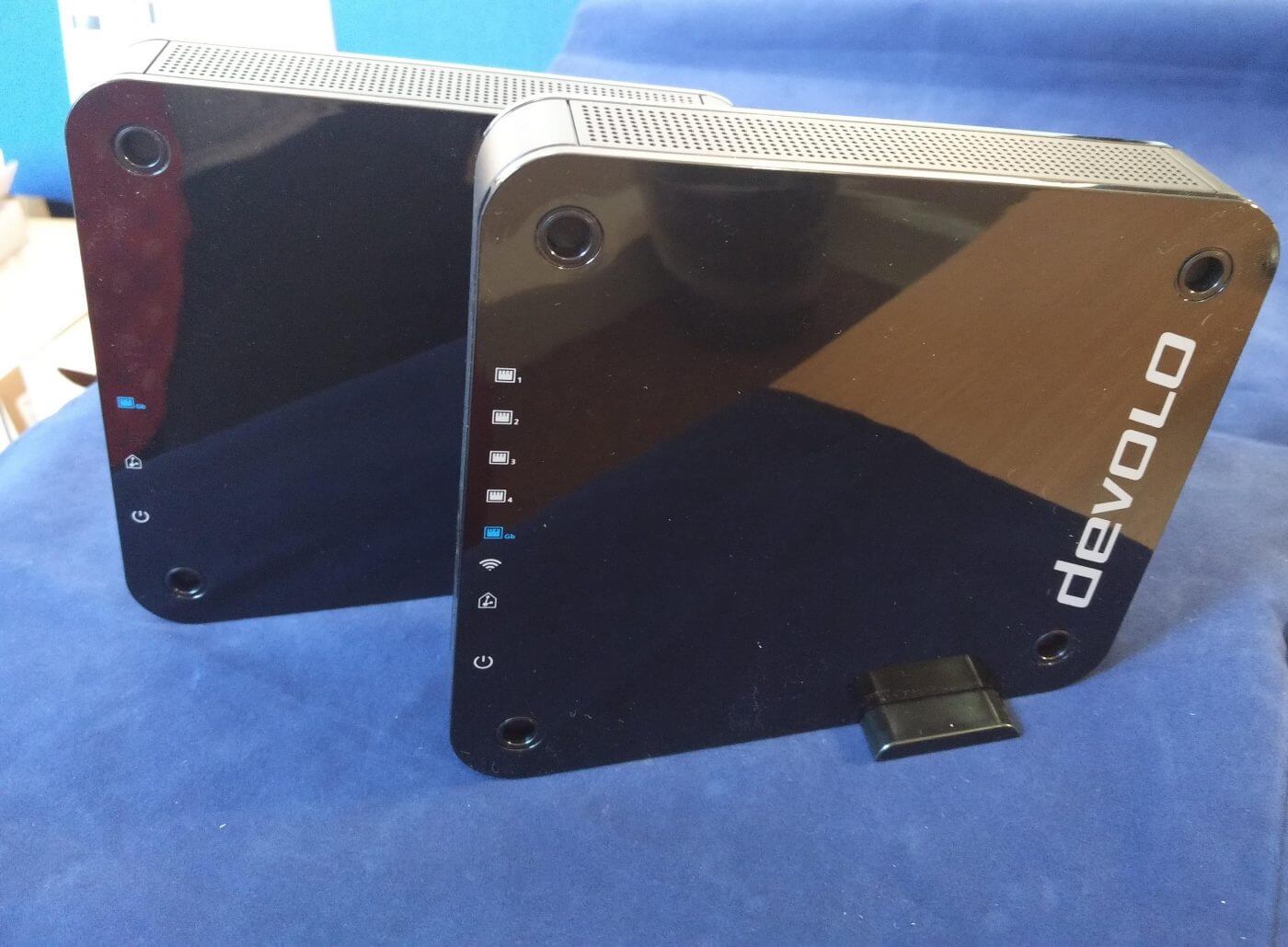 The GigaGate has two units, one a base station which connects into your router via a cable, and a satellite station for the games room. The satellite offers five Ethernet ports and an 11n WiFi access point for connectivity. One of the LAN ports is gigabit and the other four are fast Ethernet (100 Mb/s). The GigaGate starter kit is a bit like Noah’s Ark – there are two units, two power suppliers and two network cables. Devolo recommends using their cables to ensure gigabit-level performance.

Getting started couldn’t be any simpler as the GigaGate bridge is configured out of the box. Connect the base station to the router, put the satellite next to the consoles and power up both units. Wait about twenty seconds for the lights to stop flashing and job done! It’s nearly idiot proof.

The base and satellite stations are shiny and black with white LEDs. As you’ll see from the pictures, they’re total dust magnets. Network ports are round the back and there are neat little feet which flip out to stand them up. The stations can be wall-mounted through the holes in the four corners, though I didn’t investigate this.

Devolo’s Cockpit app for PCs has been updated to include the GigaGate along with the dLAN powerline network units. The equivalent My Devolo app on Android doesn’t yet show the bridge though I’m sure it’s coming. Of course, both the base and satellite stations have a web interfaces, so it’s easy to log on for monitoring or configuration. 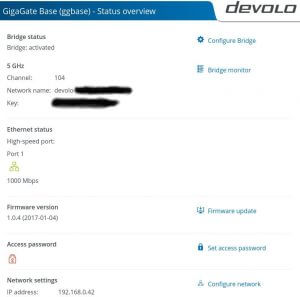 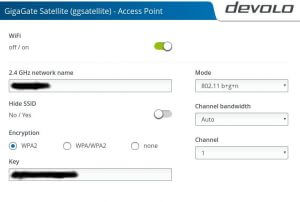 The satellite station offers more. While it can show the state of the bridge, the connection follows from the base. On the other hand, the base has five LAN ports plus an 11n WiFi connection which is configured here.

Frankly the best bit is checking on the Bridge Monitor to see the connection speeds between the two stations. Yes, that’s 1170 Mb/s. Most of the time, the Rx and Tx data rates were symmetrical. Occasionally they would become slightly asymmetrical but it never lasted long. Obviously YMMV when factors like building construction and WiFi congestion are taking into account. 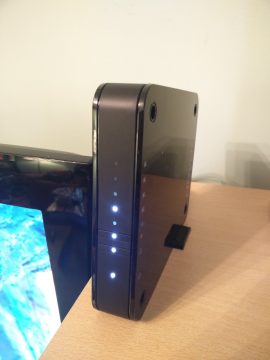 The speed and capacity was impressive. To test the load I connected up via cable an HDTV, a gaming console, a laptop and two tablets via WiFi. None of the devices had any problems streaming video from a combination of sources (Sky Q, NAS, Netflix).

Any downsides? Well, when I first powered up the GigaGate, I found that on the default 5 GHz channel (36), the bridge seemed to stop the Hue lights in the room working. It’s slightly odd because ZigBee uses 2.4 GHz but moving the bridge to a higher channel (over 100) stopped the interference. I also found that occasionally the bridge channel would wander from the selected setting. Devolo support suggested that this would happen if there was interference on the channel. 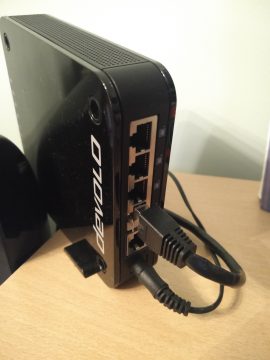 Just as a point to note, the WiFi controls on the GigaGate aren’t as advanced as you might find on the Devolo’s dLAN powerline networking adaptors. Those offer features like guest connections and time settings which are missing from the GigaGate so don’t expect to see them on the satellite.

Overall, in a couple of week’s of testing, the GigaGate performed amazingly well. It’s fast and reliable but I’m not going to pretend that the GigaGate is cheap. It’s not, though it does compare favourably with competing solutions. The starter kit has an official price of GB£220 and an additional satellite station is GB£130. On the other hand it’s really good, and if you want proof, I ditched Sky’s much vaunted Sky Q network mesh in favour of the GigaGate and never looked back.

Thanks to Devolo for supplying the GigaGate Wireless Bridge for review.

2 thoughts on “Devolo GigaGate Delivers Speed for Gaming and 4K”