Back in June I reviewed the Devolo dLAN 550 WiFi Starter Kit and this time round, I’m looking at the “plus” version of the same kit. What makes it a 550+? Simply that the WiFi adaptor is now bigger and has a power socket pass thru. Let’s take a mini look… 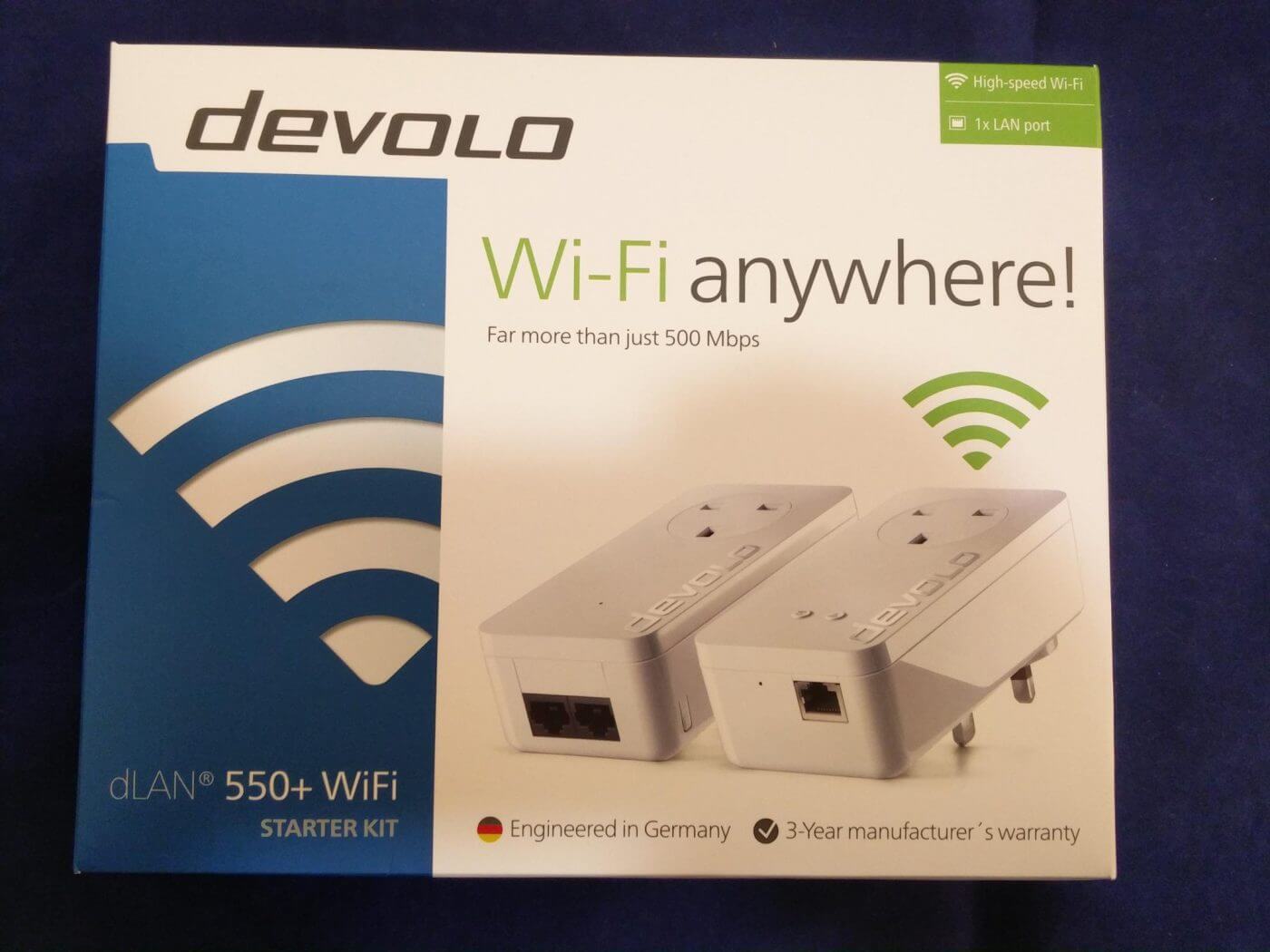 As the Starter Kit is broadly the same as last time out, I’m not going to be doing a full review. If you want to see screenshots of the setup procedure, Devolo’s handy desktop software or smartphone app, I suggest you take a look at my original write-up. All I’ll say in this review is that the 550+ WiFi works just as well in terms of setup. The adaptors are paired out of the box so getting started is simply a case of plugging them into power sockets and then connecting a network cable from a neighbouring router or switch. The wireless access point can be then be configured remotely. It’s easy-peasy, lemon-squeezy! 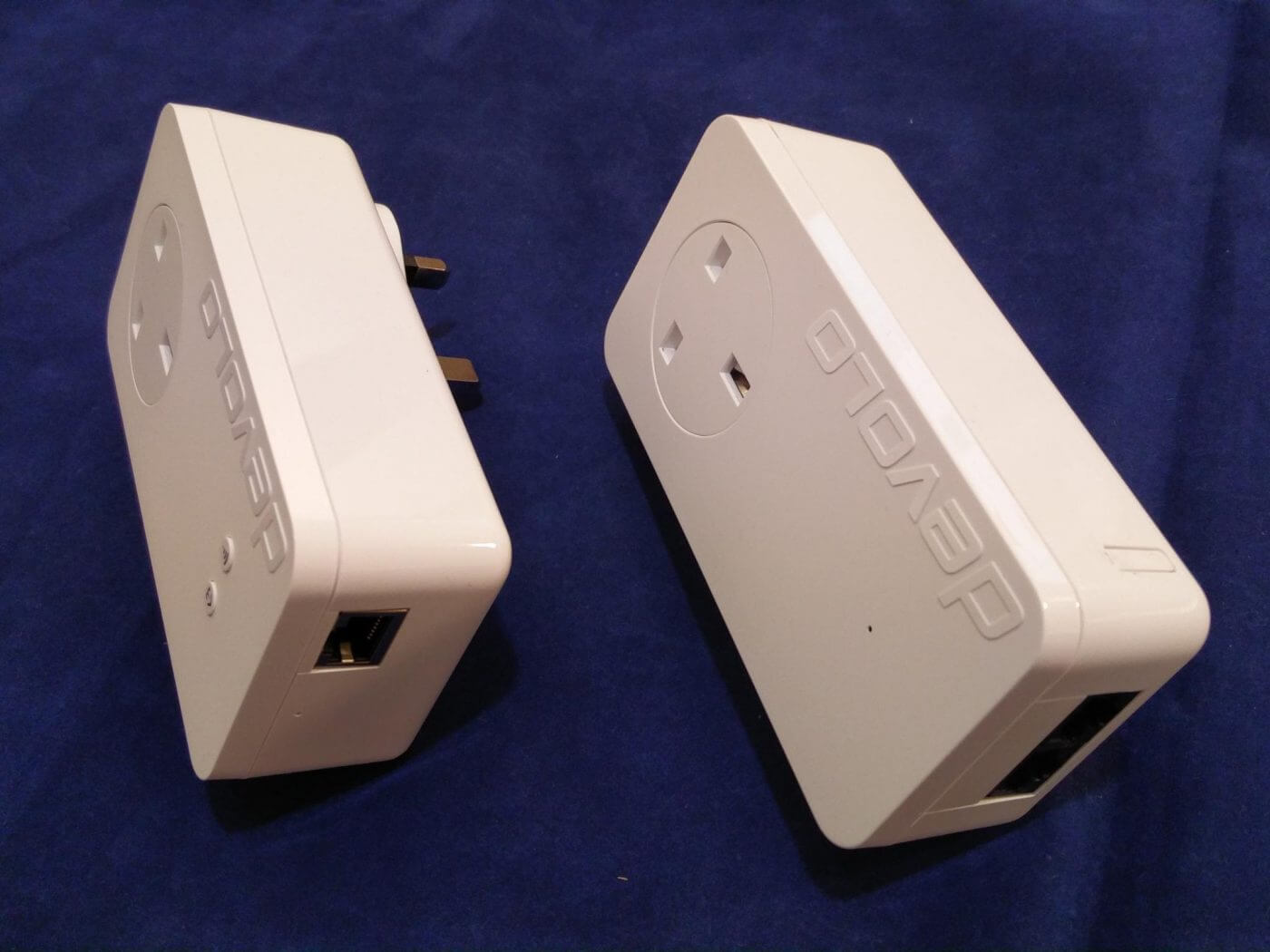 There’s no real technical change between the 550 and and 550+ WiFi units. Both provide 11n WiFi at 300 Mb/s, whereas the previous generation 500 only transmitted at 150 Mb/s; the upgrade comes from 2×2 antennas which boosts both the rate and

the range with the 550s. Additionally, the transmission range across the electrical wiring is increased to 400m through the use of all three conductors (live, neutral and earth).

The main change is that the new 550+ WiFi is a bigger adaptor with the same rectangular form factor as the non-WiFi units, including a pass-thru. The picture on the left shows the old adaptor, which was smaller and squarer. My only gripe with Devolo is that the newer adaptors have the network cable coming out the top, rather than below.

For more detail there’s an unboxing of the Devolo dLAN 550+ WiFi Starter Kit below.

Thanks to Devolo for providing the dLAN 550+ WiFi Starter Kit for review.