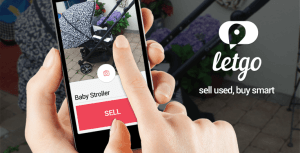 Posting classified ads can be an annoying but unavoidable aspect of modern life. It used to be, the only way to get a classified ad out into the world was to call up your local newspaper or other circular and pay an inflated rate for a few lines of text, followed by a phone number. This process has improved somewhat in the digital age. Sites like Craigslist make it relatively easy to post classified ads. But there may still be some room to improve the classified ad experience.

Earlier this year, I downloaded a free classified-ad app for iOS called Wallapop. The app was easy to use, allowing me to quickly take photos and post descriptions of items I wanted to sell. By default, Wallapop would make my ads available to other local Wallapop users. But my ads could also be found by out-of-area users as well. I managed a few successful sales thanks to Wallapop’s built-in “bargaining” tools that allowed me to get firm commitments from prospective buyers. And while I didn’t buy anything thru Wallapop, I did enjoy browsing its local ads to see what others were listing for sale.

I received an e-mail last week notifying me that Wallapop was becoming LetGo. This is apparently the result of Wallapop being bought out by LetGo. As part of the deal, the new combined company will raise over $100 million from existing investors. Wallapop’s assets will be completely absorbed by LetGo.

I haven’t tried selling anything thru the new LetGo app yet. But I have registered an account and spent some time browsing ads on the service. It’s very similar to Wallapop in overall design. I’m sure most users won’t be too confused by the change. However, it will be necessary to delete the existing Wallapop app and install the new LetGo app on all devices that were previously used with Wallapop. Wallapop has been sending friendly reminder notifications about this for days.