Good news if you are a Devolo powerline user with dLAN 1200+ products in your home…Devolo have announced a new free firmware update which gives a 20% bandwidth boost. The firmware will be available shortly for installation and owners can either use Devolo’s Cockpit app, the web interface or firmware updater software from Devolo. 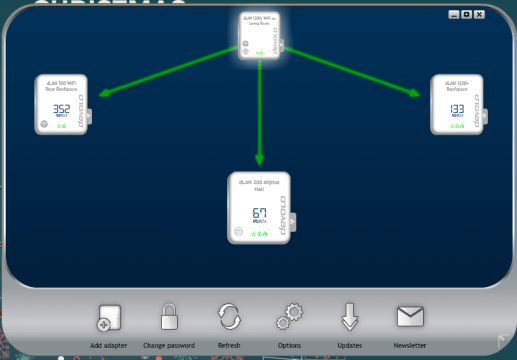 I have a four adaptor setup at home, with a pair of dLAN 1200+ units and a couple of older 500 and 200 dLAN adaptors. I used the Windows Cockpit app and simply hit “Updates”. The Cockpit software detected that a couple of my adaptors needed firmware updates, which it kindly installed automatically. 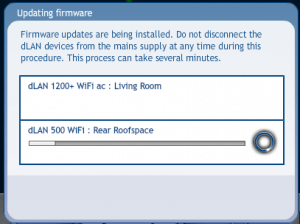 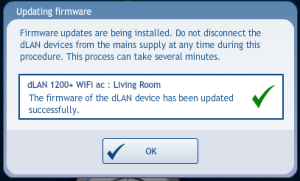 In addition to the speed boost, the dLAN 1200+ series adaptors display a red LED light to indicate where a poor connection is present. This light had previously been set to trigger at 8 Mb/s but will now trigger at the 20 Mb/s to reflect the increased speed requirements of a modern home. If you don’t like the LEDs, they can be turned off too.

I haven’t tried any LAN speed tests to confirm performance improvements, though Netflix streams as well as it ever did. Go get it.