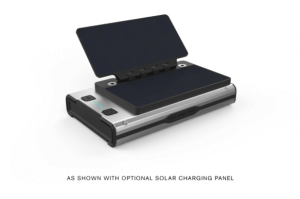 BRAVEN unveiled the BRAVEN BRV-BANK PRO LE, the world’s first ultra-rugged modular backup battery with an ecosystem of accessories designed to adapt to even the most extreme outdoor environments.

An even more rugged version of BRAVEN’s acclaimed BRV-BANK, the original Bluetooth Smart portable outdoor backup battery, the BRV-BANK PRO LE can now survive full submersion with an IPX7 waterproof rating, features a built-in 300-lumen LED flashlight, and is protected by an aircraft-grade aluminum housing for extra versatility and durability.

The BRV-BANK PRO LE is also compatible with all accessories from the BRV-PRO modular rugged-speaker, including the solar charging panel, multi-tool, GoPro compatible mount, and stacking plate, which allows users to stack multiple BRV-BANK PRO LE batteries on top of each other for even more power. 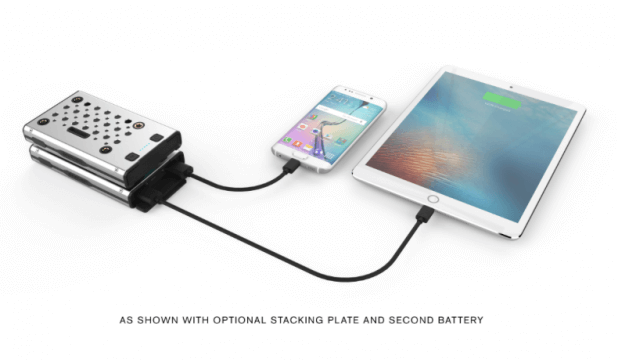 Similar to its predecessor, the BRV-BANK PRO LE is Bluetooth SMART enabled, and can be remotely controlled through BRAVEN’s proprietary app, allowing users to locate the battery bank, monitor its power levels, turn each charging port on or off, and activate the “Bear” and “Find Me” modes. “Bear Mode” turns on the smartphone’s motion sensor, sending signals to the bank to sound an alarm and trigger the flashlight when your phone is moved, while “Find Me” mode activates the universal distress signal by sending a visual Morse code for S.O.S using the flashlight.

BRAVEN’s BRV-PRO LE features two USB charging ports (1A and 2.4A), comes with a nylon braided USB cable and a lanyard. The BRV-PRO BANK LE can fully charge most smartphones two or three times with a 6,000mAh Lithium-ion battery, and will be available for purchase for $129.99 in Q1 of 2016.