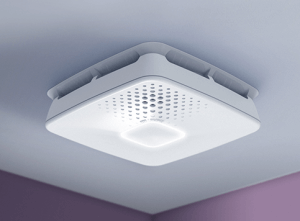 When Apple announced the launch of HomeKit, its platform for the connected home, hopes began running high that HomeKit would become the one platform to “rule them all” in the Internet of Things space. And while the rollout of HomeKit has progressed somewhat slowly, more companies have begun releasing products specifically made for HomeKit. One such company is First Alert, who recently announced the release of its Onelink line of products, kicking off with a connected smoke and carbon monoxide (CO) detector.

The intuitive, easy to install two-in-one alarm protects against threats of smoke and CO by sending notifications to users on their iOS devices or Apple Watches. The alarm can also be easily tested or silenced using the Onelink Home app. Siri voice commands allow users to check the status of their detector and ask if an alarm was triggered. Since the Onelink Alarm is HomeKit-enabled, privacy is built in and data is always encrypted, ensuring that users’ privacy is protected at all times

The Onelink Wi-Fi Smoke + CO Alarm features a 10-year sealed lithium battery that lasts the life of the alarm. By utilizing photoelectric broad-based technology in conjunction with patented smoke entry system, it is efficient at detecting both smoldering and fast-flaming fires, while being less prone to nuisance alarms.

The Onelink system is designed to work with most existing interconnected hardwired alarms in the home, so users do not have to replace all existing functioning alarms at once, and can do so over a period of time. All Onelink alarms are designed to wirelessly interconnect through a Bluetooth mesh system with other Onelink alarms in the home when an emergency is detected.

The Onelink by First Alert Wi-Fi Smoke + CO Alarm is currently available at Lowe’s and Amazon. It will also be available at Apple Stores and the Apple website in time for the holidays..