Powerline networking is a great way to spread data connectivity around a home via electrical sockets instead of Ethernet, and today Devolo announced the UK availability of its first gigabit Powerline adaptor with built-in 11ac WiFi: the dLAN 1200+ WiFi ac. The gigabit speeds make it perfect for households that stream 4K and 3D content to multiple wired and wireless devices.

At 1200 Mb/s, the dLAN 1200+ more than doubles the speed of the previous generation 500 Mb/s Devolo dLAN WiFi adapters. The new high speed adaptor features two gigabit Ethernet ports allowing users to hardwire multiple devices to one unit, from games consoles to NAS home servers, while the adaptor is also a wireless access point for laptops, tablets and smartphones.

Borrowing techniques from the wireless industry, the gigabit speeds are achieved using MIMO technology (Multiple Input Multiple Output) which simultaneously uses the live, neutral and earth connectors in the electrical cable. On the WiFi side, the dLAN adaptor uses both the 2.4 GHz and 5 GHz frequencies which is great if the lower frequency channels are busy. Transmission rates are 300 Mb/s on the 2.4 GHz band and 867 Mb/s on 5 GHz. 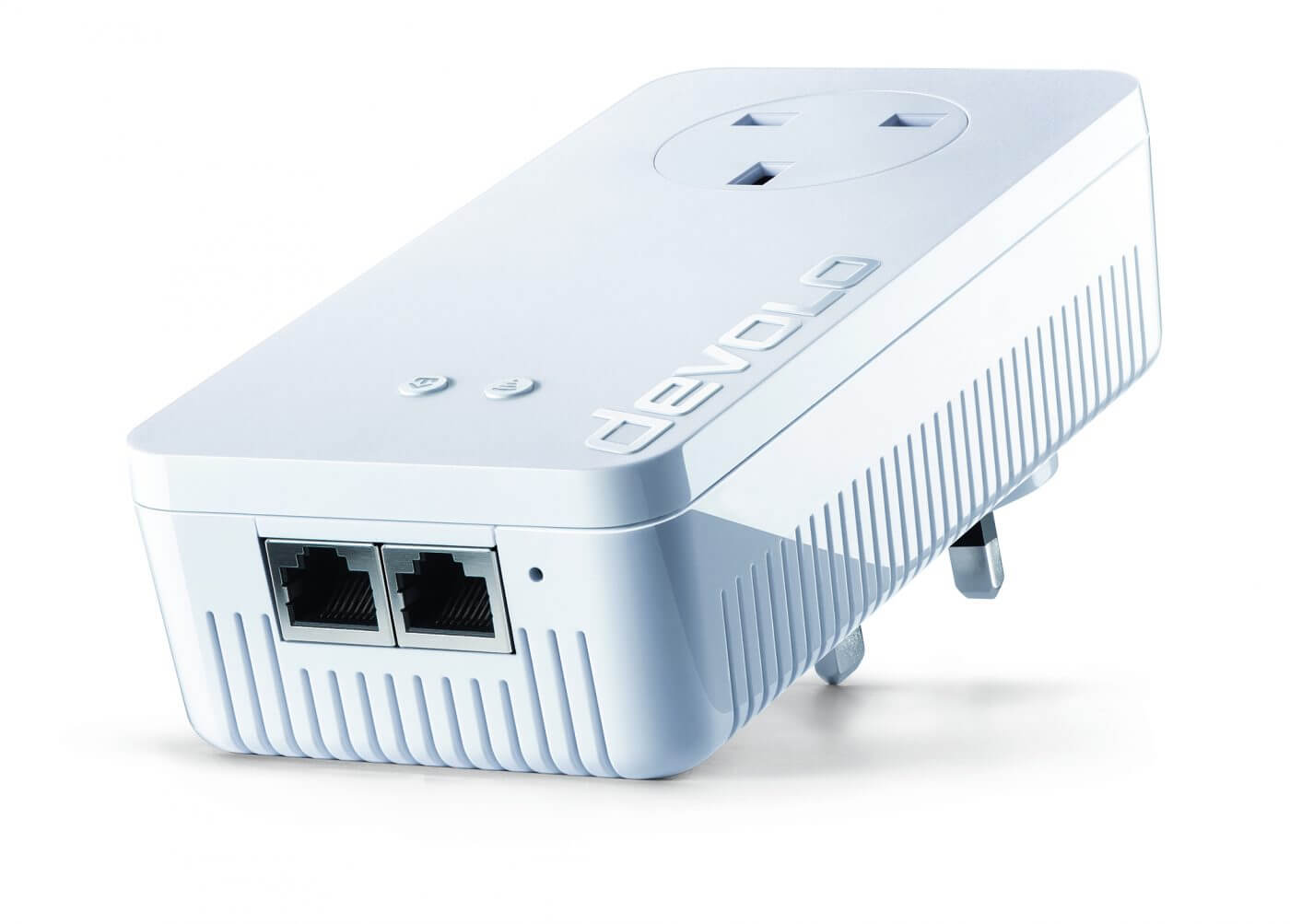 Heiko Harbers, CEO of devolo AG said:  “We have launched the dLAN 1200 WiFi ac to accommodate the multiple internet compatible devices people have in their homes today, and in response to the increasingly widespread availability of superfast broadband. All connected devices can now work to their full potential regardless of where they are located in the house. We placed particular emphasis on easy installation when designing the 1200 WiFi ac including the ability to establish a WiFi connection at the push of a button.”

The dLAN 1200+ WiFi ac is fully compatible with previous Devolo products from the dLAN 200 onwards and all Powerline adapters that comply with the HomePlug AV(2) standard.