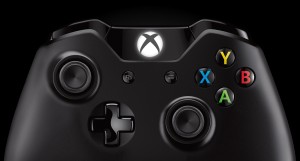 Developing new games for Microsoft’s Xbox One console is about to get much easier. During today’s Build 16 conference, Microsoft announced it will soon offer a software update that will turn any Xbox One into a full development kit. Previously, dev-ready Xbox Ones were provided on a limited basis. This change will make the full Xbox One development kit available to all Xbox One owners.

This move is taking place as part of Microsoft’s strategy to bring Windows 10 to multiple platforms, including computers, tablets, phones, and Xbox consoles. Dev kits are already made easily available for these other platforms, so it seemed like the right time for the Xbox One to fall in line.

This change should give a real boost to independent game developers. Under the limited distribution system previously offered by Microsoft, some Xbox One developer kits were made available to independent developers. But kits were usually made more readily available to larger AAA-level game developers. Turning all Xbox Ones into dev-ready kits levels the playing field and also opens up the process to hobbyists and others who want to learn more about game development. (It was possible to unlock some of the Xbox One developer kit prior to this update. That process wasn’t officially supported by Microsoft and it didn’t grant access to the full kit.)

The new Xbox One development kit is currently available as a free preview. It will be officially released this summer and will require a $19 fee along with a Microsoft Dev Center account.

Voice-activated “virtual assistants” have been growing in popularity. The fervor began with Apple’s Siri, then increased with Google’s Hey Google! service. More recently, Microsoft made news with its virtual assistant Cortana, announcing that it would be coming to the Xbox One gaming console in 2016.

But right now, it’s early October and the notion of waiting thru the entire fourth quarter of 2015 for Cortana’s arrival was too much for some Xbox One owners to bare. Using the time-honored method of “button mashing” around different screens in the Xbox One’s settings, industrious gamers (with perhaps a little too much time on their hands) found a “cheat code” that will unlock some of Cortana’s basic features today.

By accessing the Settings page in the latest Xbox One Preview and repeatedly pressing the A button on an Xbox controller, users can access some of Cortana’s basic functions. It’s a short list compared to what’s being promised with the full rollout next year. But it does provide at least a basic glimpse of what it’ll be like to use the virtual assistant in between sessions of Halo or Call of Duty.

In ten days Microsoft will launch the next generation game console, the Xbox One. The $500 device is designed to take over the living room, bringing just as many entertainment options as it does games. If you have pre-ordered one, or plan to grab one later, then you can expect it to come in black.

However, if you have some spare money sitting around, and wish to support a good cause, then you can grab an ultra-rare white build of the console.

Xbox Live chief Larry Hryb, AKA Major Nelson, has one up for auction and the money goes to benefit Wounded Warrior Project. “The winning bid will not only receive the extremely limited edition white Xbox One (console, Kinect and controller) but will also receive one year of Xbox Live, and a copy of each of our first party launch titles including Forza Motorsport 5, Ryse: Son of Rome, Dead Rising 3, Killer Instinct and Crimson Dragon”.

As of this writing, the bid stands at $11,300, but at least the shipping is free. Of course, the money also goes to a good cause, so that is the real benefit in spending the the rather hefty fee. It’s always nice when a company listens to the feedback it is getting from consumers, and makes positive changes as a result. After E3, gamers took to the internet to express their extreme displeasure over some of the things that the Xbox One required.

Many stated, very clearly, that they would buy a Sony Playstation 4 instead of the Xbox One. My best guess is that is the part that caught Microsoft’s attention. In general, companies become more willing to make the changes that consumers are asking for if they have reason to believe that they could lose out on sales if they don’t make those changes.

Gamers didn’t like that the Xbox One had to be constantly connected to the internet. The inability to play a used copy of a game on the Xbox One, and the realization that this meant you cannot share your game with a friend, also made a lot of gamers angry.

Today, Microsoft has announced that they are making the following changes to Xbox One:

An internet connection will not be required to play offline Xbox One games.
After a one-time system set-up with a new Xbox One, you can play any disc based game without ever connecting online again. There is no 24 hour connection requirement and you can take your Xbox One anywhere you want to play your games, just like on the Xbox 360.

Trade-in, lend, resell, gift, and rent disc based games just like you do today -There will be no limitations to using and sharing games, it will work just as it does on Xbox 360.

Microsoft also clarifies that if you choose to download your games, you will be able to play them offline just like you do today. Will these changes influence gamers to choose the Xbox One instead of the PlayStation 4? It’s possible. However, since the PlayStation 4 is less expensive than the Xbox One, these changes might not generate as many sales as Microsoft may have been hoping for.