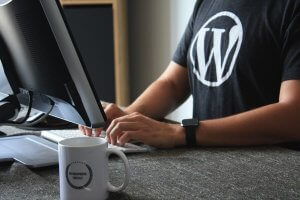 WordPress announced that they plan on treating Google’s new FLoC tracking technology as a security concern and plan to block it by default on WordPress sites, BleepingComputer reported. WordPress has joined the growing list of creators of browsers and search engines that refuse to implement Google’s FLoC in their content.

There is a proposal on WordPress.org titled: ““Treat FloC as a security concern”. The first thing mentioned is the EFF’s post titled: “Google’s FLoC is a terrible idea”, which notes that “placing people in groups based on their browsing habits is likely to facilitate employment, housing and other types of discrimination, as well as predatory targeting of unsophisticated consumers.”

WordPress powers approximately 41% of the web – and this community can help combat racism, sexism, anti-LGBTQ+ discrimination, and discrimination against those with mental illness with four lines of code…

The proposal also points out why it is important to take action against Google’s FloC now, instead of waiting for it to be implemented in the next update. “While it is indeed unusual to read a new ‘feature’ this way, there is precedent in that something that was not strictly a security vulnerability in comments was back-ported to previous versions for the good of the community as a whole.”

It notes that the 5.8 update is scheduled for July 2021, while FLoC will likely be rolling out this month.

Personally, I really like that WordPress is interested in protecting its users from Google’s FLoC. I’ve been using WordPress for my personal blog for years. It is really nice to know that WordPress is taking the preemptive steps to ensure that Google cannot inflict FLoC on WordPress sites. 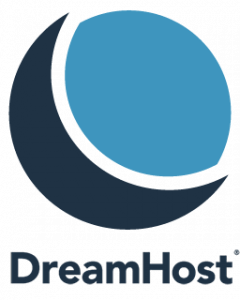 Developers can now add this to their apps. They released a new version of the Facebook plugin for WordPress that supports Embedded Posts. Otherwise, you can copy code to bring an embedded post into your article. Here is how:

Today Yahoo! announced they have purchased Tumblr for $1.1 billion. Of course, Yahoo’s track record for buying companies seems to be that of a kid with ADHD at Christmas time – by February they want new toys. Will this be a great deal for Yahoo! or will we they just push aside for another acquisition down the road.

Tumblr, a microblogging and social networking platform that was founded by David Karp in 2007 was purchased by Yahoo! for $1.1 billion dollars. Tumblr brings in 175 employees and 108.5 million blogs that reach 44 million people. This inlcudes the thousands of blogs that were imported from Posterous a few months back.

The Exodus from Tumblr to WordPress May Show No Faith in Yahoo! Tumblr

According to Matt Mullenweg’s blog today, imports have spiked to WordPress after the news of Yahoo! purchase. “Normally we import 400-600 posts and hour from Tumblr, last hour is was over 72,000.”

Marissa Meyer replied with a “We won’t screw this up” answer. She posted on her own Tumblr (the one with a very annoying gif saying “NOW PANIC and FREAK OUT” followed by “Keep Calm and Carry On”. You can see the annoying gif here.

“We promise not to screw it up.” says Mayer. “Tumblr is incredibly special and has a great thing going.  We will operate Tumblr independently.  David Karp will remain CEO.  The product roadmap, their team, their wit and irreverence will all remain the same as will their mission to empower creators to make their best work and get it in front of the audience they deserve.  Yahoo! will help Tumblr get even better, faster.”

I you run a blog then odds are you are using WordPress  as your content management system. One of the most popular plugins is Jetpack — a great solution for site stats that provides much better information than what is provided by default. Now the two have combined for an interactive annual report.

It is not clear which is behind this, or if WordPress is providing this information to non-Jetpack users, as the email comes from WordPress, while the site linked within it takes you to a Jetpack.me location. Either way, it’s a interesting, and highly interactive look at your site’s 2012 history.

Included are lists of top posts by traffic, top commentors, where the traffic came from — location, referring site and more. The email went out early this morning and a link also now appears at the top of site stats page. It also allows you to make the stats public and share them with your readers.

“Our stats helper monkeys have been busy putting together a personalized report detailing how your blog did in 2012!” In this Round Table Jeffrey from Geekazine.com shares his recommendations for wordpress plugins. Todd Cochrane of GeekNewsCentral.com talks about PowerPress 3.0 and the new Meta Marks feature along with an assortment of other new features..