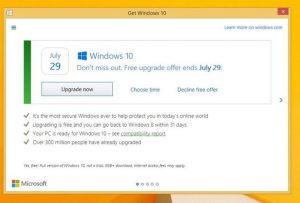 Despite seemingly endless complaints from customers, it still isn’t gone even though the free period has passed. Now the company is finally relenting and removing the nagware from both Windows 7 and 8.x.

Let’s face it, you’re either already on Windows 10 or you’re sticking with version 7. people never saw much middle ground with 8.x. Now those sticking with any older version will no longer need to periodically curse and close that window., and it only took until two months after the offer ended.

Microsoft Knowledge Base (KB) article 3184143 can be checked for more information. If you choose to ignore the update then it’s still possible to get the free upgrade if you’ve had a change of heart.

Complaints about the “feature” have trailed off in recent times, though some people are likey nagged by it. A response received by Mary Jo Foley read simply: 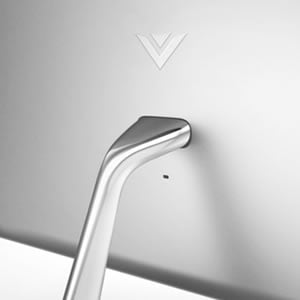 One of the reasons I am a fan of Apple products is because of their ability to design products that are both beautiful and functional. I will never deny that a Microsoft Windows base computer can do everything an Apple computer can do and in some areas maybe more. However there are very few Window’s based computers I have seen where I went wow that is beautiful, until now. Not surprising, the computer that made me go wow, was not designed by a computer company but by a TV manufacture Vizio.

Vizio is based in Irvine, California and is a leading manufacture of flat panel HDTVs. It became the #1 selling brand in 2007 and has remained near the top since then. They also have a whole ecosystem of apps that can be found on TVs, Blu-ray Players, tablets and more. With these two fields as a background they realized that more and more consumers were using their computers not only to do work but also as a part of their day-to-day entertainment ecosystems. They also realized that there was also something missing, a Window based PC that are not only functional but looked beautiful. Computers that would look good not only in the boardroom but also in the living room or bedrooms. The new Vizio PC that is being introduced in 2012 is an attempt to fill this void. It has a thin base which holds the Windows 7 based PC . Coming out of that base is a single anodized aluminium hinge that is secured to the monitor. There are no visible wires to interrupt the flow. The monitor is full HD based on what Vizio has learned over the years building quality HDtvs. It has 2.1 audio quality. This is a computer that is designed with not only productivity in mind but also aesthetics.

Along with the all in one PC, Vizio is also introducing two thin and light notebooks and one reqular notebook. I have to admit it has been a long time since a PC has turned my head like this one has. At this time I am unable to find a listed price for the Vizio Computers. However I can’t wait till they come on to the market in spring 2012, so I can get a hold of one and see if it works as good as it looks.  The new Vizio computers will be on display at CES 2012.

On Saturday’s morning tech show, we talked about this for a minute. I have not been a tablet fan. I tried for the TouchPad when it was dramatically reduced, but that was because it was under $100. I personally don’t see the advantage of having a $500 tablet, and here is why:

Computer Speed of a Tablet

This is the biggest reason why. I have 4 machines in my arsenal. A MacBook Pro, an HP GX series laptop, a home build desktop with ASUS motherboard and AMD Phenom II chipset and a Dell D610.

The two computers I use the most are the desktop and the MacBook Pro. My Macbook Pro sports an i7 processor and boot camp to Windows 7 keeps me productive. The Desktop is a stable spot – I seem to get more work done on that station than I do any notebook. So when I need to “Bear down” on a project, you will see me at the desktop.

The HP used to be my main machine, but got replaced because it didn’t handle video production as well. Whereas it takes 20-30 minutes to process a 15 minute video on the MacBook Pro, the dual core HP (with Intel Graphics) would take up to 2 hours. When I’m on the road, that is just not acceptable. The Dell is used for very minimal needs – like a Twitter client or web browser.

Today’s tablet matches that between the HP and Dell. So at best, it would be my #4 computer. I could do minimal video editing, but I can also do that on my iPhone.

Let me know if the iPad3 will support a 2.0 GHz Quad-core processor and 512 MB of video RAM, then we’ll talk about a tablet

Storage of a Tablet

When will Apple finally put a standard card slot on their machines? I want to put in video to edit video, or have the tablet upload my videos to a source. It does work well when connected to the cloud, but you then need a WiFi signal (unless you have a 3G or 4G tablet). The 16 or 32 GB models would hold some of my content, but I would constantly be pulling stuff off the machine and only if I have it connected to the laptop or desktop.

The 10 inch tablet is just not for me. I loved the idea of a 7″ tablet – it feels better in the hand and fits in the pocket. I can put it in the side pocket of my notebook bag and give me everything that I need out of that device.

I got to play with the Sony Tablet S (which I will be showing on a video later today). The “Folded magazine” feel fit better in my hand, which I was impressed with. I still would like to see a 7″ tablet with that same feel.

BTW – I didn’t get to see the flip version in Sony Tablet P, but I am very interested in trying it out.

My iPhone Does a lot and fits in my Pocket

In all reality, the order of computers goes like this – MacBook, iPhone, desktop, HP, Dell. So the tablet would most likely be the 5th device most used. The best part about the iPhone is it fits in my pocket, so it’s always in reach. The tablet would be in reach if I had my laptop close by.

I have talked to many tablet owners. It’s surprising how many people are now leaving it on the coffee table. They might pick it up for 5 minutes when watching TV to browse the web, but besides the 35 minutes of use, leave it to be a fixture in the house.

An OS I can use

I know this is going to piss off some fanboys, but I live in a Windows world. In fact, I use Windows 7 on my MacBook Pro more than I use the Mac software. But this is more about using a full operating system on a tablet. Whether Windows or Mac, I need a tool that could match my computers. I want to put on software that I use on a daily basis. I don’t want a different experience on my tablet.

Can I see myself with a tablet in the future? Yes. But I would either need the device to be powerful enough for me to want to carry around, or more cost efficient.  For $500, I can get a laptop that doubles the power of a tablet. Even if someone put out a $1000 tablet that has a powerful multi-core processor, 1 GB graphics, 4GB of memory and a hard drive of 500GB, then I can start looking at the tablet.

In the meantime, I just don’t see it a part of my daily use. That is why I have an iPhone.