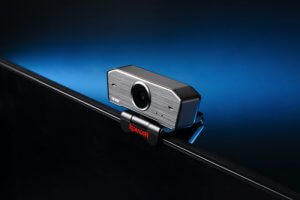 A remote employee of a U.S. business who was fired for refusing to leave his webcam on while he was working was awarded roughly 75,000 euros by a Dutch court for wrongful termination. The resident of Diessen, Noord-Brabant, was hired by the Rijswijk branch of Chetu Inc., a software development company headquartered in Miramar, Florida, NL Times reported.

The employee began working for Chetu in January 2019, and said he was earning over 70,000 euros per year in salary, commission, variable bonus, and holiday allowance. He worked for the American firm for over a year and a half, but on 23 August, he was ordered to take part in a virtual training period called a “Corrective Action Program.” He was told that during the period he would have to remain logged in for the entire workday with screen-sharing turned on and his webcam activated.

The telemarketing worker replied back two days later, “I don’t feel comfortable being monitored for 9 hours a day by a camera. This is an invasion of my privacy and makes me feel really uncomfortable. That’s the reason why my camera isn’t on. You can already monitor all activities on my laptop and I am sharing my screen.” He was summarily fired on 26 August, for “refusal to work” and “insubordination”.

The fired worker brought the case to the Zealand-West Brabant court in Tilburg. The court agreed the termination was not legally valid. The court ordered Chetu Inc. to pay the man over 2,700 euros in unpaid salary, 8,375 euros for wrongful termination, 9,500 euros in worker transition assistance, and 50,000 euros in additional compensation. On top of that, the company has to pay the worker for 23 vacation days that were not taken, the 8 percent statutory holiday allowance, and possibly an additional penalty for failure to provide a payslip for August. Chetu also has to cover about 585 euros for court filing costs and the plaintiff’s legal fees.

TechCrunch reported that firing the worker might have worked in an at-will state such as Chetu’s home state Florida, but it turns out that labor laws work a little differently in other parts of the world. According to TechCrunch, Chetu was “apparently a no-show for the court case”.

Personally, I agree with the court’s decision. It seems entirely irrational to expect a worker to be on camera for 9 hours a day. Many remote workers are doing their jobs from their own homes, and it would be incredibly invasive to have to “stream” yourself for 9 hours straight to appease your bosses.

I know from working in Microsoft Teams during the pandemic that there are three things that really help your presence in an online meeting – a good microphone, a good camera and good lighting. This is not a new discovery but the increase in video calls has made more obvious than usual.

Many people rely on the equipment built-into their laptop and it’s very much a mixed bag. Some laptops having good built-in cameras and microphones and others are really bad. But where it so often goes wrong is with the lighting: I’m sure we’ve all seen calls with ghostly people sitting in gloom or haloed angels blinded by the light behind. 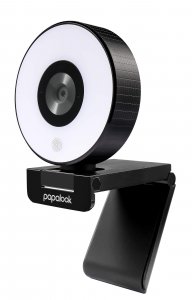 Simply adjusting seating position can often yield immediate results – don’t sit with a window behind you – but if a bit of extra help is needed all round, then take a look at the Papalook PA552. It’s a fixed focus HD (1080p) webcam with a built-in light ring and dual noise-cancelling microphones. This will improve matters no end for those long on-line meetings.

The Papalook PA552’s light ring has adjustable brightness levels to give good facial lighting even in the gloomiest of offices. The built-in DSP chip works with the ambient light to cleverly ensure the best picture exposure for the 30 fps 1080p webcam. It’s a 90 cm fixed focus, which is ideal for “at desk” video calls and the 75° viewing angle means you can get two people in the picture, though that would clearly breach current social distancing guidance. The glass lens ensures a high-quality image without blur and distortion.

For the audio, the dual omni-directional automatic noise-cancelling mics are designed to filter out external and background noise, focussing on the speaker and making voices sound natural and clear. 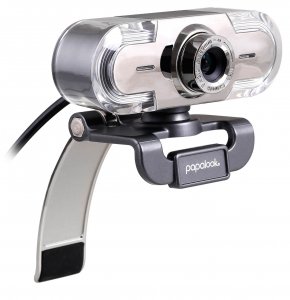 As you’d expect, it’s a USB connection from the camera to the computer. The Papalook PA552 webcam is available now from Amazon.co.uk for GB£89.99 or Amazon.com for US$89.99.

If the PA552 and its ring light doesn’t appeal, take a look at the Papalook PA452 and AF925. The PA452 has a modern metallic look and the camera itself has a larger aperture meaning that it will work better in low light conditions. There’s a PA452 Pro version with adjustable focus if additional flexibility is needed. The AF925 is an all-black affair but has the benefit of auto-focus which is useful in circumstances where the subject moves around.

Web and IP cams are ten a penny these days, but the IC Real Tech Allie takes expectations to a whole new level with a near 720 degree field of view and the ability to stop time. Todd gets a demo from Matt on how the Allie Pro can see everything.

The Allie Pro is an IP cam with two lenses, one on the front and one on the back, that have overlapping fields of view. As result, when viewed in real-time on a tablet or smartphone, the image can be panned round in nearly 720 degrees; left-to-right, up-and-down with no blindspots. The complementary apps on both iOS and Android can either use touch or the motion sensors to move round the image. Live video is fed through but if something catches the eye, the video can be paused and the frozen image explored in more detail.

There are three models in the range, Allie Play, Home and Pro, with increasing levels of video resolution and prices to match at $399, $599 and approx $1100 for the Pro. All available in late Q1.

These cameras are awesome and I can see tremendous potential for pseudo-telepresence, perhaps combined with a simple VR setup like Google Cardboard. Turn your head, turn the view. And think of a head-mounted action cam version! Watch the video – you’ll be impressed.

Back in 2014 when ArcSoft launched the simplicam home monitoring system based around a high-definition webcam, it borrowed face detection technology from digital cameras. With this tool, the monitoring system was able to differentiate between persons and pets, ensuring that only important alerts were sent through to the owner who would otherwise be swamped with notifications when their cat or dog took a wander round the house. 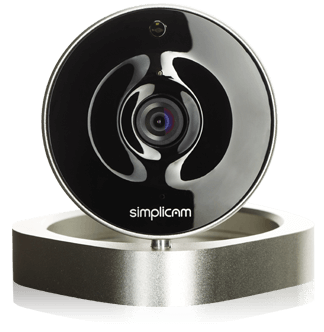 ArcSoft has now announced at CES that the face detection feature in simplicam powered by Closeli can be upgraded to (beta) face recognition, meaning that not only does the system recognise people vs pets, it can now tell who has walked into the house. Those expected to be at home can be ignored with strangers immediately flagged.

The new Face Recognition Manager in the Closeli app allows users to register and store up to ten people. After a short setup, home owners can configure privacy settings for each individual and customise notifications, choosing to receive alerts when a specific registered person or an unrecognised person is in the house. The app can be set to automatically save or delete footage based on who is home.

“ArcSoft is a pioneer in Face Detection and Face Recognition technology, and we are excited to bring this expertise to the connected home. When we released simplicam powered by Closeli earlier this year, we got invaluable feedback from customers and press. Now, new and current users can provide us with feedback directly from within the Closeli app that may be incorporated into the product,” said Caroline Tien-Spalding, Senior Director of Marketing, ArcSoft.

The standalone simplicam is $149 and a year’s worth of Closeli’s 1-Day Recording Services brings the price to $199. The Closeli service is needed for the face detection and recognition.

I think this is a great step forward as when I previously reviewed a home monitoring kit from another manufacturer, one of my concerns was that I felt I was spying on my family.  All activity in the house, whether my business or not, was being detected, recorded and forwarded to my smartphone. I think this goes a long way towards addressing those concerns.

Dropcam has been a sponsor here at GNC for several months but if you haven’t clicked through on any of the links, this is your opportunity to see a Dropcam in action. Don Baine chats to Elizabeth from Dropcam about this cloud-connected webcam.

The Dropcam is a wireless 720p webcam that connects easily to your home network but can be accessed across the internet, letting you check up on what’s happening while you aren’t there with your smartphone – both Android and iOS devices are supported. Motion-activated notifications can alert you to unexpected activity and a subscription-based video recording facility gives the ability to rewind and see what happened earlier. Overall it’s a complete solution that goes beyond an internet-connected webcam.

The Dropcam comes in two models, the standard Dropcam and the Dropcam Pro, priced at $149 and $199 respectively. The NVR can record up to 9 IP cameras at once, storing the images on the SATA drive. The feeds can be viewed either via an attached HDMI monitor or else viewed remotely via D-Link’s mydlink solution which securely connects from the Internet back to devices in the home, using a web browser or a smartphone app.

The low-light web camera works down to 0.01 lux light levels and can still pick out colours. In complete darkness, a white LED provides illumination for up to 50 feet. As you’d expect, it’s 802.11ac wireless.

Both the NVR and the webcam will have an MSRP of US$379 when they go on sale in April ’14.