Perhaps I’m just old and suspicious, but I’m increasingly concerned about the personal information that I give away to companies like Google and Facebook for their services. I’ve had enough of being the product. As for the information gathered surreptitiously by third parties, such as ISPs and government agencies, I’ve had enough of snooping and I don’t accept that if I’ve nothing to fear, I’ve nothing to hide. It’s simply none of their business.

Consequently, I’m working on a couple of strategies to mitigate my exposure, including some fake personas for simple things like compulsory registrations. While I’m not a social media superstar, I’m present on most social media platforms and it’ll take time to balance out the public and private. Fortunately in the UK, it’s not illegal to take a new identity unless the intention is criminal (so I’m told).

On a more practical side, I’ve already signed up for protonmail.com to secure my email correspondence and I’m going to move away from the big name providers in a gradual process. The other area of interest is VPNs and for those who aren’t in the know, a VPN is a Virtual Private Network. It hides your activity from the owner or maintainer of any local network connection – think of it as an opaque pipe within a transparent tube – so it’s good for protecting against both nosy ISPs wanting to sell your browsing history, and defending against nefarious activity on public wifi hotspots.

I’ve been tinkering with some of the software-based VPNs both for both mobile and home use as my ISP provided-modem/router doesn’t have any VPN capability. Software solutions are fine if you have one or two devices, but when you’ve umpteen tablets and laptops in the house, it’s a pain. 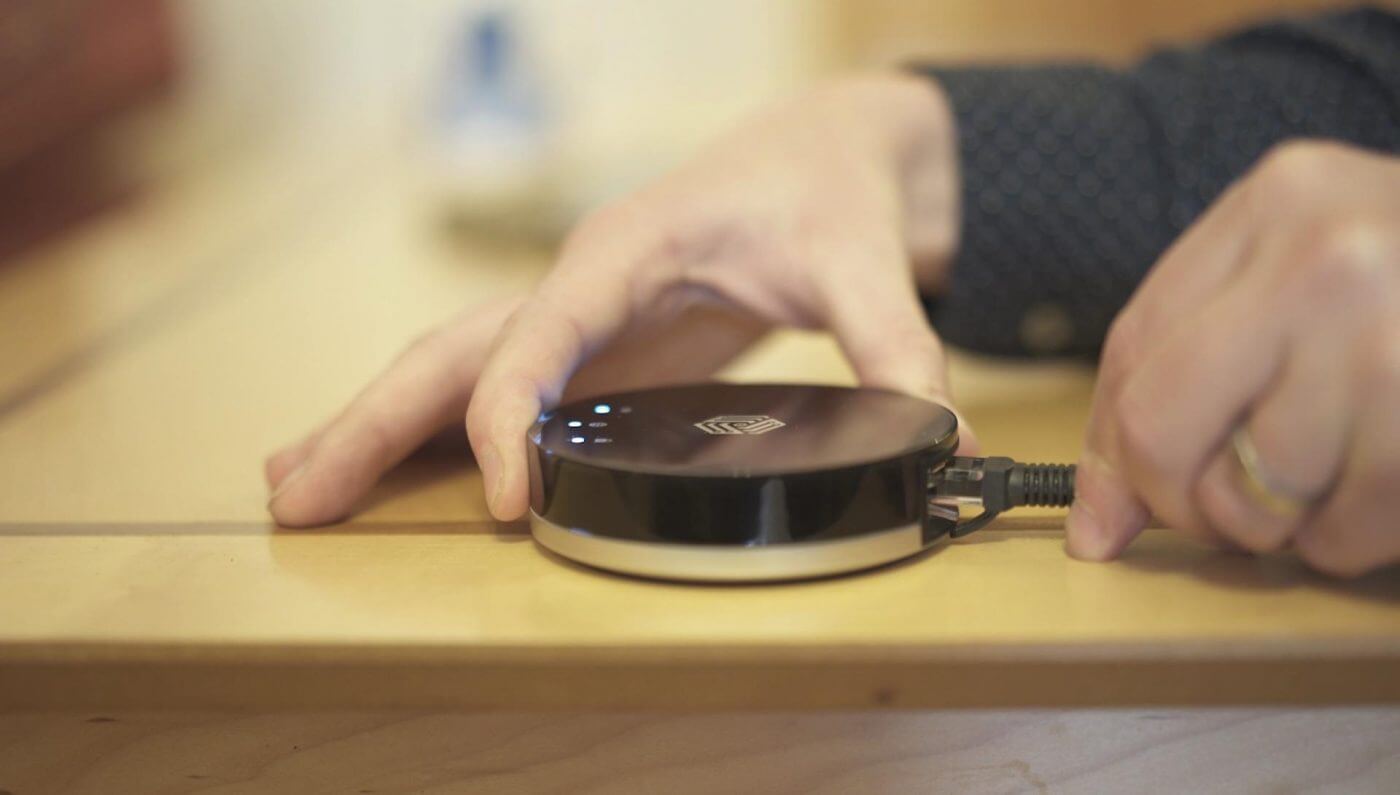 An alternative is a dedicated VPN hardware solution and this Kickstarter campaign from InvizBox caught my eye. Simply, the InvizBox 2 is a wireless access point that connects to your home router, and then encrypts all the traffic over a VPN (or the Tor network). There’s no need for individual configuration as everything that connects to the access point benefits from the VPN. Your local ISP is then completely unable to track your activities and sell them on. Even better, the ISP can’t throttle your traffic based on type of use, or use of competing services.

Obviously these are benefits enjoyed by all VPNs, but as a neat hardware package, the InvizBox 2 looks attractive. Other features on the InvizBox 2 include ad blocking and parental controls. The latter is useful as the VPN will bypass any controls implemented on your router or by your ISP, so you might need to defend against inquisitive teens. You can get round geo-blocking too – that’s where you can’t see some content because you are visiting from the wrong country. As with most VPNs, a regular subscription is required (allow around US$5 / €5 per month) but there are some deals there too.

The standard InvizBox 2 is currently at €109 and the Pro is €149 if you get in quick, both with a year of VPN service. Other deals are available and delivery is expected in April next year. The team has already hit their goal of €50,000 and there’s still a week to go, so the project is going to be funded. As background, the InvizBox team are based in Dublin, Ireland and have a track record of delivery from previous Kickstarters, so there’s a good level of confidence. However, as with all Kickstarter campaigns, consider yourself a patron rather than a customer until the product is in your hands.

I might actually plonk down some cash for this…. 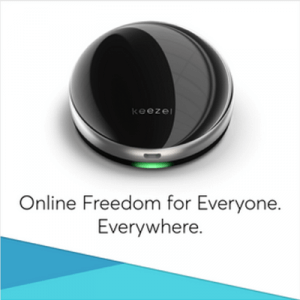 VPNs are great for keeping snooping countries, Orwellian agencies and thieving criminals at bay, but they’re not always straightforward to setup and when you have a laptop, mobile phone and tablet it’s a pain to maintain the VPN on each of them. Keezel has a solution in the shape of a personal wifi hotspot which has VPN software baked into the firmware. Daniel finds out more from Aike Müller, Co-Founder and CEO.

The way the Keezel works is that when out-and-about in coffee shops and other public wifi areas, you connect all your personal devices to the Keezel wirelessly. The Keezel connects to the public wifi network, establishes a VPN connection to a secure server and then all your communications travel securely across the network. Neat.

The standard price is US$99 for the Keezel and then $5 per month for the VPN service. The Keezel is currently on Indigogo’s InDemand having been originally 540% funded back in August 2015. There are some special perks available with devices are expected to ship in March 2016. VPN (virtual private network) clients have been around for sometime, and are utilized by many corporations. It is a technology that individual users should also take advantage of. Avast hope to make that security option a trend with a new effort to help the average user be more secure when using a laptop or other mobile device at the local Starbucks.

Citing a survey the company carried out, Avast has announced it is now releasing its own VPN client, called SecureLine. The company claims that it polled 340,000 users and 46 percent of worldwide respondents connect via public WiFi. The security firm also listed such numbers as “29 percent in the UK perform security-sensitive transactions such as shopping or online banking despite the risk of hackers accessing their credentials”.

To answer this growing need, Avast announces “We developed SecureLine due to growing demand from our customers”. According to the company’s Chief Executive Officer Vincent Steckler, “half of PC users in the US access unsecured WiFi hotspots. And, about a third of them perform security-sensitive transactions – such as shopping, banking, or anything requiring a password”

SecureLine is now seamlessly integrated into all of Avast’s free and premium products, and when customers connect to unsecured WiFi, they will receive a message that provides them with some insight into the risks of using public and unsecured WiFi, as well as the choice of a secure VPN connection — at a cost of $7.99 per month.

With Avast now claiming usage on more than 184 million computers worldwide, the addition of more secure connections could make a noticeable difference, but it comes down to customer behavior and habits to really make a major impact. That, I am afraid, will not be improving anytime soon.

iTwin is solving more than just the capacity problem with thumb drives, they are also tackling remote access at the same time.  It all begins with a very small device that looks like a pair of USB thumb drives fastened together back-to-back.  It’s a bit more than something that simple though.  Each time this device is plugged into a computer it automatically generates AES 256 encryption.  Once it’s attached to your PC a virtual folder pops up that allows you to drag-and-drop all of the files you want, in fact you can drop your entire hard drive on it!  After copying all of the files you want then you can split the device into two USB drives.  Leave one on your home or office PC and take the other with you on the road.  Now you have a secure VPN to the base computer without the hassle and expense that VPN can entail.

The iTwin is compatible with both Windows and Mac operating systems.  They have also solved a lot of the potential security problems and dynamic IP problems, as you will see in the video below.  The iTwin is available now for a one-time cost of $99.99, no monthly fees like traditional VPN services.  It’s available directly from iTwin or from many retail outlets.