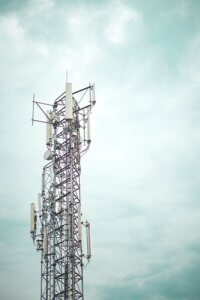 In a press release posted today, Huawei announced that it filed patent infringement lawsuits against Verizon in the District Courts for the Eastern and Western Districts of Texas. Huawei is seeking compensation for Verizon’s use of patented technology that is protected by 12 of Huawei’s US patents.

According to the press release, before filing the lawsuit, Huawei negotiated with Verizon for a significant period of time, during which the company provided a detailed list of patents and factual evidence of Verizon’s use of Huawei patents. The two parties were unable to reach an agreement on license terms.

“We invest heavily in R&D because we want to provide our customers with the best possible telecommunications solutions,” continued Dr. Song. “We share these innovations with the broader industry through license agreements.”

“For years now, we have successfully negotiated patent license agreements with many companies. Unfortunately, when no agreement can be reached, we have no choice but to seek a legal remedy.”

“This is the common practice in the industry. Huawei is simply asking that Verizon respect Huawei’s investment in research and development by either paying for the use of our patents, or refraining from using them in its products and services.”

Verizon responded with a press release of its own. “Huawei’s lawsuit filed overnight, in the very early morning, is nothing more than a PR stunt. The lawsuit is a sneak attack on our company and the entire tech ecosystem. Huawei’s real target is not Verizon; it is any country or company that defies it. The action lacks merit, and we look forward to vigorously defending ourselves.”

Verizon has acquired some assets of virtual reality video start-up Jaunt XR. Terms of the deal were not disclosed. According to CNBC, Verizon will own Jaunt’s software and technology, among other assets.

Jaunt XR today announced the acquisition of its software, technology, and certain other assets by Verizon Communications for an undisclosed amount. Jaunt XR is a leader in the immersive industry with a focus on the scalable creation and distribution of volumetric video of humans.

Jaunt stated that it will be assisting Verizon with the transition of select portions of the software and technology for a brief period of time.

“We are thrilled with Verizon’s acquisition of Jaunt’s technology,” said Mitzi Reaugh, President & CEO of Jaunt XR. “The Jaunt team has built leading-edge software and we are excited for its next chapter with Verizon.”

The Verge reported that it is unclear exactly what parts of Jaunt XR’s technology Verizon is buying, or whether Jaunt XR will continue to exist after they finish assisting Verizon “for a brief period of time”.

I haven’t been able to find anything that specifically states how the purchase of Jaunt XR will affect Verizon customers. For whatever reason, Verizon isn’t being incredibly clear about that. I’m assuming that whenever Verizon is ready, they will let everyone know about this new purchase and how they are planning to use it.

Verizon Media and Automattic, the parent company of WordPress.com, announced that they have entered into a definitive agreement under which Automattic plans to acquire Tumblr.

The press release says that the terms of the deal were not disclosed. However, Axios reported that “a source familiar with the deal” put the price-tag “well below” $20 million, while another source put it below $10 million. Axios reported that Yahoo had paid $1.1 billion for Tumblr. Axios also reported that Automattic Inc. will buy the network and take on its 200 employees.

Tumblr is a media network powered by a massive community of independent creators and home to 475 million blogs.

“Tumblr is one of the Web’s most iconic brands,” said Automattic CEO Matt Mullenweg. “It is an essential venue to share new ideas, cultures, and experiences, helping millions create and build communities around their shared interests. We are excited to add it to our lineup, which already includes WordPress.com, WooCommerce, Jetpack, Simplenote, Longreads, and more.”

I deleted my Tumblr account shortly after Verizon took over. My husband and I used to post photos of our cockatiels on a second Tumblr account, which we never got around to deleting. Personally, I feel that Automattic is going to do good things with Tumblr, and I definitely trust the company a whole lot more than I trust Verizon.

Verizon announced that it officially turned on its 5G Ultra Wideband network in select areas of Minneapolis and Chicago a week ahead of schedule.

For the first time ever, customers can access a commercial 5G network with the world’s first commercially available 5G-enabled smartphone, the moto z3 combined with 5G moto mod. Customers using Verizon’s 5G Ultra Wideband network in Chicago or Minneapolis could see speeds of up to 1 Gbps.

Starting today, consumer and businesses have a 5G network and 5G-enabled smartphone that makes real-time a reality. Verizon’s 5G Ultra Wideband technology uses the global standard and new device hardware to deliver advanced capabilities to customers in real-time. While select areas of Chicago and Minneapolis will be the first to experience Verizon’s 5G Ultra Wideband mobility service, Verizon announced plans in February to launch its 5G service in more than 30 U.S. cities in 2019.

In Chicago, 5G coverage is concentrated in areas of the West Loop and the South Loop, around landmarks like Union Station, Willis Tower, The Art Institute of Chicago, Millennium Park, and The Chicago Theater. Customers will also have 5G Ultra Wideband service in the Verizon store on The Magnificent Mile and throughout The Gold Coast, Old Town and River North.

In Minneapolis, service is concentrated in the Downtown area, including Downtown West and Downtown East, as well as inside and round U.S. Bank Stadium. Verizon 5G Ultra Wideband service is also available around landmarks like the Minneapolis Convention Center, the Minneapolis Central Library, the Mill City Museum, Target Center and First Avenue venues, The Commons, areas of Eliot Park, and the Verizon store in The Mall of America.

I think it is a good idea for Verizon to launch its 5G Ultra Wideband network in areas that typically attract huge crowds of people. Maybe it will reduce the lag that can happen when too many people, in one space, try to connect to the same network.

Why did Verizon launch earlier than planned? VentureBeat reported that Verizon moved its launch up by a week in order to beat South Korea (which planned to launch their 5G network on April 5). Verizon secured itself the “bragging rights” of being the first to launch a 5G network. 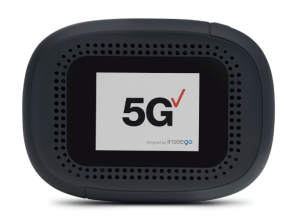 Inseego Corp., pioneering 5G and intelligent IoT device-to-cloud solutions, and Verizon, the first in the world to launch a commercial 5G network, will unveil MiFi 5G NR mobile broadband technology on Dec. 4 at the Qualcomm Snapdragon Technology Summit in Maui.

“Exceptional speed and low latency connectivity that mission-critical use cases require are being demonstrated in a real-world scenario, running on a live Verizon 5G network. This milestone reflects the impact that 5G NR will have on everyday life. We’re thrilled to show the way forward by making 5G real and more importantly, we want to demonstrate the power of 5G that will benefit society.”

Brian Higgins, vice president, device and consumer product marketing for Verizon, concurs. “An important part of making 5G a reality is collaborating with other technology leaders to advance the technology and to put it in the hands of consumers and businesses,” said Higgins.

“The new Inseego 5G hotspot device – a Verizon exclusive when it becomes available in 2019 – will give our customers another way to access the super high speeds and ultra-low latency of 5G on their mobile devices and change the ways they live, work and play.”

Verizon Wireless has announced that they will be slowing data speeds for certain customers. This slowing down will start in October of 2014. It won’t affect all users the same way. They are focusing on the customers who use the most data.

The new change will affect a specific group of Verizon Wireless customers. From their statement:

Starting in October 2014, Verizon Wireless will extend its network optimization policy to the data users who: fall within the top 5 percent of data users on our network, have fulfilled their minimum contractual commitment, and are on unlimited plans using a 4G LTE device. They may experience slower data speeds when using certain high bandwith applications, such as streaming high-definition video or during real-time online gaming, and only when connecting to a cell site when it is experiencing heavy demand.

The slowed speed will not be a permanent thing. The top 5 percent of data users will only experience it when they are using a cell site that is currently at peak usage. When the cell becomes less busy, the normal bandwith speed will return. Verizon doesn’t consider the slowed speed to be “throttling”.