Uber Technologies Inc. sold its self-driving-car unit to a Silicon Valley competitor, Aurora Innovation Inc., The Wall Street Journal reported. This appears to be an attempt by Uber to deliver on a promise to his shareholders to become profitable.

The two companies on Monday said that as part of the deal for the self-driving-car unit, known as Advanced Technologies Group, or ATG, Uber will make a $400 million cash investment in Aurora. Uber said it would hold a roughly 26% stake in Aurora on completion of the deal. Uber Chief Executive Dara Khosrowshahi also is joining the company’s board of directors.

According to The New York Times, “The deal amounts to a fire-sale to a high-profile but star-crossed effort to replace Uber’s human drivers with machines that could drive on their own.”.

The New York Times pointed out that Uber’s self-driving car projects led to the death of a pedestrian in Arizona; a lawsuit from Waymo, the self-driving car company owned by the same parent company as Google; and a guilty plea from a former Uber executive accused of stealing intellectual property.

This year, Uber and Lyft (together) spent almost $200 million to convince California voters to vote “yes” on Proposition 22. In short, Prop 22 (if it passed) would define app-based transportation (rideshare) and delivery drivers as independent contractors and adopt labor and wage policies specific to app-based drivers and companies. If Prop 22 failed, Uber and Lyft would have to pay their workers as employees – with benefits.

The ride-sharing companies got what they wanted when Proposition 22 passed. Curbed wrote: “Uber and Lyft have proved they are able to outright purchase legislation that allows them to shape local transportation policy while actively undermining existing services. Prop 22 demonstrates that not only do Uber and Lyft no longer have to play by the rules, they can now write their own.”

What will Aurora Innovation Inc., do with Uber’s self-driving-car unit? The Wall Street Journal reported that Aurora will focus on the rollout of self-driving technology for heavy-duty trucks. Autonomous passenger vehicles will follow.

The ongoing battle between ride-sharing companies Lyft and Uber,and the state of California, continues with an appeals judge extending a temporary stay, CNBC reported. This gives Uber and Lyft more time in which to comply with an order requiring the companies to reclassify their drivers as employees.

The situation began with a California law called AB5, when went into affect on January 1, 2020. It requires companies that hire independent contractors to reclassify them as employees.

On August 10, 2020, California Superior Court Judge Ethan Schulman ordered Uber and Lyft to reclassify their contract drivers as employees with the same protections and benefits as other staffers. Those workers would be entitled to workers comp, unemployment, paid sick and family leave, and health insurance.

AB5 allows independent contractors to be classified as employees if the employers can verify that that the worker performs work that is outside the usual course of the hiring entity’s business (among other things).

It seems to me that Uber and Lyft, both of whom are ride-sharing companies, are going to have a difficult time trying to convince a judge that their workers are performing work that is outside the usual course the hiring entity’s business. The workers are driving their own vehicles and picking up and dropping off passengers. That’s literally the main purpose of ride-sharing companies!

Both Lyft and Uber posted blogs that can be summarized as a threat to users of their services. Each made it clear that they would shut down service in California. The blog posts also push people to vote for Proposition 22 which, if it gets enough votes, would reverse AB5. Lyft later updated their blog post to note that rideshare is back on, thanks to the stay.

As a person who lives in California, and who is also disabled, I think Lyft and Uber should not have threatened users with a stoppage of service. I rely on them to get me to and from appointments with health care providers. It feels like Uber and Lyft never bothered to consider how an abrupt stoppage of service could become a huge difficulty for people who cannot drive.

The Guardian reported that Proposition 22 has millions of dollars in backing from Uber and Lyft as well as other gig economy firms that are affected by the law. It appears that Lyft and Uber have plenty of money to fund Proposition 22 – which directly benefits them and harms their workers. They should use that money to do the right thing and comply with AB5. 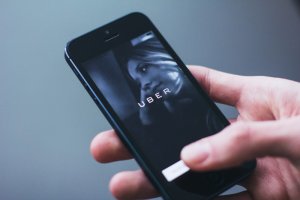 California’s Assembly Bill 5 (AB5) will reclassify many contract workers in California into full employees with benefits. It doesn’t cover all types of contract workers, and is anticipated to affect companies like Uber and Lyft the most.

The New York Times reported that AB5 passed the California State Senate in a 29 to 11 vote. California’s Governor, Gavin Newsom, endorsed the bill this month and is expected to sign it. If signed, the measure will go into effect on January 1, 2020. State Senator Maria Elena Durazo (Democrat – Los Angeles) authored the bill.

The bill redefines “employee” using an existing law that includes an “ABC” test to establish whether a worker is an independent contractor or an employee. It says a worker is an employee if the worker’s tasks are performed under a company’s control; those tasks are central to that company’s business; and the worker does not have an independent enterprise in that trade.

Those who are considered employees under this bill will have access to basic protections such as a minimum wage, unemployment insurance, and perhaps access to health insurance coverage.

Personally, I am an independent contract worker – not an employee. None of the work I do for a living could be considered “central to that company’s business”. That said, people who are part of the gig economy and who drive for companies who produce ride-hailing apps, could be considered employees. They are doing the work that is central to the the business of Uber, Lyft, and DoorDash.

According to The New York Times, Uber and Lyft have “repeatedly warned that they will have to start scheduling drivers in advance if they are employees, reducing drivers’ ability to work when and where they want”. But, this is nonsense. There is absolutely nothing in AB5 that requires companies to “schedule drivers in advance”. It is possible that Uber and/or Lyft will retaliate by raising the prices for rides – but this will ultimately backfire because public transit is always going to be less expensive.

Ride-sharing service Uber agreed to settle a lawsuit brought against them by the National Federation of the Blind. The suit contended that Uber was engaging in discriminatory practices by refusing to pick up blind passengers with service dogs. The settlement is still being reviewed by a judge and pending approval. The terms of the settlement force Uber to notify all of its drivers that they must take all passengers with service animals. The suit also awards $225,000 to the National Federation of the Blind over three years.

From a statement released by Uber:

As part of this settlement, we have agreed to take steps to make clear to drivers using Uber that they are obligated to transport to any passenger with a service animal. If the settlement is approved, drivers will see a pop-up in the Uber app reminding them of this obligation. We will also send periodic email reminders to drivers.

We have also agreed to publish a service animal policy which, in addition to our code of conduct and new deactivation policy, makes clear that any driver found to have refused someone with a service animal will be barred from using the Uber platform.

The National Federation of the Blind will deploy blind passengers with service animals to help test the new measures put in place by the settlement.

When I went to L.A. in July, I used Uber to travel back to the Airport. Of course, that was during rush hour, which is not a smart move. But the driver – an L.A. native – knew the shortcuts to get me from Venice Beach to LAX in a faster time.

So how would a driverless car do it?

Local independent transportation company Uber announced today they want to invest up to $375 million for 2,500 driverless cars from Google when they become available toward the end of the year. Their investment also included a commitment to share data with Google for the trips.

Google – who has been developing driverless cars since 2008 – just showed the GX3200 earlier this year at the Detroit Auto Show. The GX3200 is a four-person, 3 suitcase car with built-in Wifi and a charge that can get up to 750 miles.

For Uber, this could mean faster rollouts in cities they never planned to be a part of. Having 1-2 cars in towns with populations less than 10,000 is a reality. You don’t even a dispatcher living there, since the app takes care of the process.

Uber is in 24 cities in the U.S. – Just adding Honolulu last week – and 18 worldwide locations. Of course, major hurdles in some areas as labor unions petition this service and new regulations trying to shut down the Uber Taxi service.

Still, the question begs – do you want a driverless car? I would be more happy to have a car show up for me to get in and drive to my desired location. Having some control at this stage in the autonomous car period will make me feel safer.

With newer Google Maps – including the recently purchased and implemented Waze software (predictive software that finds alternate routes) – I could see a driverless car act just like my Uber driver from July.

Would you get into a driverless car?