It seems that when companies construct and move in to massive new headquarters, more often than not the event ends up marking the beginning of their downfall. 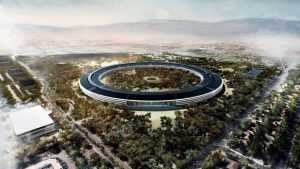 Remember the Pan Am building in New York City? The downfall of Pan Am can be traced directly to 1963 when Pan Am moved into its brand new highly-visible headquarters. Pan Am is long since departed. For many years the building has been rebranded as the MetLife building.

AT&T’s new building was completed in 1984 at the very same time that it had already been under an order to break up its telephone monopoly. Charles Brown decided to keep long distance and divest AT&T of the regional operating divisions that subsequently became known as the “Baby Bells.” Who remembers when long distance was actually a big thing?

Sears Tower opened in Chicago in 1973. About the same time, Sears stock began a decline from which it has never managed to recover to it’s former glory. Even before Sears Tower opened, there were already signs of trouble as they failed to recognize new competitors such as K-mart that were already eating into their business.

Tech companies seem to suffer the same curse of the new headquarters. 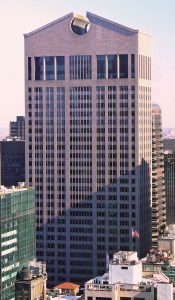 In 1999, Excite @ Home (remember that?) moved in to a shiny new headquarters across the street from it’s original location. Excite @ Home only had one profitable quarter. After the move to the new HQ, it entered a $35 billion dollar death spiral.

Yahoo burned a bunch of money on new corporate headquarters a number of years ago. What ever became of Yahoo? Remember the jingle – “Yaa Hoo!!!”

So, when companies start talking about building that massive new headquarters, it is a safe bet to expect that their inevitable downfall has started in earnest.

Congrats to Steve Jensen for winning a iPod Nano.. Fill out the survey to win tonight. I think you will have a lot of fun with me in the show today, as every computer in my studio was out to get me it seemed today. Plus I have a stack of tech news that you are not going to want to miss as we break the tech scene down for you.

To Qualify for Show 767 Contest Take This Survey!

As you can see there is a link below that has a no-follow tag on it that takes you to the new show notes page. I explain in the show tonight the reason for the change. There may yet be a software solution here at GNC. But we have to do some more investigating on how to implement it. But one thing I am pretty sure of the list of links to all of the articles I cover are forever gone from within the show notes blog post.

Tonight I take you on a tech journey that covers a wide range of topics including some cool stuff happening here at Geek News Central. I want you to pull up a chair or watch the show from your lazy boy as I break down the latest tech news. You have a great chance to win a cool prize in today’s show so listen to win.

May will be the month of giveaways, listen to win. I also go into some of things that I have been doing which you are probably already aware to ensure the stability of the show for the long hall. Extended dialogue time on this show but with a hard hitting tech show as well.

This is a action packed, rapid fire show. Hope you enjoy it, this is packed end to end with tech content. Need a new employee in Tampa area? Drop me an email as my daughter is on the job hunt.

Links to all Articles covered in this Podcast [Click Here]

Great quick trip to DC. Should be back in Honolulu for a couple of weeks before any other trips.. Studio construction to commence shortly. Video viewers watch to qualify to win!