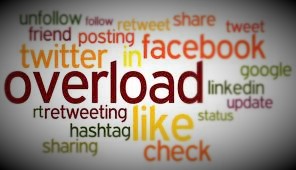 For some time, something has been going on with me I’ve been struggling to explain. My motivation to share things via social media has been waning.

When podcasting came along in 2004, and social media was still in its infancy, my motivation to share was strong. For several years, I was creating and posting new content at a furious rate.

However, in the past couple of years, the motivation I once felt has been on a sharp decline. I’ve been wondering, did something happen to cause me to stop caring? Was I running out of energy? What was the deal?

Lately, I’ve been toying with the theory that people have a fixed amount of sharing capacity, and once that is used up, the motivation drops off. To back this idea up, there have been plenty of people that had a large online presence that at some point simply seemed to run out of gas and ended up dropping off. This pattern seems to be common, whether it is with a large percentage of podcasters, or just people posting stuff on platforms such as Twitter or Facebook.

With me, motivation is everything. I find that if I am motivated to learn something and/or do something, I can bore right through to the center of whatever it is and make it happen. However, if I’m not motivated, I might as well forget it. I cannot force myself to do something that I lack natural interest in or motivation for.

So, this is the best answer I’ve come up with so far. I am currently tapped out when it comes to the motivation to create and share content online.

Will this lack of motivation to share continue? Would it return if I found myself in a different personal situation, such as when I retire? These are questions I currently have no answers for.

If the work-life balance is something of a struggle and you find that you aren’t spending enough time nurturing your relationships, then the Concepter Soul might be for you. Nakia gets social with Tania Viezhys, Head of Communications.

Developed by the same team that created the iBlazer LED flash, the Concepter Soul measures the amount of time that you spend in close proximity to friends in the real world and gives you a summary of who you spent quality time with. Using Bluetooth, Soul combines a wearable, a key chain and an app to track who you are with during the day and reports on your top five “friends”. It may surprise you to see who takes the biggest chunk of your time.

The Concepter Soul will be available for US$29 when it comes out in early 2016. 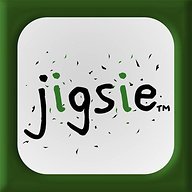 Living abroad, I’m always on the lookout for innovative new ways to communicate with friends and family back home, beyond your ordinary old social networks. Lately I’ve been obsessed with Jigsie, a fun new social app with a twist.

Jamie and Nick spoke to Paolo Farrari, CEO of Bella Technologia, about the app. Jigsie is a social app that turns your photos into personalized digital jigsaw puzzles that you can send to your friends and family. With options to add info like location, calendar dates, and more to your “Jigs”, the possibilities are endless with Jigsie.

Jigsie is available for free now for iOS and Android.

By now you’ve probably at least heard about Ello. It’s the new “Anti-Facebook” social network. No ads, no name policies and well, no privacy either.

The simple platform is still in beta but over the past few days, the site has exploded, as users hand out invites to pretty much everyone. I signed up about a 16 days ago and there weren’t too many users at the time, relatively speaking. Very few that I knew, and a couple of celebs. It’s always interesting to see celebs post on a new network and have NO comments. However, Ello gained a
ton of traction following Facebook’s latest push to ban people not using real names. The drag queen nation led the march out of town, as most don’t use their birth names for performing. Following in their high heeled footsteps, were many other performers and people who feel safer using a pseudonym. Ello has no rule (as of yet) about what name you choose, so many people started going there.

What you find when you get there, however, is nothing like Facebook. It’s very bleak, very simple, and a little clunky at this point. There are no “Likes” or hearts or anything to indicate your agreement with a post, other than a comment box. The other thing to remember when you post – EVERYTHING YOU POST IS PUBLIC. You have a friend list and a “Noise” list, but what you post doesn’t go to just one list or the other, it goes to everyone who can look up your username. Ello has released a notice that more privacy settings are coming, including ways to block, and flag people. Also private messaging is supposedly on the way.

Something else that’s a little foreign to people who are used to the Facebook comment threads, is the way you’re notified (or not notified) when someone @’s you. You get an email. There doesn’t seem to be a way to find your mentions any other way, apart from reading every comment and post. And speaking of email notifications.. Ugh. My inbox over the past few days, has been nearly nothing but “so and so is now following you” messages from Ello. Most are people I don’t know, and I’m assuming a ton of them are spam or bots already.

But it’s not all bad. You can post large images (which I like), you can post animated gifs (which some people won’t like) and do some formatting with your text.  The simplicity is also sort of nice, compared to the million settings in Facebook and things Google makes you opt out of if you don’t like it on G+. The thing to keep in mind, is that Ello is still very new, and not even public yet. We’ll see if it survives liftoff or dies before the engines even fire.

You can find me at @thelangley on Ello.

Massdrop have announced that it has raised $6.5 million in a Series A round of financing, led by Mayfield Fund. This new funding brings the company’s total funds raised to about $8 million, which includes existing investors Kleiner Perkins, First Round Capital and Cowboy Ventures. Massdrop will use the cash to fuel its rapid growth and deliver on its vision for a new wave of community-driven commerce.

If you haven’t come across Massdrop before, it’s a bit like a social version of GroupOn. Massdrop supports a range of communities from automotive to in-vogue vaping. A poll product category is put forward and enthusiasts suggest different models in the product category, before everyone votes on their preferred one. For example, there might be a poll for external battery packs with models from Anker, NewTrent, Mophie and Satechi put forward and then voted on. Once there are some top choices, Massdrop approach the vendor(s) to see if they would be interested in a bulk sale, potentially with a range of price points based on volume. If agreeable, the product is put on sale with the different points shown thermometer-style. Purchasers can either buy regardless of price point or else commit to buy when it reaches a particular point.

It’s a cool idea that seems guaranteed to get savings. There are some downsides, the main one being that you have to wait until you get your hands on the product. First, the purchasing window has to close, then the whole shipment is delivered to Massdrop who finally re-ship the individual items. Definitely not for goods you want in hurry, but where it scores is that you potentially get the best product in the class at a good price.

On this basis, it’s not hard to see why Massdrop could be big. It combines the benefits of a crowd-sourced product recommendation site with the power of group purchasing to reduce prices while keeping quality up. For vendors, it’s no longer a race to the bottom; there’s an incentive to make good products.

Further, unlike Kickstarter and Indiegogo, you’re buying a real, existing product and not gambling on the design and manufacture of an unknown product which takes months to deliver.

I think that the financiers have made a canny investment in Massdrop as there’s lots of potential here and I’ll be looking out for a bargain on the site too. What do you think?

Out of the blue I received an email from Google Buzz support which, needless to say, was a surprise. In fact, I felt like a time traveler when I saw it land in my inbox — the service began mercifully shutting down back in October 2011. Well, it is not officially dead yet, it seems, but life-support is about to be disconnected.

The email informs former customers that all of their old Buzz data is heading for Google Drive and will be arriving this summer. “On or after July 17th, 2013, Google will take the last step in the shutdown and will save a copy of your Buzz posts to your Google Drive, a service for storing files online”, the  message reads.

It goes on to inform users that two types of files will be stored:

If you left comments on the posts of other users, then those will only be stored in the files of that customer. Comments that were deleted will not be saved. The files will be treated as all others in your Drive — you can share them, keep them private or simply delete them. For now, you can view the Google Buzz posts you have authored here.

Social photo service Instagram just had a big week, although not as big as the week of the billion dollar buyout, but it’s all relative.  This week the mobile app company released a slew of updates, including ones to their Android and iOS apps, as well as to their web site.  There were bug fixes and new features for everyone, and with the power and financial backing of Facebook behind them, they will likely be moving even faster with their updates and upgrades.

Updates to the android app included:

Instagram, now a property of Facebook, is the number one photo sharing service right now and they continue update and innovate in an effort to stay relevant in today’s ever-changing tech world.   Like other social networks, it’s free to use.