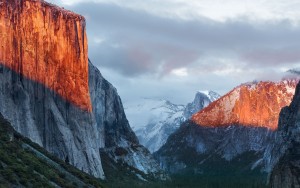 Well apparently according to some sources like PCWorld, the newest update of Snow Leopard will kill the Hackintosh. 10.6.2 will not run on the ATOM processor, therefore knocking out all the instruction sets for any netbook running that version. Therefore, you will have to stay in a lower level to keep the machine running.

I really don’t understand why Apple is so Anti-hack. iPhone bricks – Palm Pre doesn’t get iTunes – now the hobbiest is not allowed to play? What’s next: controlled net neutrality? (you think I’m kidding, but I would guess if Apple had it’s way, there would be an iNternet)

We get it, Apple: You had the contracts with UMax and Motorola. Macintosh clones of ten years ago where you pulled those licenses. You even go against Psystar so they don’t profit off your work. But going against the tinkerer? Going against the core Geek?

Remember Apple – you run on an Open Source architecture in FreeBSD. While I’m not saying you should Open the OS, you might find that giving people the option may turn them to Apple products faster. They will flock to something they are used to. What is to stop someone from writing code that could closely mimic the Apple OS? What about someone that just writes code to make an OS that could Rival MacOS? Android, perhaps?

And while I will not cry Antitrust on this, I do have to ask the question: Why would I go with something that is so closed? I am wondering if they should re-review their 1984 commercial where the woman ran down the aisle with a hammer to smash out conformity. Who would have thought the old guy on the screen was Apple itself?

BTW – there is no mention on if these instruction set changes will affect any desktop Hackintosh system. You might just be safe….

Monster Show tonight with a huge amount of content that i get through pretty quickly. Lot’s to talk about and I dont even spend a lot of time on the WWDC announcements. Another clue to our newsletter audience.

Listener Links:
Chair that I have in my Office
Quantum Physics and Internet Searches
Fake Astronaut gets hit by Solar Flare (Ouch)
Snapshot Application (Not Tested)
Hulu to Charge?
The Japan Xperience Podcast
Largest Solar Roof in Middle East