After the success of their smart helmet light for motorcyclists, Cosmo Connected are back at CES with a new version for bicyclists. For once the smart moniker is well deserved and it really could save lives. Todd goes for a ride with Emily. 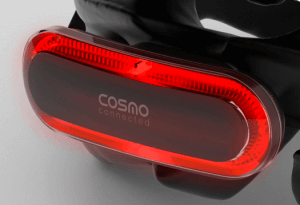 Winning three CES awards in 2018, the Cosmo team’s smart helmet for cyclists builds on bike version. With investment from Michelin, the new helmet light not only shows when the cyclist is braking but also when they’re going to turn. For braking, the light uses accelerometers to detect deceleration but for turns, it’s more sophisticated. The smart light is pre-programmed with the cyclist’s expected route and then uses GPS to anticipate upcoming turns, indicate either to the left or the right as appropriate. This is particularly useful for cyclists who have regular routes such as commutes.

In the unfortunate event of an accident, the Cosmo smart light can automatically call for help via the rider’s smartphone (Android / iOS) using Bluetooth.

The new cycle light will be available in the summer for US$59 – that’s amazing value and I’ll be getting one. As promised, here’s last year’s CES video for the motorbike light. 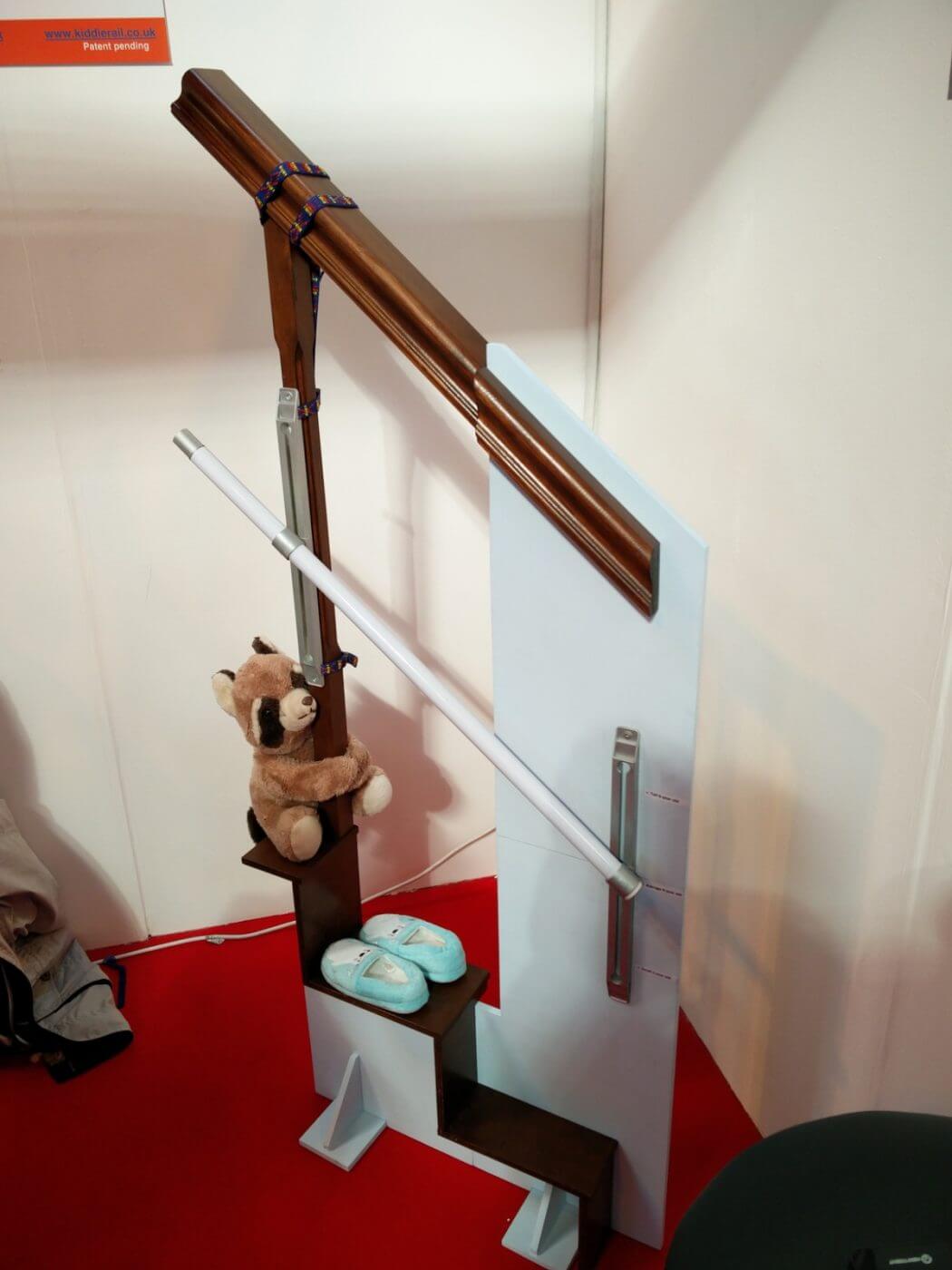 We’ve all seem people walking while staring down at their phones, even resulting in some hilarious videos. Even one that went viral a while back when a surveillance camera captured footage a woman in a shopping mall falling into a fountain while staring at the device in her hand.

Now a city in Germany thinks it may have found a solution, or at least a partial one. The town of Augsburg is embedding traffic lights in its sidewalks in hopes that pedestrians may notice while looking down and then not walk out into traffic.

This comes on the heels of a report that showed that 17 percent of pedestrians use their smartphone while in road traffic. To nobody’s surprise, it’s the younger generation that is affected by this phenomena the most. The study also reveals that Amsterdam has the lowest statistics, while Stockholm the highest.

The reports points out that “Across all cities and age groups, just under 8 percent of pedestrians were seen texting while crossing the street. A further 2.6 percent made calls, and around 1.4percent did both at the same time. Around 5 percent wore earplugs or headphones without speaking, so were probably listening to music. As expected, younger pedestrians tended to use their smartphone more frequently than older ones, with use being most intensive in the 25-to-35 age group at 22 percent. Gender-specific differences were apparent: While texting was most common among female pedestrians, men listened to music much more”.

Security firm Sophos points out that “Augsburg’s new pedestrian lights — which the city’s just trialing, at this point — eight LEDs begin to flash red when a tram approaches”.

We’ll see how this works. If it’s effective then we may see it implemented elsewhere, both in Europe and perhaps in the US.

Many people in the UK will have seen advertisements in the past for emergency call necklaces and bracelets aimed at older people who live alone, providing them with reassurance that they can call for help in the event of a fall or other emergency. Typically these products are an older technology, relatively expensive and aesthetically uninspiring. Acticheck aims to bring the idea up-to-date with an inexpensive wearable solution using consumer technology. Andrew interviews Bill to find out more.

Acticheck Assure combines a ruggedised waterproof bracelet with a monitoring hub which connects back to a cloud portal using an broadband Internet connection. In the event of a fall or other emergency, the wrist alert communicates with the hub to send messages to relatives and friends asking for help. The portal can be accessed through desktop computer, tablet or smartphone to manage settings and view personal information.

Acticheck is available now for GB£239 which includes the hub, wrist band and a year of service. The wrist band does need replaced every year or so when the internal battery runs out at a cost of £89. 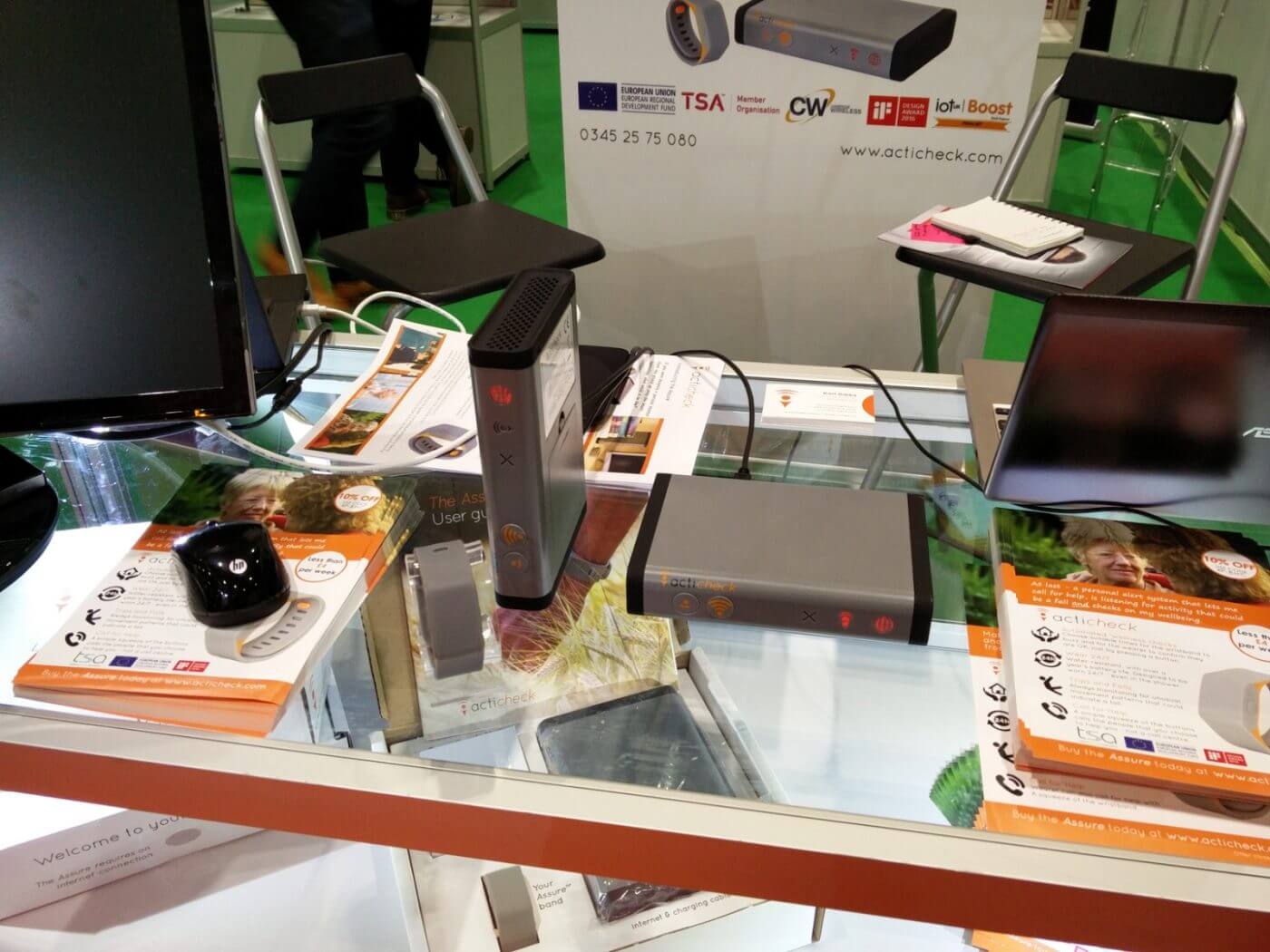 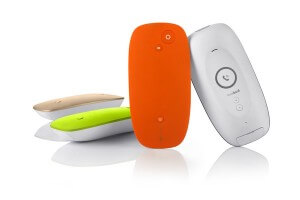 Don Baine and Dix Chew, Co Founder, look over the the latest iterations of the Fonebud at CES. A minimal secondary handset for your smartphone that combines a Bluetooth headset with a USB charger and flashlight, the Fonebud goes in the hand while the expensive smartphone stays in the pocket.

For long calls, the Fonebud works like a Bluetooth headset to reduce RF exposure but as it’s a handset, you don’t look too nerdy holding it to your ear. In high crime areas, it reduces your loss if a thief tries to snatch the handset from your grasp. For additional safety, there’s a variant with a built-in panic alarm.

Three new versions are coming to market with price points from US$76 to US$99. The current Fonebud Essential Plus is available now from US$51 at Fonebud’s online shop.

Twitter will be making two new policy changes. One is related to prohibited content. The other is about how they will enforce certain policy violations. The goal is to reduce the amount of abuse that Twitter users could find themselves subjected to.

Twitter is also going to take steps to enforce penalties upon those who violate Twitter’s policies. Their support team has been given additional enforcement options that gives them the ability to lock abusive accounts for specific periods of time. Twitter’s blog further explains: “This option gives us leverage in a variety of contexts, particularly where multiple users begin harassing a particular person or group of people”.

In short, Twitter can lock a user’s account if he or she violates the Twitter Rules. Twitter can actually give users a timer “countdown” that shows exactly how long it will be before a person can use their Twitter account again. Personally, I think that this delay will effectively remove the instant gratification that some people appear to get from harassing others on Twitter. They won’t be able to fire off the next unpleasant comment – they have to wait.

Once the “countdown” ends, Twitter might ask the user to enter their phone number. An SMS with a verification code will be sent to that phone number. The Twitter account won’t be unlocked until the person is able to send Twitter the SMS code. After that clears, it is possible that Twitter will require a person to delete the Tweet (or Tweets) that got them in trouble in the first place. Don’t want to delete that Tweet? The account stays locked.

Twitter is also testing a new product feature that will help them identify suspected abusive Tweets and to limit their reach. The feature “takes into account a wide range of signals and context that frequently correlates with abuse including the age of the account itself, and the similarity of a Tweet to other content that our safety team has in the past independently determined to be abusive.”

My impression is that this new feature will be able to notice that a brand new “egg account” has been created, to note that it is sending out abusive Tweets, and to prevent the person behind the account from being able to continue to do so. In other words, an abusive Tweeter that got his or her account locked might not be able to immediately make a brand new “egg account” for the purpose of continuing to behave badly on Twitter.

Continuing GNC’s coverage of the Gadget Show Live and the British Inventors’ Project, Child Angel is one of the smallest and most advanced child tracking device on the market. Made to be attractive to the child and easy to use in an emergency, the Child Angel wrist-mounted tracker provides accurate location monitoring by combining GPS, GSM and Wi-Fi hotspot triangulation.

Child Angel keeps children safe in three ways. First the parent can view the child’s location on a map using the Child Angel app on their smartphone or tablet (both iOS and Android). Second, the child can send a “Help Me!” alert by taking off the bracelet and third, an alert is raised if the child leaves a geo-fenced SafeZone.

The battery life is about 48 hours and the Child Angel can easily be recharged through the micro-USB. The Child Angel bracelet is available in different colours and can be customised with personalised covers, too.

The Child Angel should be available soon with a retail cost around £100. 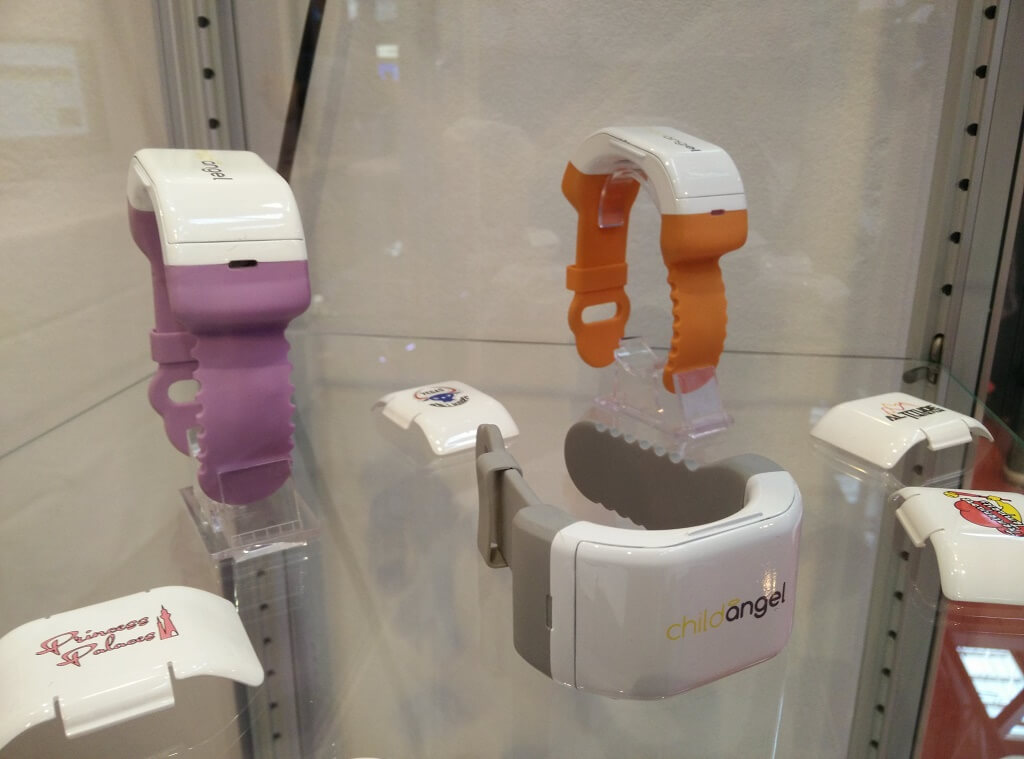