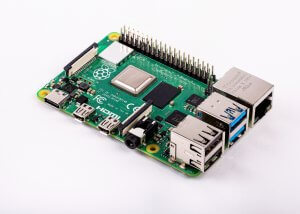 The long-awaited U.S. release of Raspberry Pi hit snag this month when the folks behind the pint-sized PC (credit card-sized, actually) realized the units were manufactured with non-magnetic jacks. “No magnetics means no network connection,” a blog post stated on the Raspberry Pi site earlier this month.

Tech folks have been buzzing about this British non-profit start-up (The Raspberry Pi Foundation is a UK registered charity) since it announced it was taking pre-orders for its Raspberry Pi and demand outstripped supply within minutes. Originally designed to provide a cheap, versatile and powerful little PC for young people to learn programming with, Raspberry Pi has instead captured attention from the entire programming world – many of whom (myself included) are waitlisted for the $25 to $35 dollar machine (probably more like $50 after taxes/shipping).

The draw is threefold – it’s inexpensive, versatile and small. Essentially, it’s a little Linux machine on a RM11-based Broadbom BCM2835 200MHz ARM processor with up to 256MB of SDRAM, composite and HDMI outputs, USB and memory card slots. No case, no bells, whistles, etc. They have a pretty extensive FAQ – it will answer all of your technical inquiries and then some.

Sounds pretty cool – a neat little PC that programmers both novice and pro can push and pull in many directions. The Raspberry Pi team has already taken to testing this little wallet-sized computer to the max, like running Quake 3 on it with minimal issues.

Outside of the technical impressiveness and the attractively cheap price, it’s the goal of this project that deserves the most respect. From the Raspberry Pi team – “We want to see cheap, accessible, programmable computers everywhere; we actively encourage other companies to clone what we’re doing. We want to break the paradigm where without spending hundreds of pounds on a PC, families can’t use the internet. We want owning a truly personal computer to be normal for children. We think that 2012 is going to be a very exciting year.”