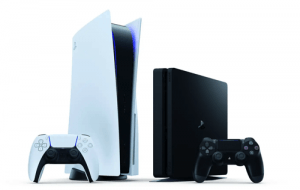 Sony announced that their PS5 and PS4 beta includes features that are designed for accessibility. This could make gaming easier and more fun for people who have disabilities. It includes an update to party chat, new UI settings and a preview of a voice command feature.

The Verge reported that your PS5 can listen for the “Hey PlayStation!” voice command to let you find open games, apps, and settings as well as control playback during a show or song. Those who don’t want to use it can turn off this feature. According to The Verge, the “Hey Playstation!” command will be available in English for beta users with accounts registered in the US and the UK.

To me, it sounds like a player could choose to use the voice command feature, instead of the controller, to access menu items. That could make a huge difference for people who have disabilities that cause their hands to hurt.

The voice chat reporting feature has been updated. If you want to report something that someone in a party said, there are now visual indicators for you to identify who was speaking. The PlayStation Blog points out that this will help PlayStation Safety to take appropriate action based on your report.

Screenreaders can be helpful for people who have low-vision or who are legally blind. Some games have very small text on the details of a quest, the books a player can open up in-game, and details about specific items. A screenreader gives players the information they cannot see.

Another accessibility feature allows people to enable mono audio for headphones so the audio is played from both the left and the right headphones, instead of a stereo or 3D audio sound mix. According to the PlayStation Blog, this feature provides an added option to enhance the PS5 audio experience, particularly for players with unilateral hearing loss.

Adding accessibility options is always a good idea! Doing so gives players who need those options an increased ability to participate in groups and to get more information within the games they choose to play.

The Harmony line of universal remotes, now owned by Logitech, has been seeing a lot of activity lately in terms of updates and improvements. The remote can control more and more devices all the time, including Amazon Fire TV and even home automation products like Philips Hue light bulbs.

One thing lacking was your Sony game console, a feature cutomers were apparently asking for. That lacks no longer as today Logitech announces that Harmony can now be used with the PS4.

This will allow customers to navigate the menus, as well as control blu-ray discs and apps like Netflix, YouTube, Amazon Instant and more.

There is one thing missing, as Logitech points out — “One thing we do need to mention is, unfortunately, this update does not allow you to power your PlayStation on directly—Sony does not permit any remote other than their game controller to power on the game console”. It’s a minor drawback, but the company promises that once your system is on then it’s in Harmony’s control.

This will all work over Bluetooth, so there are no worries if your console is behind a cabinet door or something like that. No official word is being given about the roll out of this update, but it would seem it’s immediate or at least imminent.