On review here is the Archos 52 Platinum smartphone, a mid-range phone with a couple of tricks up its sleeve. First, the smartphone takes dual SIMs and second, it has a microSD slot. The latter is perhaps not a great trick on its own but when paired with Archos’ new Fusion storage, it’s a smartphone with masses of space. Let’s take a look. 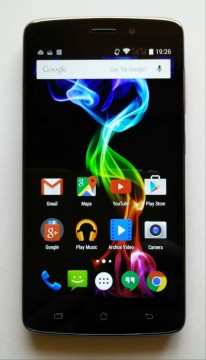 They say first impressions count and my first impression of the Platinum 52 on opening the box is how much the smartphone looks like a bigger Nexus 4. It’s the silver surround on the front and while round the back it’s not the sparkly glass of the Nexus, I’m still a big fan as it’s a neat clean look.

Specwise, the Platinum 52 is a 3G quad-core 1.3 GHz device with 1 GB of RAM, 8 GB storage and a microSD card slot. It’s not a cutting edge processor by any stretch of the imagination but it’s a solid performer that will handle most tasks thrown at it. The 1 GB RAM is a bit meagre but once Fusion Storage has been experienced, it forgives the 8 GB storage memory. Out of the box, the 52 is running KitKat with extra Archos apps but no significant changes to stock Android.

It’s a 5.25″ IPS screen with a 1280 x 720 HD screen which looks bright with good contrast. The Platinum 52 has hard buttons at the bottom of the screen. I prefer the soft buttons of the Nexus series but that’s a personal choice.

There are two cameras, an 8 MP rear camera and a front 2 MP one. No great surprises from either camera, either good or bad.

Round the back and inside is a removable 1750 mAh battery – performance was in-line with expectations. Also inside is the Platinum 52’s first trick; a SIM carrier that takes two SIMs, one micro and one nano (though the Archos website says that they’re mini and micro). 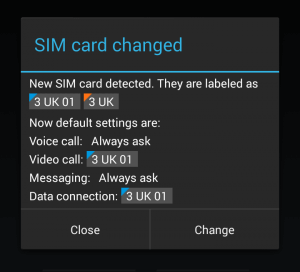 Having dual SIMs opens up possibilities that having one SIM doesn’t. One SIM for personal and other for work. One SIM for home and your main number, one SIM for the local country and data services.

When a new SIM card is put into the Platinum 52, the phone prompts to set the defaults for each card, so if on travels, set the data connection to the local SIM to avoid whopping data charges. It’s pretty neat.

The next trick is Archos Fusion storage and the Platinum 52 is one of the first smartphones to take advantage of  the feature. Simply, the internal 8 GB storage memory is joined with the inserted microSD card. Put in a 32 GB card and the Platinum 52 has 40 GB of storage.

It’s a two step process; first enable Fusion and then optimise the storage. It’s straightforward and pain-free, though the optimising process takes a little while as files are shuffled around. 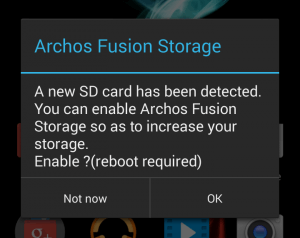 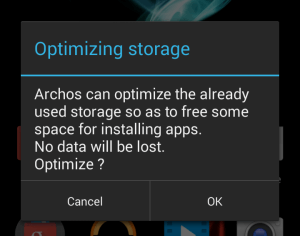 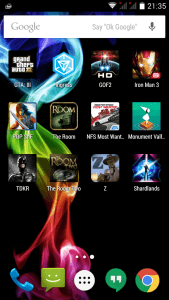 Once the process is finished, the addition of the microSD card to the storage memory is seamless. After inserting a 32 GB card, I was able to load a stack of massive games onto an “8 GB” phone – Monument Valley, GTA III, Shardlands, Iron Man 3, The Room, The Dark Knight, Galaxy on Fire 2. In practical use, I could tell no difference – possibly games took a little bit longer to load but these are big games and take time even on standard phone. As far as I could tell, the Fusion storage system worked perfectly; Archos have done a really good job here.

At an RRP of GB£129.99, the Archos Platinum 52 is up against some stiff competition but on the whole comes out ahead in both price, specification and looks. The dual SIMs and Fusion Storage are compelling selling points which should set it apart from the herd, especially for travellers. Fusion Storage is clever, works well and gives the low internal storage a valuable boost.