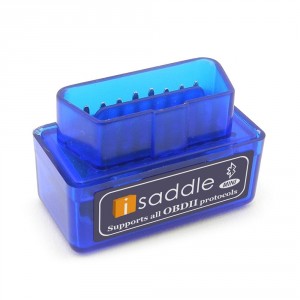 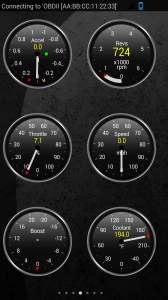 I hear it all the time – Dang Vista won’t work. They still get frustrated over printer failures, slow programs loading and just basic aggravation to it’s performance. But what’s more interesting is how I fix the problem – and make the program run 200% better.

It’s all about a piece of software that has been a thorn in my side for the last 10 years. Ever since Windows 98, this much needed software has taken a step too far in it’s installation, and when other software gets installed, this software fights with Windows. Worst part is this software expires, which causes more problems than you can imagine.

The latest machine was a HP AMD laptop. The printer spooler was failing. I was getting popups from the Information window because Symantec took over the Firewall. Then it rounded off with a renew subscription error.

Ultimately, all these errors would make the startup time a good 5 minutes. Yeah, you can start after the initial boot-up and sign-in, but as you are working, you are getting all these stupid windows saying there are problems, when in all reality it’s a program you rely on.

Someone gets a new machine and Hey! there’s an anti-virus software you can install. But it’s more than anti-virus. It’s a webscanner. It’s a email scanner. It’s an anti-phishing device . It’s a swiss army knife you can use in any way – until the 1 year trial expires. And then you will get upgrade notices – months in advance – to buy another year.

That is the worst part: this software expires and most procrastinate. Most people I know just pass off on the box and continue. Two to three months after expiration when I look at their machine, I am surprised they haven’t been infected with anything else.

This laptop had one other problem. Within the year that they purchased the machine, they also installed AVG anti-virus.

So for anyone to check email, get on the internet or whatever, they have to run through an expired Anti virus, then one that is working. That’s like sitting in the doctors office and when your name is called, you move to a second waiting room, in where you wait for your name to be called again.

I have been taking Symantec off computers for 10 years. And, yes. For 10 years I have also been removing McAffee. This bloatware is only causing problems, then the user doesn’t want to pay for an upgrade, therefore making the situation worse.

I agree – If you are not in a corporate environment, you should be able to get a basic Anti virus that will not charge you to download the latest definitions. That is why I install a lot of programs like AVG and Avast on machines. I still have to follow up with the customer because of the expiration of the registration keys.

Symantec software (or McAffee)  SHOULD NOT be on new machines. If anything, it should not be pre-loaded, but put on a CD that you physically have to insert and install. If you have to physically install the software, you understand it a little better than something you just have to “Activate”.

In my work, I have pretty much called Symantec more harmful than helpful. No matter what you throw at me in argument, I can bring back with “Yeah, but your software expires and causes more problems in computers”. No wonder people get annoyed with their machines. If I didn’t know about this, I would be swearing at my computer every time it loads.

If you have the software and it’s saying “Pay for another year”, then take some action. At least the un-install process isn’t as annoying as it used to be. I think with McAfee you still have to put in the password you created when you activated it. Hopefully you remember that.

I always say “Ignorance is no excuse”, but on the same token I can’t know everything. Otherwise I would be on Jeopardy answering Alex Trebek’s questions. Or is that asking questions to Alex Trebek’s answers…