For all today’s gadgets, there’s a great deal still to be said for pen and paper. It’s cheap, reliable and you don’t need to worry about the battery life. Setting those practicalities aside, I find great pleasure in a beautiful notebook and a fine fountain pen, though my handwriting still leaves much to be desired. I’m not a alone in this pleasure with a resurgence in paper notebooks and the legendary Moleskine has pushed to the fore. Is it the best? Here we have two lined notebooks, one from Leuchtturm1917  and the other from Moleskine – let’s take a look and find out. 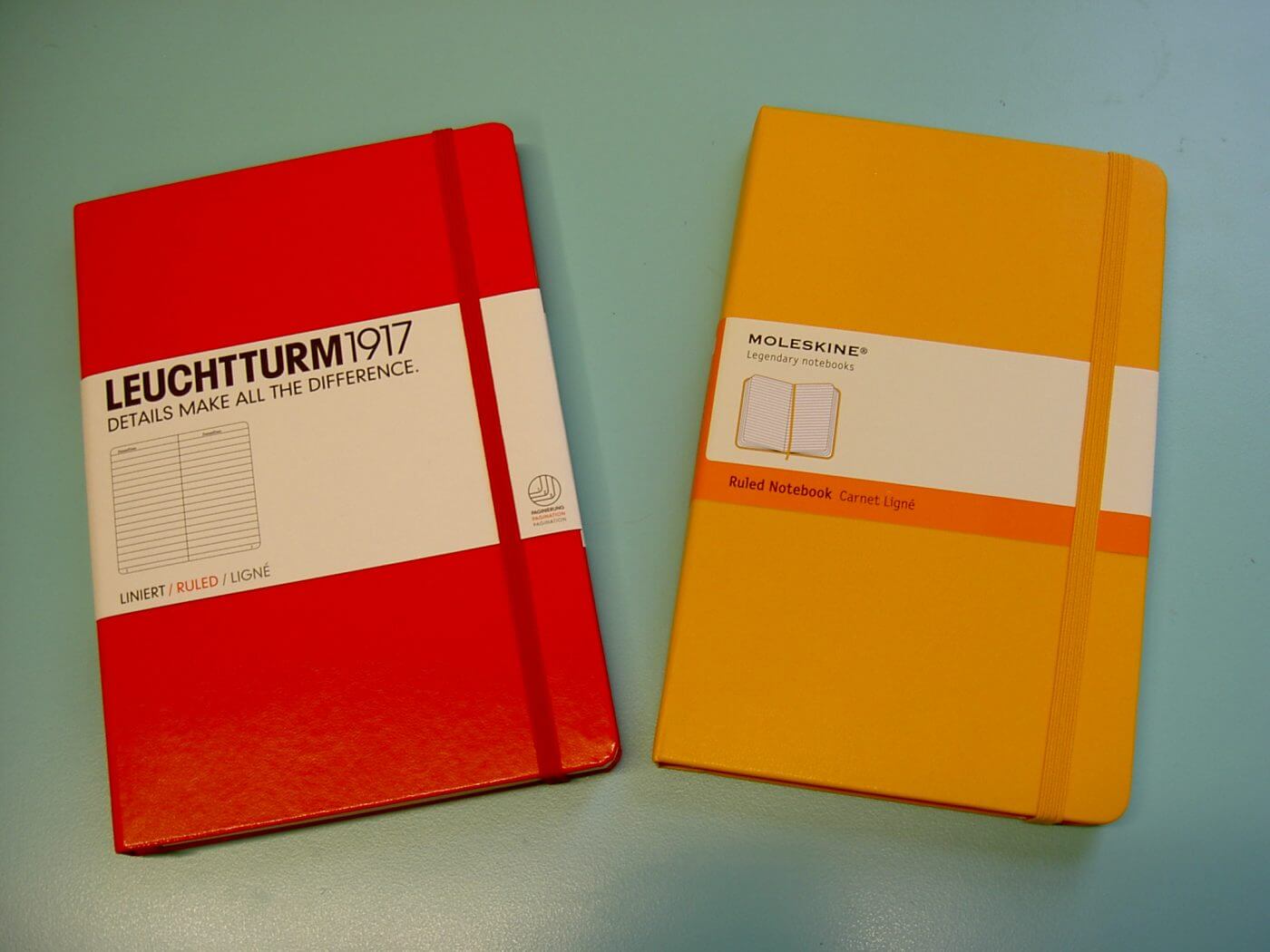 Both Moleskine and Leuchtturm draw on their heritage. Moleskine’s dates back into the early 20th Century name-checking Picasso, van Gogh and Hemingway. Although originally French, it died out in the 1980s, only to be resurrected in the late 90s by an Italian publisher. On the other hand, Leuchtturm goes back to 1917 (hence Leuchtturm1917) with roots in Hamburg, Germany and a reputation for stamp collecting albums, which continues today. These stories are laid out by both companies in small cream folded inserts that accompany each book. The message is clear; you aren’t buying only a notebook, you are continuing the traditions of culture, history and travel.

Physically both notebooks are very similar but there are subtle and useful differences. I’d call them medium or A5-sized notebooks though strictly the Moleskine isn’t wide enough for A5. Both are 21 cm tall with hardcovers but the Moleskine is only 13 cm compared with the the Leuchtturm’s 14.5 cm. Each has an elastic enclosure band, page marker and an expandable pocket inside the back cover. They also come in wide range of colours and pair well with 7″ tablets, such as the Nexus 7. 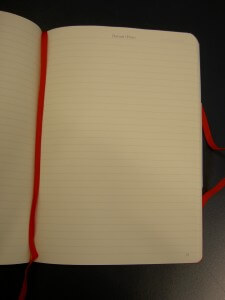 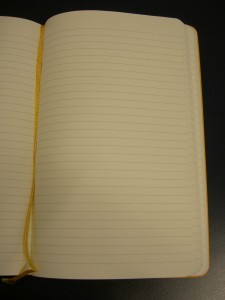 Opening the notebooks shows that both have lined pages with the same line spacing, but with the Moleskine, that’s about it. Although both have an Owner page at the front, the Leuchtturm goes further with three Contents pages and each page is numbered for easy reference. In addition, there are eight perforated pages towards the back that can be removed, along with some stickers to assist with archiving once the notebook is full. The Leuchtturm1917 is for those who want to be organised! “Datum / Date” is printed at the top of each page too, which may put people off but suits me fine. 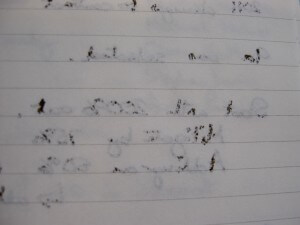 Both notebooks have lovely paper which is a joy to write on with pencil and ballpoint. However, the Moleskine has a problem with pen ink bleeding from one side to the other, particularly with black ink, which makes the Leuchtturm a better choice for fountain pen writers.

Overall, both the Moleskine and the Leuchtturm are stylish notebooks with a great feel both in the hand and under the pen. For me as a fountain pen owner, the Leuchtterm wins out by default, but the contents pages and page numbering make it my choice for those reasons too. Pencil owners and people looking for something a little neater may prefer the Moleskine. Whichever you choose, you’ll never go back.

Available from all good stationery retailers, the Leuchtturm1917 retails for around GB£13 with the Moleskine for a few pounds less. I wasn’t expecting to see this at The Gadget Show, but it was interesting nevertheless. Parax Paper is paper made from stone rather than wood. Instead of cellulose, the main constituent is calcium carbonate, the mineral in both limestone and chalk. Unsurprisingly, this gives the paper a naturally white appearance and is extremely smooth to the touch. Best of all, it’s waterproof!

In comparison to ordinary paper, it’s less environmentally damaging on a number of fronts. Production uses no water and there’s no damaging acids or alkalis used in the process. Parax Paper is recyclable and it photo-degrades in about a year. On the downside, inks take a little longer to dry as the surface isn’t as porous as normal paper and it can’t be used in laser printers as the carbon-based toner won’t bind with the surface.

However, there was wide range of Parax Paper products on show, including notepads, stationery, envelopes, paper bag and plates. Their website doesn’t yet seem to have an on-line store but in the meantime, you can listen to my interview with Parax Sales Director Simon Stockford. It’s Handy Andy and Elyse Kaye from Black and Decker, showing off the iShred which is a stylish paper shredder that will fit into the decor of anyone who loves white. The iShred is the world’s “first” vertical paper shredder and it looks like an upside-down snow cone. It’s about 30″ tall.

Instead of feeding paper into the top of the shredder, it goes into the slot in the side. The paper gets collected into the wastebasket at the bottom for easy disposal of the paper. It’s cross-cut-type shredder and it can also handle credit cards.

Only $99 which is a bargain for something this good looking.