Cameras offer a level of home protection that many people find comforting. Outdoor cameras can show you who is at your door, who has been in your yard, and if your package has arrived. Panasonic has a HomeHawk line of smart home monitoring cameras. They provide safety and peace of mind. 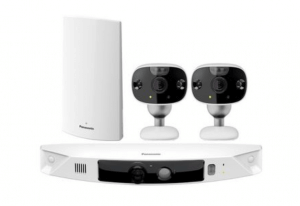 Don spoke with Etsuko from Panasonic at CES 2018. They discussed Panasonic’s HomeHawk line of outdoor cameras. One is a dedicated front door camera with a very wide view. Another is a small outdoor camera which you can place wherever you need to. The cameras are powered by batteries that last three to four months (if you record two minutes per day.)

These HD cameras are weather resistant and have LED lighting. They offer a super wide view in full color during the day and in color night vision when it is dark outside. The front door camera allows for 2-way talk, which means you can speak with delivery person – or dissuade a thief from stealing your package.

Tablet computers have become mainstays in our lives in recent years. The compact, yet powerful, nature of these devices makes it easier than ever to perform computing tasks in almost any environment. But most consumer-grade tablets aren’t designed for things like labs, construction sites, or other specialized areas. That’s where Panasonic’s line of Tough Tablets come in.

Aylee stopped by the Panasonic booth to speak with product manager Steven Sikorski. Steven showed off Panasonic’s new line of rugged tablets that are designed to be used in any possible environment. These tablets can run on up to two batteries for 16-20 hours before needing to be recharged. These rugged tablets start with a smaller 7-inch highly portable model and run all the way up to the 20″ ToughPad 4K. All of Panasonic’s Tough brand tablets are currently available for purchase and pricing varies, depending on the model.

Aylee Nielsen is a video host who specializes in covering live events for Plughitz Live. 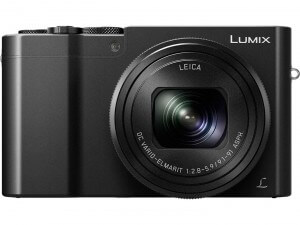 The new Panasonic Lumix ZS100 comes with a raft of features that make it a little bit different from the average pocket snapper (and a price to match). Daniel chats with Darin Pepple from Imaging with Panasonic to review the ZS100’s features.

To start with, the ZS100 has a 1″ 20 megapixel sensor, which is huge for a camera in this class and gives good depth of field control. And then there’s a whole bunch of tricks such as taking a still from a 4K video or a post focus mode which captures a series of apparently out-of-focus shots from which you then choose the feature to focus on and everything snaps into focus on that point.

The camera comes with a companion app for smartphones and there’s wifi connectivity built in, so you can see on the smartphone (or tablet) what the camera sees.

Available in mid-March for US$699 online and from good photography stores. Outside of the US, the camera may be called the TZ100.

Panasonic’s Toughbooks are legendary for their ruggedness and are used by armed forces world-over. Panasonic have now turned their attention to tablets with a line of Toughpads and on show here is a new 7″ Windows 8.1 tablet. Panasonic’s Toughpad Product Manager Dan Diliberti takes Todd and Don through it.

Running the latest Intel Core i5, the FZ-M1 is currently the only 7″ Windows 8.1 tablet on the market. As you’ll see from the video, there’s a dockable keyboard and there is also a pile of expansion options including desktop dock, bar code scanners and smart card readers.

Devices like the FZ-M1 don’t come cheap, with a base price of US$2099, but if it’s the kind of device you need, it’s worth every penny. Panasonic debuted a number of new products at CES, ranging from tablets to home-ware for your kitchen, and also new home theater gear. Perhaps the latter is one of the most interesting of the launches.

The company is showing off three wall-mountable home theater systems. The SC-HTB880, SC-HTB580 and SC-HTB8 are all expected to hit retail later in 2014.

“The SC-HTB880, SC-HTB580 and SC-HTB8 Home Theater Systems feature speaker units with a triangular cross section to achieve a slim body size, and incorporate a Delta Form Design to deliver dynamic sound. The top panel of each model’s main unit is inclined to provide extra space inside for the installation of large speaker units. The Delta Form Design provides a stylish appearance to match and enhance room interiors, while its hybrid hardware design achieves superb sound quality”, the company announces.

All models combine “Panasonic’s sound-enhancing technologies, cutting-edge network technologies and stylish designs to achieve versatile sound systems, creating true-to-life ambience from content such as movies, TV programs or music to make users feel as if they were actually in the movie scene”. Exact release dates were not announced, nor were prices.

The folks at HDMI Licensing released what will be known as the HDMI 2.0 specification just prior to their official announcement at IFA. Actually, AVForums reader Vism found this in Google cache.

The new HDMI specification looks to be able to handle 4K displays and above. Panasonic – who hasn’t come out with a 4K TV – will be debuting their new line at IFA.

Panasonic is keeping the wraps on their 4K WT600 TV until keynote time. One things for sure – HDMI 1 cables are going to get a lot cheaper now…

It’s been a big couple of days for Panasonic at the 2012 NAB Show in Las Vegas – announcing a slew of new products and strategic partnerships that boost the broadcasting chops of this tech giant.

Leading the Panasonic pack of announcements is the new AG-HPX600 P2 HD camcorder with 10-bit, 4:2:2 AVC-Intra recording and boasting the lowest weight of a shoulder-mount unit.

“With its ultra-light weight and low power consumption, the HPX600 is the first shoulder mount that’s easy on the shoulder while being super-efficient on battery usage,” said Joseph Facchini, Vice President, Panasonic System Communications Company of North America. “With its innovative design and selectable options, the HPX600 is upgradable to new technology such as wireless remote from a smart phone and much more.”

According to Panasonic, the AG-HPX600 will be available in the Fall with a starting price around $16,000 for the body alone.

In addition to the light-weight AG-HPX600, Panasonic also unveiled a new series of 64GB and 32GB microP2 cards – designed for high-speed transfers, reliability, and the writing assurance of all P2 frame rates, formats and codecs. Panasonic also announced the microP2 Card Adaptor, both slated for availability next Spring.

Other new products announced at NAB this week by Panasonic:

Panasonic also announced a few new partnerships that has the industry buzzing: