The Overwatch League skins can be purchased with special currency called League Tokens. Players will need to spend real-world currency in order to obtain League Tokens. This system is being used as a way to provide monetary support for the various regional teams.

In the video, Overwatch League Commissioner Nate Nanzer announced that, for the first month after the League Token system is launched globally, Blizzard will provide players who log in to Overwatch on PC, Playstation IV, or Xbox One, with enough League Tokens to purchase their first Overwatch League skin. 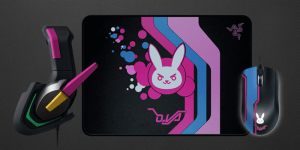 Razer is the world’s leading lifestyle brand for gamers. Blizzard is the creator of the popular Overwatch video game. The two companies have partnered in order to create gaming peripherals based on D.Va, a character from Overwatch.

The Razer Abyssus Elite is a mouse that comes with true 7,200 DPI and tracking at 220 inches per second (IPS) as well as an acceleration of 30 G. Users can switch between left and right handed button configurations. The mouse has 3 hyper response buttons and an exclusive D.Va design. It is available now, and priced at US $59.99.

The Razer Goliathus is a mousepad that has an exclusive D.Va design. The mousepad weave is pulled taut to create a slick and seamless surface that enables the D.Va Razer Abyssus Elite to glide over it quickly with zero hinderance. It is a soft cloth design that maintains its flatness no matter how many times it is rolled up and unrolled. It is available now, and priced at $19.99.

There is also a D.Va Razer Meka Headset (which is listed on the Razer website as “coming soon”). It is an iconic headset that resembles the one that the D.Va Overwatch character wears in-game. 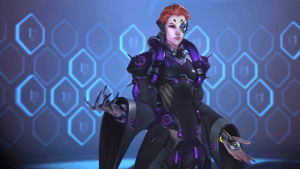 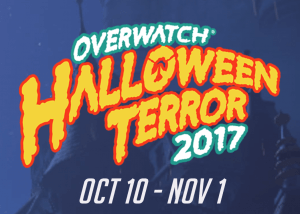 The Overwatch Halloween Terror 2017 event started on October 10, 2017, and will end on November 1, 2017. Some pieces of the event had been leaked prior to its start day. Blizzard Entertainment now has a page full of official information about it.

For the next three weeks, we’re celebrating the spookiest time of the year with a seasonal event. Expand your collection of seasonal-themed items and relieve a chilling tale in our PVE brawl: Junkenstein’s Revenge.

This year, we’ve added a new endless mode for Junkenstein’s Revenge, with leaderboards to commemorate those who last the longest in their fight against the evil doctor. Plus, unlock over 50 seasonal items – including the new legendary skins like Dracula Reaper, Van Helsing McCree, Totally 80s Zarya, and Dragon Symmetra – alongside last year’s Halloween Terror gear.

In Junkenstein’s Revenge, you can team up with three other players and fight Junkenstein and his Monster, along with other enemies such as the Summoner, the Reaper, and Witch of the Wilds.

The Endless Night event is new this year. Play as one of four additional heroes: Genji, Torbjorn, Widowmaker, or Zenyatta. The goal is to survive as long as possible against wave after wave of enemies and bosses that assault the castle doors. Those who survive the longest will earn a spot on the all-new leaderboard.

Overwatch players can now purchase a Halloween Terror Loot Box. They are filed with new skins, emotes, highlights, avatars, sprays, voice lines, and more. It is also possible to buy items that you missed from last year’s event with credits for a discounted price. Blizzard states that there are over 140 cosmetic items available. As you might expect, the Halloween Terror Loot Box will only be around for a limited time.

Blizzard has enacted the first of a series of measures designed to dissuade Overwatch players from gaining experience (EXP) while they are away from their computer’s keyboard (AFK). This problem is happening in Custom Games, and Blizzard has enacted the first of their escalation plan in order to dissuade players from doing that. If the behavior continues, more of the escalation plan will be put into place.

Game Director Jeff Kaplan explained things in a Forum Post in the Overwatch Forums on Battle.net. He makes it clear that the purpose of introducing the Game Browser and Custom Game features was to enable players to experience Overwatch in unique and different ways. They were aware the features could be exploited, and created an internal escalation plan – just in case players abused the features. From the Forum post:

…It’s very disappointing to us that players abused the system to gain experience while inactive. As some of you have noticed, Skirmish in Custom Game no longer rewards experience. Also, the AFK timer is now in place in Skirmish mode (in Custom Game only). This change is rolling out over a 24 hour period and should be live in all regions by the end of today.

Jeff Kaplan also took the time to make it abundantly clear that there is no moral ambiguity about gaining EXP while AFK in a Custom Game.

I’ve seen some discussion in the community and in the press on this topic and sometimes it gets talked about as if this is a grey area. Is this wrong or is this ok? Well, let me take a grey area and make it starkly black and white for you. Abusing and exploiting Custom Game or any other game mode to earn experience in Overwatch while inactive is NOT ok. The reason I want to be absolutely clear about this is in part because we are going to start to take disciplinary action against people who partake in these activities.

He goes on to clarify behaviors that will get your account banned:

If this behavior doesn’t stop, more of the internal escalation plan will be enacted – until it reaches the final part that involves turning off the ability to gain experience in a Custom game. Players who don’t want to see the Custom Game feature limited further are asked to help Blizzard by reporting players who get into a game, and then go AFK, for the purpose of gaining EXP.

Blizzard Entertainment has announced the creation of Overwatch League. It is a professional sports league for Blizzard’s popular Overwatch game. The inaugural season will begin in 2017.

At the start of the 2017 season, Blizzard will host a combine, where eligible players who have previously distinguished themselves in competition will be invited to try out for teams. Players at the combine will be evaluated across a range of tests, giving teams the opportunity to sign those who best round out their rosters. Anyone picked up by a team during the signing period will be guaranteed a contract that includes a baseline minimum salary and benefits package.