Niantic wrote a blog post on its website titled: “The Metaverse is a Dystopian Nightmare. Let’s Build a Better Reality”. Niantic starts by pointing out some of the sci-fi books in which the metaverse is harmful to people. Some examples include William Gibson’s work, in which characters spend time wired into a digital universe where they explore, socialize, and fight. Niantic also pointed to Ernest Cline’s Ready Player One, where “virtually everyone has abandoned reality for an elaborate VR massively multiplayer video game.”

This is unexpected take from a company that makes games that require players to log in to a virtual world as they walk around outside gathering items, collecting things, and fighting battles.

“It means that those millions of users can create, change, and interact with digital objects in the physical world and that experience is consistent and shared by everyone. In the world of software, we call that a ‘shared state” – we are all seeing the same thing, the same enhancements to the world. If you change something it’s reflected in what I see, and vice versa, for the millions of participants using the system.”

Niantic is also appears to be interested in creating AR smart glasses. The company states that it has partnered with Qualcomm to invest in a reference design for outdoor-capable AR glasses that can orient themselves using Niantic’s map and render information and virtual worlds on top of the physical world. Niantic seems to suggest that this partnership would allow many partners to create and distribute compatible glasses.

Niantic believes that the metaverse is a dystopian nightmare. That said, it hopes that many players will choose to experience the version of the metaverse the they are creating. 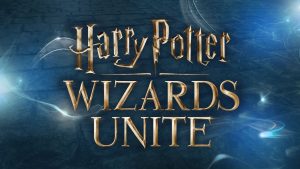 Niantic, maker of Ingress and Pokémon GO, have announced that they are working on a brand new game. It is called Harry Potter: Wizards Unite. Niantic has revealed very little about the game, other than it will be using Niantic’s AR gaming platform.

We’re incredibly excited to announce this next step in the evolution of AR mobile entertainment. With Harry Potter: Wizards Unite, players that have been dreaming of becoming real life Wizards will finally get the chance to experience J.K. Rowling’s Wizarding World. Players will learn spells, explore their real world neighborhoods and cities to discover & fight legendary beasts and to team up with others to take down powerful enemies.

Niantic has partnered with Warner Bros. Interactive Entertainment, and WB Games San Francisco’s development team to bring Harry Potter: Wizards Unite to life. The game will leverage the full stack of the Niantic Platform while also providing an opportunity to pioneer all new technology and gameplay mechanics.

In a follow up blog post, Niantic attempts to reassure Pokémon GO players that their game is not being abandoned. Niantic makes it clear that they, and their partners at The Pokémon Company “are 100% committed to creating an ever-evolving and growing game that deepens players’ connections to Pokémon GO.”

Perhaps to emphasize that point, Niantic says that their Ingress, Harry Potter: Wizards Unite, and Pokémon GO development teams are all hiring. There is a link in their blog post that lead to more specific details about that.

Evertoon was created to democratize storytelling. Their mission was to enable video creation for anyone with stories to tell, regardless of their looks, race, or age. Evertoon announced that it has been acquired by Niantic, the company that makes Pokémon GO.

Evertoon posted a blog in which they announced they had been acquired by Niantic. They also explained what happens to the Evertoon videos.

Through the course of our company, we learned a great deal about building community and social experiences. We’ve gotten to know other companies who would derive great value from this. Today we’d like to share with you that Niantic has acquired the Evertoon team. We will be adding a social platform to Niantic’s amazing roster of games, including Pokémon GO, Ingress, and future titles. We’ll also be contributing engineering leadership experience. Niantic’s games are unique in bringing people together in the real world, and we’re excited to weave our expertise into them.

Niantic confirmed the acquisition of the Evertoon team in a blog post of their own. The Niantic post also states that the Evertoon team will be helping Niantic with building social systems that benefit Niantic’s entire community.

Evertoon will be put into offline-mode as of November 30, 2017. People who download the latest version of the iOS Evertoon app from the App Store will be able to use offline-mode to continue making animated videos on their phones.

As of November 30, 2017, Evertoon will remove the community component of the product, and older versions of Evertoon will no longer work. There are instructions on the Evertoon post that explain how to download the videos you already shared to the Evertoon feed. 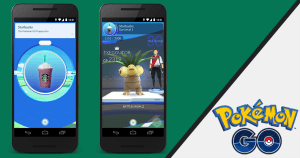 Niantic has posted an update on their blog that says that Nintendo and The Pokémon Company will release Pokémon GO Plus on September 16, 2016, in most countries. (It will be released in a few South American territories later this year).

Pokémon GO Plus is not a new version of, or an expansion of, Pokémon GO. Instead, it is a wearable device that players can use to play the game.

Pokémon GO Plus is a companion device that connects to your phone over Bluetooth Smart (the Bluetooth low energy connection designed for health and fitness applications), allowing you to keep your phone in your pocket and go about your day-to-day activities while still being able to collect valuable resources and capture even the most elusive Pokémon.

Niantic says that Pokémon GO Plus will “allow you to blend Pokémon GO more seamlessly into family and fitness activities.”. They point out that the wearable will let you go through your day, and play Pokémon GO, without having to look at your screen all the time.

Niantic, the developer behind the popular Pokémon GO game, has started banning players who cheat. It appears that Niantic is very serious about this because they are now issuing permanent bans to the players who have broken the terms of service.

Earlier this month, Niantic posted an update about maintaining and running the Pokémon GO service. In the update, Niantic pointed out that third parties have attempted to access their servers in various ways outside of the game itself.  Part of that post said:

“It’s worth noting that some of the tools used to access servers to scrape data have also served as platforms for bots and cheating which negatively impact all Trainers. There is a range of motives here from blatant commercial ventures to enthusiastic fans but the negative impact on game resources is the same.”

It appears that the next step in their efforts to “provide a fair, fun, and legitimate game experience for everyone”, Niantic is permanently banning players who cheat. The company has posted a note to its website called: Submit a ban appeal.  It says:

Your account was permanently terminated for violations of the Pokémon GO Terms of Service. This includes, but is not limited to: falsifying your location, using emulators, modified or unofficial software and/or accessing Pokémon GO clients or backends in an unauthorized manner including through the use of third party software.

The post has a link to a form that banned players can use if they believe their account has been terminated in error. Some players who were caught cheating received an email that has the same wording as the note Niantic recently posted on their website. 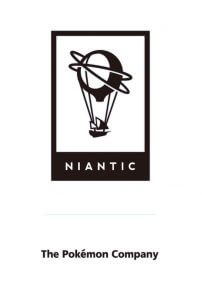 Three members of the United States House of Representatives sent a letter to CEO of Niantic, John Hanke, with some questions about the amount of data that Pokémon GO uses. The members of Congress who wrote the letter want “to better understand what measures Niantic has undertaken to ensure consumers are informed of Pokémon GO’s effect on their mobile data usage.” The letter states:

Third-party testing recently found that the typical Pokémon GO player users between 10 and 20 megabytes of data per hour of play. A serious user playing for three or more hours per day could use two gigabytes of data per month. T-Mobile CEO John Legere reported that in just four days, the number of Pokémon GO users on the carrier’s network had doubled and their data usage had quadrupled. Users have reported maxing out their monthly data usage plan within a few days of playing.

The members of Congress who signed the letter were Frank Pallone Jr. (Democrat – New Jersey), Diana DeGette (Democrat – Colorado), and Jan Schakowsky (Democrat – Illinois). They came up with four questions that they would like Niantic to answer:

CEO of Niantic, John Hanke, has been asked to provide responses to those questions by August 9, 2016.

The amount of data that Pokémon GO uses is not the only concern mentioned in the letter. In the first paragraph, the letter says: “In addition to issues related to the game being played in inappropriate locations, safety, and privacy, recent reports suggest that Pokémon GO could exhaust a consumer’s available monthly mobile data.”  The letter does not mention anything at all about the problem that many Pokémon GO users are facing – the app drains the phone’s battery rather quickly.