Tracking environmental conditions is important for many industries, particularly food & drink and pharmaceuticals. Often products have to be kept below a certain temperature and any deviation above this means that the product has to be disposed of. French firm Yes It Is is working hard to provide a continuous unbroken record of the environment surrounding the goods. Sandra shows Allante the prototype of their sensor tag module. 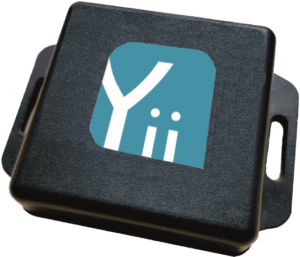 Traditionally the recording of environmental conditions is done by equipment installed in the building or the refrigerator. To match the data to a particular product means that the time in and out needs to be recorded so that relevant periods can be checked. Wouldn’t it be better if the sensor was small enough and battery powered so that it could be packaged in with the product? There would then be a complete and unbroken record of the environmental conditions from production to use.

Yes It Is are working hard on this problem and are developing tags that have a year’s worth of battery life, record the environmental data and can be scanned by a smartphone to retrieve the data. The plan is to have the tag small enough to fit in a label within a year! 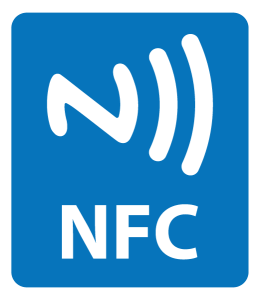 Yale has new home door locks that bring a high-tech flare to your house.  These aren’t your average doorsets – they have touch-screens and smartphone apps.  You can buy the locks alone from many retailers, like Amazon,  however, they are big with custom installers of home security systems. Now they have introduced NFC (near field communication) to their locks.  That means you don’t need a key or a code.  Your phone alone can unlock the door just by being close to it.  If you are worried about your phone being lost or stolen then you can set up a secondary line of security such as a pass code.  You can also revoke a mobile key via the web site if a phone gets lost.  In addition, you can assign a separate code to each person in your home and even have the lock send you a text when someone passes through the door.  Yale Locks are available on the market today, and the ones with NFC technology will be arriving soon.  Prices and availability have not yet been determined.

You can find out more at Yale. Interview by Todd Cochrane of Geek News Central for the TechPodcast Network.

I spend a huge amount of time on the Facebook economy plus a huge stack of news and information. As always a full 60 minutes of tech content for your listening or viewing pleasure.

Update: For the first time in the history of the show, I had to go in and do some post show editing. Pretty big gaf on my part but it was to big to let the original file remain.