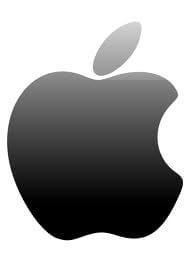 Credit cards, debit cards, rewards program cards, ID’s… The list of small plastic rectangles we’re saddled with is just one of the costs of doing business in the 21st century. Technology has been relatively slow in terms of providing solutions to the glut of cards we have to carry around every day. The rise of mobile apps has given us some relief, as many rewards programs are now operating with a simple scan of a barcode on a smartphone screen. But due to the complex nature of banking security and credit cards, mobile payments have taken longer to catch on.

We’ve seen some progress in this field recently with the introduction of Apple Pay. And while it’s incredibly swift and convenient for users of iPhones and Apple Watches to tap their devices against a payment terminal, Apple Pay has experienced a relatively slow rollout. There are still only a limited number of vendors that accept the service for payment and there are still many payment institutions that don’t even support it. And now Google is prepped to launch its own mobile payment system, one that could bring simple tap-to-pay technology to the millions of Android phones on the market.

Faced with these challenges, Apple may be looking at ways to increase user and vendor adoption of Apple Pay. Rumors are circulating that the company may introduce a rewards program of its own at the upcoming Worldwide Developer Conference in June. Details are slim on what this program could offer. Maybe it’d be a points system that’d allow users to trade in those points for products from the Apple Store. Or perhaps Apple would limit its rewards program only to digital products such as music, movies and apps. And since Apple Pay works with third-party banks to handle customer accounts, it seems possible that users could actually collect rewards thru this proposed Apple program as well as whatever rewards system are in place with their connected accounts.

Time will tell if the Apple Pay rewards program becomes a reality. Regardless, it’s good to see that Apple is working to expand its mobile payment service. My pockets are getting heavy under the weight of all of these cards!