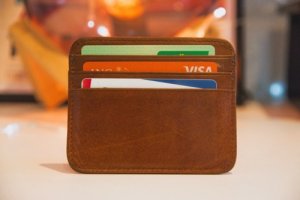 Both Visa and Mastercard announced that they were suspending their operations in Russia. They each made their own statements. Bloomberg reported that each company gets about 4% of its net revenue from business linked to Russia.

Visa today announced it is suspending its Russia operations.

Effective immediately, Visa will work with its clients and partners within Russia to cease all Visa transactions over the coming days. Once complete, all transactions initiated with Visa cards issued in Russia will no longer work outside the country and any Visa cards issued by financial institutions outside of Russia will no longer work within the Russian Federation.

“We are compelled to act following Russia’s unprovoked invasion of Ukraine and the unacceptable events that we have witnessed,” said Al Kelly, chairman and chief executive officer of Visa, Inc. “We regret the impact this will have on our valued colleagues, and on the clients, partners, merchants, and cardholders we serve in Russia. This war and the ongoing threat to peace and stability demand we respond in line with our values.”

Mastercard posted a longer statement titled: “Mastercard Statement on Suspension of Russian Operations”. Here is part of that statement:

…It’s with all this in mind – and noting the unprecedented nature of the current conflict and the uncertain economic environment – we have decided to suspend our network services in Russia.

This decision flows from our recent action to block multiple financial institutions from the Mastercard payment network, as required by regulators globally.

With this action, cards issued by Russian banks will no longer be supported by the Mastercard network regardless of where they’re used – inside or outside of Russia. And, any Mastercard issued outside the country will not work at Russian merchants or ATMs…

According to Bloomberg, the decisions made by Visa and Mastercard came hours after Ukranian President Volodymyr Zelenskiy called on the companies to halt all business in Russia during a call with U.S. lawmakers.

Reuters reported that PayPal has also shut down its services in Russia. According to Reuters:

“Under the current circumstances, we are suspending PayPal services in Russia,” President and Chief Executive Officer Dan Schulman said in a statement. He added that the company “stands with the international community in condemning Russia’s violent military aggression in Ukraine.”

Mastercard unveiled at CES 2020 a new augmented reality (AR) app that lets cardholders see, explore and access the benefits of their Mastercard. The industry-first card benefits app delivers a photorealistic AR experience that transports users to a 360-degree virtual environment, where a series of interactive portals brings their card benefits back to life.

According to the J.D. Power 2018 U.S. Credit Card Satisfaction Study, rewards continue to drive consumer satisfaction with cards, yet only a third of credit card holders completely understand all the benefits available to them. Using augmented reality, the new Mastercard app puts benefit information front and center for cardholders in a fully immersive experience that can be easily accessed with their mobile device.

“At Mastercard, we’re using our technology and solutions to deliver multi-sensory experiences for consumers every day – whether they’re shopping, taking transit, or exploring the card benefits they care about,” said Raja Rajamannar, chief marketing and communications officer at Mastercard. “By leveraging an intuitive AR design, cardholders can now easily find and fully explore their benefits that otherwise might have been overlooked.”

The app will be available in the App Store (for iPhones) in the U.S. in Q2 2020, with additional regional and device availability coming later in the year. The technology can be white labeled for Mastercard’s issuing partners, creating customized experiences for their cardholders. Andy chats to Matt from PaySaber at CES’s Showstoppers about their iPhone-based point-of-sale (POS) solutions.