To much surprise, Lego is launching the first of a new range of models on Indiegogo. Called Lego Forma, it’s aimed squarely at adults,  “Lego Forma is a premium Lego experience designed for adults looking for a fun, engaging way to reconnect with their creative side.”

The first model in the Forma line is a fish. The base model is a koi carp, but cleverly the model can be skinned into a shark, a colourful koi and an “ink” koi. This last one is a skin that you colour in yourself. Yes, Lego is getting in on the adult colouring fad as well. Two for one! 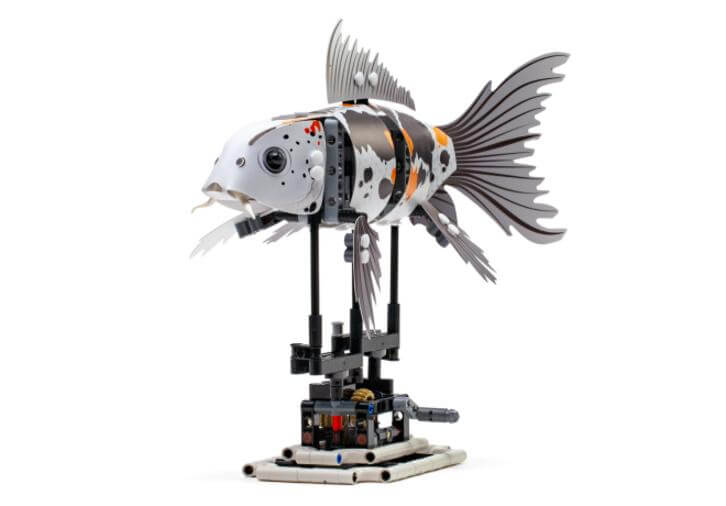 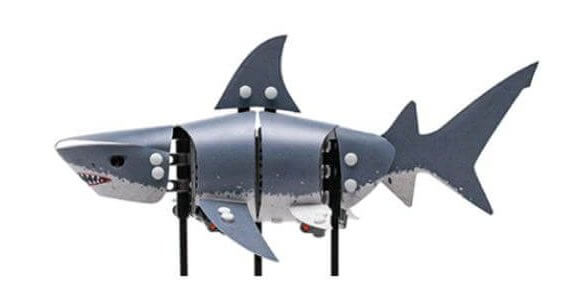 There is a Super Box set which contains the Lego fish plus the four skins at US$85. Delivery is expected in January 2019 and is currently only available to US and UK addresses.

This a short-run product, but Lego are still making 20,000 models. Not sure you’d call it a limited edition but it’ll undoubtedly become collectable. There’s a limit of one purchase per backer but I’d still get in quick.

As with all campaigns on Indiegogo and Kickstarter, you’re buying the promise of a product though I’d say there’s a very high chance of delivery on this one. 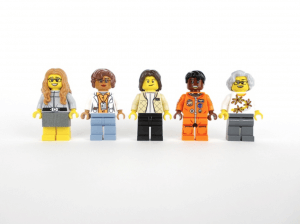 Looking for an adventure video game that has been designed with children in mind? The LEGO Minifigures Online game is now in beta. The game is made by Funcom, who also are makers of The Secret World (and other games).

The LEGO Minifigures online game involves collecting all the minifigures that are represented in the game and taking them on grand adventures. There is a Pirate World, a Space World, and a Medieval World.

Players choose a minifigure as their playable character. Each one has special abilities. Players can interact with the environment in the game by smashing walls and building machines. It is an adventure type of game that includes a story line that is geared for children.

It is an online game, and parents are encouraged to play it with their children. LEGO Minifigures Online is a Free-to-Play game. As you may have expected, it includes optional in game purchases. However, it promises that the game can be played completely without requiring players (or their parents, to be more accurate) to spend real world money on it. The game requires children who are under the age of 13 to have to rely on their parents for in-game purchases.

Right now, the game is in beta, which means that things within it in could change. Those who would like to give the game a try must download it and be using a Windows PC. The Funcom website says the game will launch for PC, iOS and Android during the second half of 2014.

One big advantage of having your kids play with virtual LEGOs, instead of physical ones, is obvious. You greatly reduce your risk of stepping on a LEGO that your kids left on the floor!

In the Germany city of Wuppertal urban artist Martin Heuwold, aka MEGX, has transformed a dull grey concrete railway bridge into a brightly coloured Lego construction.

Here’s the bridge as it originally appeared. And here it is after the reconstruction. Of course, the bridge hasn’t really been rebuilt with super-sized Lego Duplo bricks but instead the brick-effect has been painted on. It’s very convincing, though. Regrettably the Lego bridge can only stay in place for four weeks. All pictures courtesy of Martin Heuwold. There are more on his website.

Before we get started let me just point out that Lego SmartBricks aren’t yet available, but they may be on the way if enough people get behind the product.  The “smart” Lego brick will integrated with a smartphone or tablet to relay their exact configuration.  The blocks have a small chip inserted within each brick that will communicate with both android and iOS devices.

When using the SmartBricks, anything you create with real Lego can appear in digital form on your tablet or phone.  This allows the builder to model something like a racing vehicle in the real world that would then be converted into a digital version automatically so you can test it out against other people’s creations in a sort of Mario-Kart-like game.

The possibilities for this product are endless. The SmartBricks is currently a concept posted on the Lego Cuusoo page and they are hoping for enough attention to get picked up and funded.  That should not be a problem given the already-high interest being given to this potential new product.