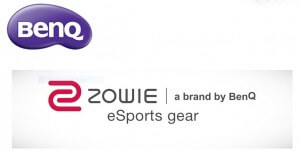 At TED 2010, Nathan Myhrvold of Intellectual Ventures Laboratory showed off  its Photonic Fence proof of concept.   Basically, this is a very capable mosquito killer, which uses lasers to shoot the wee monsters out of the sky at up to 100 times a second.

The concept is targetted (sorry) for malarial regions, potentially hospitals or schools, and the technology is able to tell the difference between a mosquito and other objects based on size and wing-beat frequency, thus allowing mosquitos to be zapped but bees to be left alone.

The setup does require some configuration with a light reflective screen – you can’t just plonk the gadget down and let it get on with it – and while malaria control is a worthy goal, I can’t help but wonder if there are better commercial opportunities in protecting high-value crops.

There’s a video on the Ventures Lab site (link above) which shows the device in action.

Apparently this is just a proof-of-concept made out of readily available parts and they’re looking for commercial partners to see if it’s a viable concept.  Expect to see the mosquito laser turret in a few years.

Beamz probably captivated us the most of any product we saw at CES. A truly innovative device that will provide hours of creativity in creating music. Watch at team member Andy McCaskey is just about besides himself as he tries this device out. The beamz is a unique, first-of-its-kind product that allows anyone to create harmonious music regardless of musical talent or experience. The product has six laser beams. Breaking any one of the beams with your hand triggers the system to play streams of musical notes or sounds. Every performance is a success because whichever beam you break, the music will always be harmonious. Play it alone or with friends and family for a fun group experience. This is a USB device with an Intel dual core processor and sells for $300. Visit www.thebeamz.com

University of Michigan has created a laser that produces 300 TerraWatts of power (which is a large number). It only produces it for a millionth of a billionth of a second in an area 100th of the diameter of a human hair. The laser takes 10 minutes to charge which is quicker than any of Hercules’ predecessors.

There are multiple applications that researchers are targeting with these lasers include replicating the fusion that occurs in stars, combining atoms to make larger particles. Could lasers provide the modern version of the philosophers stone?