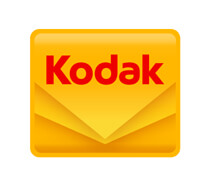 After an absence of three years, Kodak is returning to CES in January 2015 with a range of innovative consumer products including action cams and baby monitors.

Building on a history of digital and video cameras, Kodak will be introducing a line of PixPro cameras, including the PixPro SP360 action cam which provides a 360-degree view. In addition, Kodak will be showing off a smartphone as well as line of headphones and earbuds.

Returning to its photographic roots, Kodak will be demonstrating the Kodak Picture Kiosk and My Kodak Moments app for making prints and other photo products from mobile devices.

Finally, Kodak will be bringing out the Kodak Baby Monitoring System CFH-BVA10, which has already earned a prestigious CES Innovation Award in advance of the show.

“Kodak has one of the world’s most powerful brands and we intend to renew it and apply to it to expand our consumer business and grow the company,” said Steven Overman, President, Consumer & Film Division, and Chief Marketing Officer. “The world’s love affair with Kodak Moments has spanned more than a century. Building on that legacy, Kodak today presents a broad range of consumer products – reliable, accessible and easy-to-use.”

Other Kodak products on show at CES include:

You may be familiar with the Kodak ZI8 or even the newer ZI10, but Kodak recently unveiled the brand new ZI12.  The new version combines the best features of the previous version, like 1080P video and an external microphone jack with the new additions such as turning the camera on it’s side now makes it a digital still-camera with an actual shutter button.  The still-camera features a 12 MP CMOS sensor.  The new ZI12 also features a flash, a better resolution screen, and a slightly smaller size.

The camera will be out this spring, although there isn’t yet an official release date or price point.  You can check it out here, along with the long list of features.  You can also view the video posted below for a quick preview.

Today, Cisco decided to nix the Flip line altogether. They fired 550 employees and stopped production of the popular video camera, just months after they introduced the highly anticipated Flip UltraHD with a dock for attachments.

Although I was completely floored when I heard this news, I wasn’t too surprised. Cisco is not really in the video capture area. It doesn’t fit their business model.

Why the Flip was Flopped

We are making key, targeted moves as we align operations in support of our network-centric platform strategy. As we move forward, our consumer efforts will focus on how we help our enterprise and service provider customers optimise and expand their offerings for consumers, and help ensure the network’s ability to deliver on those offerings.

Cisco was loosing big (18 percent in Q2 alone), so a re-org was necessary. Cisco will be making some major changes, like this one.

Why not Sell Flip?

Wouldn’t it make more sense to sell Flip to Kodak or Sony? Maybe even Apple, HTC, RIM or Motorola? I am not sure if they held any patents. In fact, there was an issue where the flip was under an infringement issue against Advanced Video Technologies.

One thing to think about, with the introduction of the iPad2, you can record and edit video right on your tablet. An iPhone also has that ability. The newest iPhone should improve the front and rear cameras – not to mention the accelerometer can help with stabilization of HD video.

Talked with Blue Mic today about their attachment for Flip – the Mikey (which you can get for iPod nano). They mentioned the Mikey is officially on hold until they can figure out what is happening.

It’s still sad to see a consumer device that is pretty popular get sidelined. Maybe it’s only inevitable since smartphones (as well as Digital SLR cameras) are getting better in video recording and come with programs to edit and publish.

If you are looking for a movie camera, you can still get a Kodak Playtouch, Sony Bloggie or Sanyo Xacti .

Taking on Sony and its Bloggies, Kodak has added two new pocket video cameras to its range of video cameras – the Playfull and Playsport. Both will capture full 1080p HD video and take 5 MP stills but as you can imagine from the names, they’re aimed at slightly different users. The Playfull is for “social butterflies and social networking superstars” being hip and stylish in design.  At only 1.6″ × 3.9″ × 0.7″ the camera will fit easily into most pockets and bags so that it’s always ready to capture the fun.

Specwise, you get the full HD video recording, 5 MP still camera, image stabilisation, face-tracking, on-camera editing and SD/SDHC slot for memory expansion.  The on-camera editing seems quite clever as you can extract a still image from video.

Available in blue or silver from mid-March for $149. Pre-order. The Playsport is for those with a more outdoors approach to life as this camera is shockproof, dustproof and waterproof to 10ft /3m. Great for snowboarding, snorkeling, mountain biking and whitewater rafting.

Obviously image stabilisation is a must and the rest of the features are as for the Playful but with the addition of an underwater white balance mode, which if you’ve ever taken photos underwater, is pretty handy.

Available in red, aqua or black from end-March for $179. Pre-order.

“Kodak has an HD pocket video camera to suit everyone, whether you want to capture your moments at the party or the club, on the mountain or on the water,” said Phil Scott, Vice President of Marketing, Digital Capture and Devices, Kodak. “The Kodak Playfull and Kodak Playsport video cameras also feature something no other camera has – the Share Button – so it’s simple to share life’s moments with your social network.”

I like the look of the Playsport – I’ll pick one up for all the extreme sports I intend to do in 2011.

The Kodak Pulse digital photo frame has become very popular with geographically distant families through its ability to receive photographs via its own email address and Facebook.  This allows the latest pictures of granddaughter to be quickly sent to grandparents for instant display and appreciation.  As the Pulse is wireless and has a touch screen it’s also really easy to use anywhere in the home.

The latest iteration of both the 7″ and 10″ versions now come with a “Quick Comment” button that lets the viewer send a short message back to the sender. From the press release, it appears that the comments are pre-defined and they sound a bit cheesy with things like, “Such a Kodak moment” and “Wish I was there!” but it’s not clear if the user can re-define them to something more natural.  Let’s hope they can.

“It’s now even more fun to share pictures using your Kodak Pulse Digital Frame with new features like Quick Comment that give you a two-way connection to family and friends. Now, you can let your friends know what you think of the pictures they send you right away from your frame,” said Phil Scott, Vice President of Marketing, Digital Capture and Devices, Kodak. “With the enhanced sharing and social networking features of the Pulse Frame, Kodak is making it simple and fun to stay connected and celebrate and relive life’s moments.”

The frames now have a motion sensor so that pictures are only displayed when there are people around, thus saving energy.  Taking a cue from the music players, a photo playlist can also be created for your favourite pictures or say, particular holidays or events.

If you are interested, you can learn more on the Kodak Pulse website.  Available from April from all major retailers and www.kodak.com. 7″ version @ $129, 10″ version @ $199.

Back in Honolulu for one show only and then off to Florida for a two week consulting gig. We are back to regular format tonight. As a reminder if you are subscribed to the Special Media feed in iTunes make sure you check get all episodes as they are going to be coming fast and furious now!