The US Trade Department added Huawei and 70 affiliates to its “Entity List” in mid-May. Membership of the Entity List effectively bans US companies from dealing with these foreign businesses without explicit approval from the US government. The move came after increasing trade tensions between the US and China, and security concerns about Huawei’s role in the provision of equipment for 5G mobile networks.

This isn’t about security, tariffs or even Huawei itself. This is about IP, IP theft and the loss of technology leadership.

China has been ripping off IP for years (CNBC Survey, IP Commission, Titanium Dioxide) and to a greater or lesser extent, it’s been allowed to get away with it. Everyone’s known about it, but few governments seem to be prepared to do anything about it.

Consumers have been complicit in this too. With websites like Gearbest and Alibaba selling directly from China, how many of us have bought cheap Chinese knock-offs because we wanted to save a buck? Look at action cams – why do they all look like GoPros? Try this search if you don’t believe me. 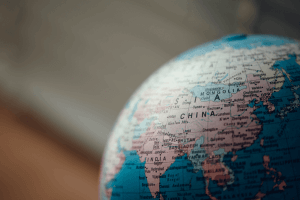 China has been through stages of economic reform since the mid-70s and has seen unprecedented growth of over 9% per annum up until 2013 as the private sector grew. With the opening up of the country, US companies see fat profits selling to the 1.3 billion Chinese citizens. China has used this to its advantage too, forcing companies to manufacture on the Chinese mainland where it’s even easier to steal the tech and learn how to make it.

Finally, there’s the realisation in the West that we have virtually gifted our IP and tech know-how to a new superpower for cheap gadgets and quick profits.  The penny has dropped only when a key piece of communication infrastructure for the next generation of mobile networks is coming from a Chinese company and Huawei is bearing the brunt.

I doubt there’s any real evidence of backdoors – President Trump let the facade slip somewhat when linking Huawei to a trade deal despite describing them as “very dangerous” – but yes, there is a risk of foreign state espionage and interference. The Russians do it, the Israelis do it, the British do it, the US does it and of course, the Chinese do it.

By letting IP theft go unpunished at an international level, the door’s been left open for Chinese firms to continue doing it, and build on that IP to create the best products. Yes, they sometimes get caught, like Huawei, but it’s still massively profitable.

We’ve only ourselves to blame. I recently started looking to purchase a remote IP camera that would allow me to remotely view my home via the Internet. There are quite a variety of remote IP cameras that offer a number of different viewing options at widely varying price points. After a bit of looking, I ended up purchasing a Loftek CSX 2200 wireless IP security camera via Amazon.Com based mostly on the large number of positive buyer reviews.

The Loftek CSX 2200 offers a lot of features for the $67.99 price tag. The downside is that the small included quick start guide is printed in very small type and isn’t all that helpful.  A fair amount of networking knowledge is required in order to be able to get all of the features working properly. Simple Windows setup software is included, and even though once it is set up it will readily work with Apple and other non-Windows devices, Windows is required for initial setup. Initially it has to be plugged in directly to an Ethernet port so the included software can detect it. Once detected via Ethernet and into the browser setup screens, WiFi can be enabled. A more complete PDF manual can be downloaded from the Loftek website.

I was able to go into my ISP’s DSL router and enable port forwarding to port 1029 and get remote access to work from outside my home network. I was also able to get the automatic email alarm notification feature to work on motion detection. Motion detection sensitivity can be selected, but it seems to work good so far at the default setting. When motion is detected, it will automatically take a series of 6 photos and email all 6 photos to up to four pre-determined email addresses. One quirk I ran into is that when setting up an email account the email “test” feature won’t work even if all of the parameters are correctly set up until the configuration has been saved to the camera. Since this camera is designed to work with it’s own infrared LED’s in complete darkness, the color balance can be a bit off in normal lighting conditions. I’m including two photos of the same scene, one with my compact florescent lights on and the other with the lights completely off. Even though one of the Amazon.Com reviewers claimed he was able to get this camera to work with an iOS app designed to work with Foscam brand IP cameras, so far I’ve been unable to get any of the free iOS apps to work with the Loftek. On the other hand, I can easily access the camera directly in Safari both on my iPad and my iPod Touch using an Internet connection completely external to my home network DSL connection.

Overall I’m quite pleased with my purchase. The Loftek CXS 2200 offers a lot of value for the $67.99 price.

If you are in the market for a home surveillance camera, or IP camera as they are also known, then Samsung has a new one that is worth checking out.  Last month at the Consumer Electronics Show is Las Vegas, Jeffery Powers stopped by the Samsung booth to get a look at the newest addition to their camera family.

The new camera is called the Smartcam and it’s designed to keep an eye on your home while you are away.  The camera is tiny and dead simple to set up.  Simply push a button on the camera and one on your router and you should be up and running.  While it isn’t said in the interview below, we will assume that this means the “WPS” button, which all modern routers and extenders come with.  The camera uses motion-detection and audio-detection to activate it and will send you an alert if it has been activated.  In addition, it will record what it picks up to a personal, password-protected YouTube account.  Features include night-vision up to 15 feet, free apps for all mobile platforms, and an always-on setting to allow you to view it anytime, even when it hasn’t picked up activity.

The Samsung SmartCam will be available this March for $149.99.  Keep an eye out for it at the Samsung site, and check out the video below to get a first look at it.

Interview by Jeffrey Powers of The Geekazine.

I explain in detail the process I am now going to use to post the video portion of the show on Blip and YouTube as added gateways. The Audio will always be up hours before the video will be, so the publishing schedule is going to stay exactly the same. I am committed to trying to improve the video product over the next several months. Support the sponsors as I am going to be investing a huge amount of cash into the show!

Back in Hawaii for one show only, then back to the eastern seaboard. Lots to catch you all up on including fun on the runway in Denver. Contest giveaways start next show so get your entries in now so that you have a chance to win.

Google, the search engine company, won a federal court battle against Geico, the insurance company, today that allows the search engine to sell online advertisements tied to keywords that are also trademarked company names. Geico claimed that Google should not be allowed to display advertisements for rival insurance companies when the Geico name is used as a search keyword. U.S. District Judge Leonie Brinkema disagreed.

END_OF_DOCUMENT_TOKEN_TO_BE_REPLACED

AT&T received a U.S. patent earlier this month that will give intellectual property (IP) attorneys ground on which to stand when pursuing spammers.

The patent, number 6,643,686, grants AT&T IP protection for its system and method for circumventing schemes that use duplication detection to detect and block unsolicited e-mail (spam). What this means is that spammers can now be sued under the patent infringement laws for trying to defeat the anti-spam filters that run on mail servers.

In its patent application, AT&T provided significant details regarding how spam filters work and how they can be defeated, and this release of information has brought on a firestorm of protest from the e-mail security and anti-spam communities. However, AT&T anticipates that creating the legal grounds, however technical and specific, to pursue spammers will, in the long run, benefit the general Internet community more than the risks posed by releasing the details of anti-spam filtering systems.

Dave’s Opinion
AT&T is following a tried and true legal tactic of patent and then sue. These booby-trap or submarine patent suits are a staple of the legal profession, and in many cases they work well. I hope that AT&T shares its IP rights freely with those who want to put spammers out of business and are willing to pursue the legal process to do so.