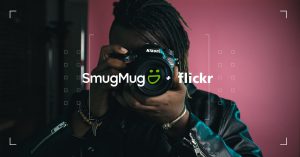 Flickr is doing a very interesting little promotion right now. They are giving everyone 3 months of unlimited storage for free. You can upload your photos to Flickr for free “all day, everyday” for the next three months.

During the Flickr Holiday Gift promotion, as long as you follow the Yahoo! Terms of Service and don’t trigger our anti-abuse controls, you can use an unlimited amount of free photo storage.

Note: To avoid abuse of our unlimited storage, we do monitor accounts for excessive usage. Yahoo! Limits the number and size of photos allowed from an account within a given timeframe. While our goal is to ensure that everyone benefits from unlimited storage, Flickr is not intended to be used as a content distribution network.

Here’s what the Flickr Holiday Gift promotion gives you:

* Unlimited photos (see note above). There also is a limitation of up to 50MB per photo.
* Unlimited viewing of your entire photo library
* Post photos in up to 60 groups
* Download your original, high-resolution photos – whenever you need them
* Upload and play unlimited HD videos.

To get it, just click the bright blue button that says “Get it now”. I clicked it to see if I could learn more about the offer, and unintentionally ended up accepting it. Oops! Once you activate the offer, it brings you to a page that says “Yay!” at the top.

It should be noted that I had a Flickr account previous to this offer, I still have it, and I let my Pro Account lapse a few months ago. My guess is that if you are brand new to Flickr you might have to give them some of your information in order to take advantage of this offer – but I could be wrong about that.

A little investigating revealed that by clicking on the “Get it now” box I have, inadvertently, re-activated my Flickr Pro Account. It is set to expire on March 22, 2013. So far, Flickr hasn’t asked me for any money. I suspect they will sometime in March, right before the Pro Account expires.

Perhaps Flickr is hoping that I, and all the other users that unintentionally re-activate their Pro Accounts, will love the extra free stuff enough to pay to keep it after the free 30 days ends. I kind of feel like I’ve been tricked into re-activating my Pro Account. So far, though, no financial harm has been done as a result.

Flickr may also be hoping that this offer of 3 months of unlimited free storage will attract the people who recently deleted their Instagram account after learning Instagram’s new terms of service. If so, that’s a pretty smart move on Flickr’s part. Flickr has just released the all new Flickr app for iPhone. I learned about this when I went to Flickr today to search for a creative commons image that I could legally put into a blog I was writing. Near the top of Flickr’s page, a colorful banner read “Smile. The All New Flickr iPhone App is Here”. A bright pink, conveniently located button was in the banner, just waiting for me to click it.

We’ve been hearing, and reading, quite a bit about the feud that has been going on between Twitter and Instagram. In short, the disagreements have to do with user’s photos. More specifically, it seems to be about control over where users are allowed to put their photos, based upon what app they are using. It is a bit of a competition between the two companies to see which will end up with more people using its apps to alter and post photos of their dinner.

The all new Flickr app for iPhone has 16 unique camera filters that you can play around with in order to alter your photos. It has editing features, and allows for geo-tagging.

The app lets you share your photos with your Flickr groups, with your email contacts, or on Facebook, Twitter, or Tumbler. You can make your photos as public or private as you would like to. You can view photos from your groups and see recent photo activities from your friends and family (and leave comments on them).

Flickr also has an app for Android that was updated on December 4, 2012. It, too, has the same features that the brand new iPhone Flickr app has. It appears that Flickr has become another competitor in the battle for users who want to alter their photos and then post them online. It will be interesting to see how this all plays out. I want to thank all of our Sponsors this month for helping me keep the lights on, it is greatly appreciated and of course all of you that purchased product from GoDaddy or did a GotoMeeting trial.. I have an action packed show for you with lots of tech news and information. It comes fast and furious, so strap in. If you had trouble downloading the last show please send me an email with your ISP and the area you live in.

Flickr today announced two new releases – Photo Session and an app for Android devices.  While the Android app has been wanted by users for a long time, the Photo Session app came as a bit of a surprise and also a treat, especially for those who have family in far-flung locations that they want to browse photos with.

The more popular of the two releases is likely to be the Android app.  The app allows users to take pictures, edit them, and then forward them on to not just Flickr, but also other locations like Facebook and Twitter.  According to their announcement, “Browsing and navigating has been custom designed for Flickr to make use of maps, tags, and activity around your photos.”  It allows users to view comments and also go full-screen and set up and play slideshows.

Photo Session has been overshadowed in today’s news cycle thanks to anything Android being what the media takes and runs with.  It’s a cool release on it’s own though, as it allows users to view pictures, through a web browser, with friends and families who can be located anywhere in the world.  Once you create a new photo session you can send invitations to others.  In turn, you can all get together in real-time and view and discuss the shared photos.  When you move from one photo to the next it changes for all viewers in your session.