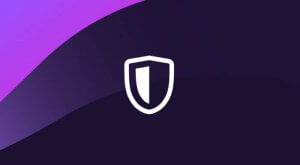 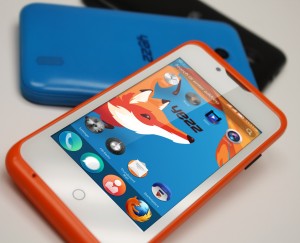 Mozilla may be suffering a bit lately thanks to the growth of the Chrome web browser, but they are still a popular choice for many computer users. They have also begun updating the browser at a much faster pace in order to keep pace with the competition. Those frequent updates don’t always result in cool new features, but the release today of the version 18 beta does bring some welcome new features.

Whenever a company updates their software I always tend to go first to the changelog so I can find out exactly what I am looking for. In this case I was surprised to find a couple of nice updates.

The first was a major inprovement to JavaScript by implementing the much anticipated IonMonkey engine. This should improve the display of web apps, games, and other JavaScript-heavy sites and services. The second was new support for Apple’s Retina displays. Beyond these two important changes, there are several other things that are notable.

If you are already using the beta version of Firefox then you should receive this update automatically. If not, then head over to the Mozilla Beta Channel to make the switch. The final version will be released in January.

Yesterday Mozilla took the unprecedented step of pulling down a version of Firefox and warning those who had already installed it to stop using the browser.  The move came after a rather bad security flaw was found in the software that would allow a malicious site to potentially be able to determine which websites users had visited and obtain access to the URL or URL parameters.

The company quickly pushed a fix for the Android version of the web browser, but took until today to issue a similar patch for the Windows version of Firefox.  Mozilla has now made Firefox version 16.01 available for download and those who have the browser installed should receive an automatic update upon the next launch. While it was perhaps a bit of an embarrassing escapade, the company did work fast to fix the issue.  The flaw was less of an actual security threat and more of a privacy concern, but it was an issue that still needed to be addressed quickly.  You can head over to Mozilla to grab the update if you didn’t receive it automatically. Mozilla has been hard at work on a Firefox operating system that will power mobile devices, mostly of the lower-end variety.  The OS has been rumored to be launching first in Brazil in early 2013.  Now, hardware maker ZTE is rumored to be the first to get devices on the market, and they are expected very soon.

ZTE has several Android phones on the market currently, and the move to partner with Mozilla came as a bit of a surprise.  “We are trying to increase our efforts in coming up with our own operating system, while introducing products based on Android,” said ZTE spokesman David Dai Shu.”It’s all part of our wider plans to create a better balance of products using various operating systems. We won’t just rely on Android or Windows.”

With Android and iOS leading the market, and Windows Phone slowly making up ground, it will be extremely tough for Mozilla get any foothold, especially given that they are several months away from launch.  However, their attempt to aim at the low end of the market, potentially picking up those who currently use feature phones, may find a niche.

Perhaps it wasn’t really an official release, but Mozilla developer Rob Hawkes has tweeted a picture of the new Firefox OS running on a mobile phone.  It’s not much of a leak and it really doesn’t show off the new operating system, but it is enough, for now, to serve as notice that another contender is on their way to the mobile market.

The OS is pictured running on a Samsung Galaxy S II, which is traditionally seen running Android, but apparently this was the device of choice for much of the development for the Boot to Gecko-based OS.  The Firefox OS will actually be optimized for lower end devices, making it a competitor for entry-level smartphones like the Lumia 610.

Mozilla doesn’t plan to get Firefox OS to market until 2013, and it will launch first in Brazil, so U.S. users have quite a while to wait for handsets.  It also remains to be seen if the operating system can even compete with what has become the big three – iOS, Android, and Windows Phone.  It’s possible that, with Symbian and Blackberry falling out of favor, there will be room for another mobile OS, but we will find out for sure over the next year or two.