Continuing the rise of personal electric transportation, on show here is the Onewheel, “the world’s first self-balancing electric skateboard”. Think of it as a skateboard deck with one a motorsport-style slick tyre in the middle. The Onewheel is self-stabilising and it’s simple to control – lean in the direction of travel and the Onewheel will start moving forwards. To turn, it’s like an ordinary skateboard, just lean in or out – apparently it takes a only a few minutes to get the hang of it. With a range of about 5 miles, the Onewheel has a top speed of 12 mph, depending on terrain.

The Onewheel was a Kickstarter project and amazingly raised over $630,000 against a $100,000 goal. Obviously no interest at all but I thought I’d better ask Jack a little bit more about it. 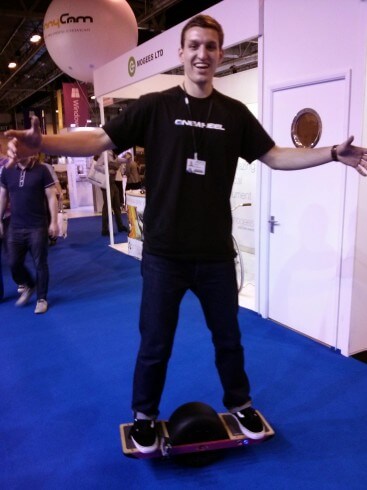 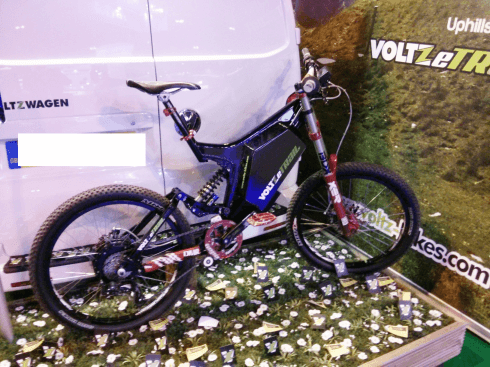 Design Icon out of Kowloon, Hong Kong, has created this great concept for a powered bodyboard. Driven by three electrically-powered propellers, the board’s deck has embedded solar cells to extend the battery life, while adjustable buoyancy lets the board both ride the waves and go completely submerged. I want one. All images courtesy of Design Icon. Sean from Ford introduces the all-electric version of the Ford Focus, which is set to be launched in 19 markets in late 2011. This is simply a remarkable vehicle. Esby takes you deep into the heart of the car to get a full rundown of all the features inside and out.  With the need in my family growing for an additional vehicle I could see the green Electric Ford Focus sitting in the driveway.

Interview by Esbjorn Larsen of MrNetCast.com.