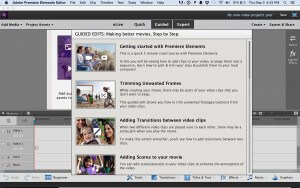 Let’s say you are researching a paper for school or maybe you are working on a project for work. You are pulling up web pages on the subject and you want to highlight passages, make notes and then share the information, but how do you do that.  You could of course print the web pages out and mark them up that way. The problem with doing it this way is it’s a waste of  paper and it makes sharing difficult.  Plus there is a good chance that you have lost some of the links to the articles you have just marked up. Perhaps you could save them out as PDF and than mark them up with a PDF editing tool. Unfortunately sharing PDFs can be problematic, plus PDF editing tools can be expensive. There must  be a better way, so what is it. A possible solution maybe a new web tool called Scrible. Scrible has just entered public beta and is ready for some feed back.

What is Scrible.  Scrible is a web extension that is available for all major browsers (except IE 9). It sits in your bookmark toolbar and when you need it you just click on it and it is ready to use. What can you with it. Well you can highlight passages, add notes, cross out sentences, make them bold or italicize them. Once you are done and you are ready to save the page, you can add tags and notes. You can then saved the information to your personal library within Scrible . There is 125 mb of storage available in the library. Within you library you can sort by date, page name or owner. You can also search and organize by tags.  You can also email a link to the annotated page along with comments. When the person goes to that linked page, all your markings and notes will be there. You can create a legend within the page and share specific notes with specific groups. If you are using IE you can also export the page.

I do like Scrible so far after using it for a couple of days. There are a couple of things that I hope and expect they will fix. The first is the ability to export needs to available across all browsers, which I understand they are working on. The second problem I ran into was I had trouble finding the link to my library, that could be made clearer. Other then these small problems, Scrible works really well and worth installing.