EA states that Respawn brings to EA the proven leadership and studio talent behind Titanfall and Titanfall 2, two of the most highly-rated shooter titles in the last five years. The acquisition builds on a successful publishing partnership between Respawn and EA, with multiple projects currently in development – a new title in the Titanfall franchise, a game set in the Star Wars universe, and a VR gaming experience.

CEO of Respawn Entertainment, Vince Zampella, posted a letter on the Respawn website that provides some information about the acquisition.

While it wasn’t necessary, going with EA made a lot of sense. With Titanfall and Star Wars, EA has been a great development partner that supports us and doesn’t interfere with our process for making games or studio culture. EA will provide more resources, access to new technologies, and expertise that we can tap into to that will help us make better games, and Respawn will retain the same creative freedom and culture we’ve always had. We’ve been talking closely with the leadership with EA and we share their values and vision for the future of being a developer-focused company that puts the players first.

In a blog post titled “An Update on the Visceral Star Wars Project”, EA announced that their Visceral studio will close. This change, obviously, has an impact on the Star Wars game that the studio was working on.

Our Visceral studio has been developing an action-adventure title set in the Star Wars universe. In its current form, it was shaping up to be a story-based, linear adventure game. Throughout the development process, we have been testing the game concept with players, listening to feedback about what and how they wanted to play, and closely tracking fundamental shifts in the marketplace. It has become clear that to deliver an experience that players will want to come back to and enjoy for a long time to come, we needed to pivot the design.

EA clarifies that they will maintain the visuals and authenticity of the Star Wars universe, and will focus on bringing a Star Wars story to life. The game, whatever it was, will be shifted to “a broader experience that allows for more variety and player agency.”

As a result, EA states that their Visceral studio will be “ramping down and closing”. EA is already in the process of shifting as many of the Visceral studio team as possible to other projects and teams at EA. A team from EA Vancouver has already been working on the project, and they will lead a development team from EA Worldwide Studios (who will take over development of the Star Wars game).

Electronic Arts (EA) is offering video game players the ability to play some of EA’s games, for free, between now and June 18, 2017. They are doing this in response to the support for Play to Give, which focuses on the importance of inclusion (and raises money for charities). EA explains it this way:

All of you – our many millions of players out there – showed your support. You came out to play, as more than 5.7 million active players participated in the Play to Give in-game challenges from June 2-4. We were moved by your tremendous show of support.

As a thank you, we’re ensuring all of you can play some of our best EA games – for free* – today through June 18 as we celebrate play.

There are some limitations to be aware of. The asterisk in the above quote points towards EA Access, which is a subscription program that costs $4.99/month or $29.99/year. If you already have a subscription, you are eligible for the free-to-play offer.

This means for a limited time, free access to EA Vault titles on Xbox One for Xbox Live Gold members*, free access to Origin Access on PC**, and, on PlayStation 4, free game trials of Madden NFL 17, FIFA 17, TitanFall 2, EA SPORTS UFC 2, and Plants vs. Zombies Garden Warfare 2 are available June 10-June 18.*** In addition, PlayStation 4 players who already own Star Wars Battlefront can also play all premium maps and heroes through June 18.

Here are the limitations:

PC players who have Origin Access accounts can play EA Access Vault titles for free. Origin Access comes with a free 7-day trial period. EA says “Credit card will be charged if subscription is not cancelled before promotion is over.” 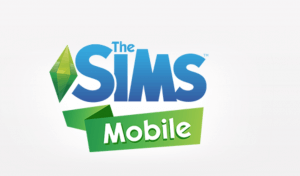 If you want to be among the first to know when The Sims Mobile will be released, you can give EA your email address, birthdate, and let EA know the country you live in. This will result in EA sending you email with news about this game (and potentially other games as well).

In The Sims Mobile, players can create unique Sims with distinct appearances, hairstyle, outfits, and accessories. You can choose their personality traits and life goals. Players can personalize a Sims home layout and can decorate it. The app allows players to host and attend parties with other Sims.

Shape your Sims’ families over multiple generations. When your Sims accomplish their career goals and retire, you’ll be rewarded with Heirlooms that unlock hobbies and careers for future generations, allowing new Sims to tell deeper stories.

The Sims Mobile has dialogue options. Players get to choose from three options and direct what their Sim will say to another Sim. It appears that the three options are very different from each other, which will give players something to think about before making their selection.

It looks like EA may have learned something from the SimCity fiasco! One of the many problems with the launch of SimCity was that players were having difficulty being able to access the game. This was, to make a long story short, due to problems that EA was slow to resolve regarding their servers. Many have said that things would have been so much better if SimCity could be played without having to be online.

Perhaps the frustrated cries of thousands of gamers have been heard by EA. They have announced that The Sims 4 will offer a “single-player offline experience”. The EA blog says:

The Sims 4 celebrates the heart and soul of the Sims themselves, giving players a deeper connection with the most expressive, surprising, and charming Sims ever in this single-player offline experience. The Sims 4 encourages players to personalize their world with new and intuitive tools while offering them the ability to effortlessly share their creativity with friends and fans.

I don’t have any details about exactly how the sharing ability will function. What I do understand is that The Sims 4 won’t require people to share anything at all with other players in order to access and play the game itself. Perhaps The Sims 4 will be able to avoid the problems that happened with SimCity.

Another interesting thing, at least to me, is that The Sims 4 is currently in development for both PC and Mac. As a gamer who uses a Mac, this makes me happy. Of course, we will all have to wait until The Sims 4 is released, sometime in 2014, before we can play it.

Just when you think you’ve heard the last bit of bad news from Electronic Arts (EA), more is revealed. On March 18, 2013, CEO John Riccitello resigned from the company. His position was temporarily taken over by Chairman Larry Probst, who was a previous EA chief executive.

Riccitello’s resignation was probably not a huge surprise to many. EA has had a history of difficulties with their games. In June of 2012, Star Wars The Old Republic (SWTOR) went “free to play”. Shortly after that, EA stopped reporting the number of subscribers the game had (which is never a good sign). Earlier this year, EA gained a lot of negative attention after the fiasco that followed the launch of SimCity. Many gamers were frustrated by the problems with the game, and felt that EA took too long before it acknowledged the problems or tried to fix them.

This month, EA announced that it will be retiring three of the games that are currently available through Facebook. Those games are: The Sims Social, SimCity Social, and Pet Society. They will be gone, forever, as of June 14, 2013. EA has been suggesting that players try out some of the Facebook games made by PopCap (which EA owns) instead.

Today, Kotaku reports that EA has done some layoffs, and is streamlining some of its divisions. Kotaku has published a memo from Larry Probst that was sent to workers while the layoffs were occurring. Here’s a piece of that memo that was released on the EA blog

In recent weeks, the executive team has been tasked with evaluating every area of our business to establish a clear set of priorities, and a more efficient organizational structure. This process has led to some difficult decisions about the number of people and locations needed to achieve our goals.

The workforce reductions which we communicated in the last two weeks represent the majority of our planned personnel actions. We are extremely grateful for the contributions made by each of these individuals – they will be missed by their colleagues and friends at EA.

Other portions of the memo note that Andrew Wilson will take on leadership at Origin (which EA owns). The Vancouver Sun reports that PopCap Vancouver and Quicklime Games studios are shutting down as part of the restructuring at EA. This resulted in some layoffs. Some PopCap Vancouver employees will be placed in jobs at other PopCap or EA studios.

Gamers who got really attached to their Sims games on Facebook are in for some sad news. Electronic Arts (EA) has announced that it will be retiring some of its games that are currently accessible through Facebook. EA is encouraging gamers on Facebook to check out titles by PopCap, instead.

What games are being retired? The announcement by EA states that The Sims Social, SimCity Social, and Pet Society will go offline on June 14, 2013. The games will no longer be available for play after that date. Why is EA doing this? According to their announcement:

After millions of people initially logged in to play these games, the number of players and amount of activity has fallen off. For people who have seen other recent shutdowns of social games, perhaps this is not surprising.

Why is EA suggesting players check the games from PopCap? It makes more sense if you know that EA acquired PopCap in 2011. Specifically, EA would like the gamers who are sad about the loss of the games that will be retired to try Bejeweled Blitz, Solitaire Blitz, and Plants vs. Zombies Adventures. These titles will be available through Facebook. The announcement from EA says that the company will be making a “special offer” to help players make a smooth transition to PopCap.

Alas, your Sims and Pet Sims will soon disappear, forever. Perhaps shiny jewels and creepy zombies will help you to get over that loss.